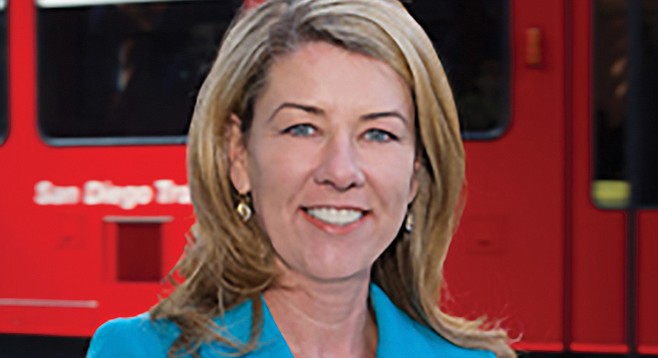 The long hunt for a new San Diego planning director may finally be nearing an end. When Bill Fulton, who had been hired by then-mayor Bob Filner, stepped away from the job last August, David Graham, a deputy chief operating officer for neighborhood services, dispatched a memo saying the new administration of Kevin Faulconer would launch a national search for a replacement. Nothing materialized until months later when a help-wanted ad for the position appeared on the city job web page. “The ideal candidate will be an experienced planning professional who is a visionary and inspirational leader with...an ability to manage a department with 75 employees,” said the notice, which initially bore no closing date. Last month, a February 6 deadline for applications was posted; the announcement of the job opportunity is no longer online.

What kind of hired hand may be expected? “The Planning Director must be capable of managing the department’s programs, efficiently managing the update of Community Plans, deploying the department’s resources in innovative ways to maximize effectiveness, and raising the City’s national and international profile,” the job announcement said. Applicants with special PR skills are likely to find favor with Faulconer, the former public relations operative with eyes on higher office who has been diligently spinning himself and the city in repeated promotional trips to the East Coast.

Ex-U-T San Diego reporter Elizabeth Fitzsimons has become the new director of marketing and events at the San Diego Regional Chamber of Commerce. She replaces Melissa Bonney Ratcliff, who was killed last October by an out-of-control car driven by a 91-year-old woman on La Jolla’s Girard Avenue.

The onetime aide to vice president Al Gore and press secretary for the Democratic National Committee, Ratcliff had worked at the chamber for only six months before her death. After the tragedy, U-T columnist Diane Bell wrote, “A colleague mentioned that a 92-year-old family friend living in Massachusetts just renewed her driver’s license for its standard five-year period. That means she’ll have a valid license with no interim testing until age 97. Scary, huh?”

Fitzsimons moves over to the chamber from Rady Children’s Hospital-San Diego, where she was the senior director of marketing and communications. “An accomplished communications professional, Fitzsimons is a strategic leader, marketer, and storyteller,” says a chamber news release.