Breaking down the stages 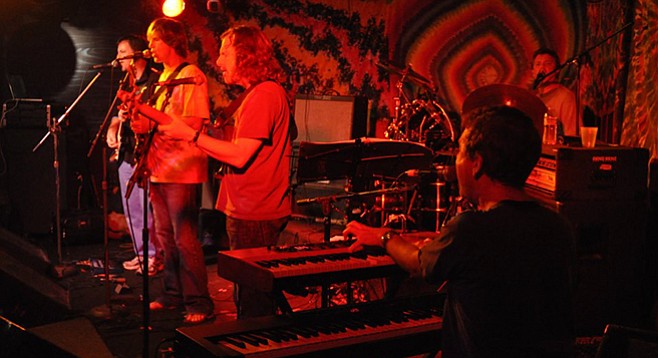 At this time, the Reader’s Local Music Database lists 1610 upcoming music events on our Shows page, taking place at 224 venues. Over 1300 are live-music events, with the rest mostly DJ and karaoke sets. 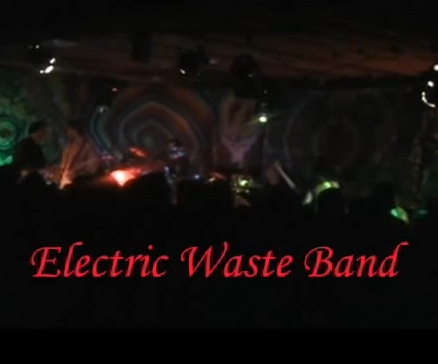 The group with the longest local residency is the psychedically inspired Electric Waste Band, which has been appearing at Winstons in O.B. every Monday night since 1992, with a 23rd Anniversary party planned for February 23. Among the busiest bands, Americana/folk rock duo 22 Kings usually has around two dozen upcoming shows listed, taking place at venues from Santee to La Mesa, Rancho San Diego, Temecula, and Fallbrook. Their next performances are February 14 at Hooley’s La Mesa and February 15 at Renzoni Vineyards in Temecula.

The busiest individuals include Robin Henkel, who performs around town several times each week as a solo act and with Whitney Shay and Billy Watson (as well as bringing in the occasional horn section). Gilbert Castellanos has weekly jazz jams at North Park’s Seven Grand, as well as appearing regularly at Croce’s, where he also periodically presents his “Young Lions” series, introducing local up-and-comers, and at venues such as Dizzy’s and the Westgate Hotel.

As far as playing in the most bands at one time, Rob Crow seems to have handed that crown over to Alfred Howard, currently listed on the roster of five different bands: Midnight Pine, Heavy Guilt, K23 Orchestra, Black Sands, and Rebecca Jade & the Cold Fact. The longest-lived local band appears to be West Coast Iron Works, formed in Coronado and extant since the early 1960s.

Among the bands that played the most local shows in 2014, Adrienne Nims & Spirit Wind are clear contenders, though the duo of Kenny Eng and Rob Deez are also managing to play out multiple times each week, as does the mulit-genre multi-instrumentalist Joe Cardillo.

Additional database data: For live shows, rock is the genre staged most often, averaging around 200 rock bands and performers each week, followed by folk and acoustic acts (around 100 weekly) and then jazz ensembles (at least 40 per week).

More Local Music Database data - among local musicians, the most common first name is Chris (176, plus another 38 Christophers). Among the 9,561 local musicians listed, 1,071 are drummers. There are 3,984 local band pages, with discographies containing data on 4,121 albums and EPs. Currently, there are 1,127 playable local MP3s on the band pages, all linked to all event pages where any performer in the Local Music Database is appearing. To add or edit a local band page, start at http://www.sandiegoreader.com/band/edit --