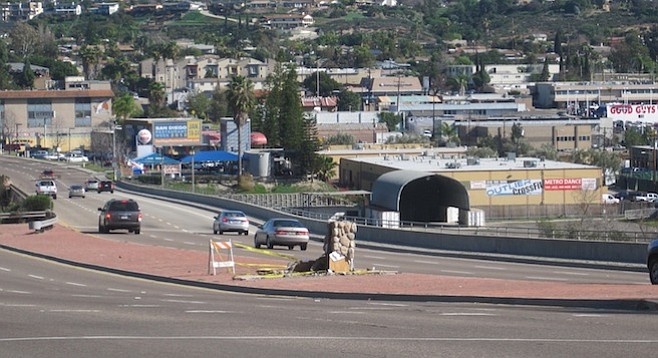 During the first week of February, more details emerged from the San Diego Police Department about the December 15 hit-and-run incident involving a driver who struck and demolished the cobblestone-and-mortar Grantville/Mission Valley community sign and abandoned a 1999 red Dodge station wagon at the scene. Police found the vehicle where the sign was located, on the Friars Road median at the Santo Road intersection. 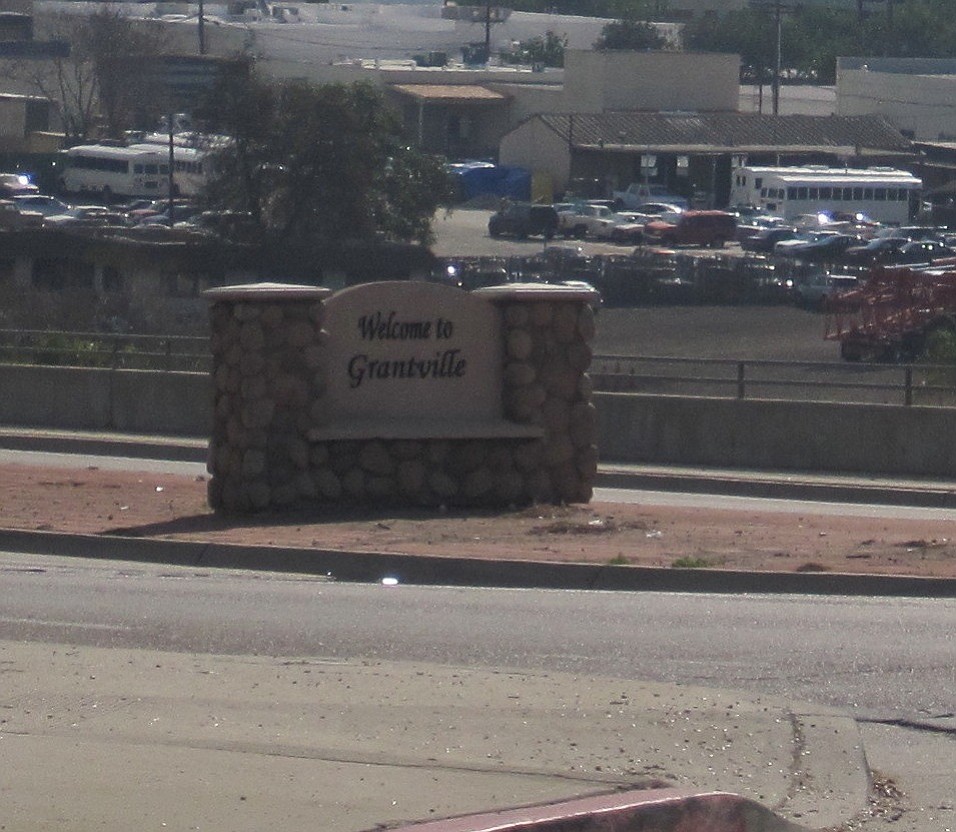 Until the collision, the sign viewed by eastbound drivers read, "Welcome to Grantville." On the other side of the sign was the message "Welcome to Mission Valley," according to Jay Wilson, Del Cerro Action Council president. "From a risk management standpoint, [the sign] had to be designed so it was considered a breakaway [hollow] sign if it was ever hit," he said in a February 3 email.

Replacing the sign could cost "anywhere from $20,000 to $30,000, depending on the design and permits," according to Liz Saidkhanian, a staffer in District 7 councilman Scott Sherman's office. She said in a February 5 interview that sign materials range from cement for the Linda Vista sign to wood for the San Carlos sign.

Saidkhanian reported on the hit-and-run at the January 26 Navajo Community Planners, Inc., meeting. She said the driver "plowed into" the sign and left an "older vehicle" there. When asked for additional information, she referred me to the police media relations office.

Police on December 15 received a radio call at approximately 3:15 a.m. about an auto collision, according to February 4 email from officer Ashkan Roshanzaer of the traffic division. Police "found the vehicle, but did not locate the driver or any passenger. The vehicle was impounded as evidence during the commission of a crime," he wrote. The crime, hit-and-run, would be "a misdemeanor charge because no one was reported to be hurt."

My email contained other questions, but Roshanzaer said he did not have the report, that the police records department did. He also wrote that the vehicle was released to the owner, and "the owner took responsibility for the damage caused by his vehicle."


I contacted media relations, and spokesman Humberto Hernandez on February 5 referred me to traffic records. I emailed a report request, and officer Jericho Salvador responded, "Traffic accident reports are confidential [California Vehicle Code 20012]" and only available to people such as drivers, passengers, and attorneys representing clients.

A call to lieutenant Scott Wahl in media relations produced more answers by February 6. Hernandez wrote that the vehicle "appeared to be traveling westbound" and was "located on the center median."

Roshanzaer said in an email that information about the driver was "undetermined," and "the driver stated he left the scene because he did not have a driver’s license or auto insurance. There weren’t any witnesses to the collision, therefore charges have not been filed. No one can identify the driver."

More was known about the fate of the red station wagon. The registered owner paid for "towing and other fees." The owner "never picked up the vehicle" and "signed and released the title to the towing company." The company sold the 1999 Dodge to a junkyard.

Sherman said in February 6 email, "Community signs are an important part of our neighborhoods, and I am committed to getting a new sign up as soon as possible. The destruction of the sign is a part of an ongoing investigation with law enforcement, and risk management is still assessing who is responsible for the damage.

The sign was installed sometime in 2007. Word was that it was paid for from money from the D7 council office and perhaps some from Archstone, too. Almost as soon as the sign was up, it was vandalized. The lighting was ripped out. I presume for the copper. Really, until recent months the sign was an eyesore, because it collected trash and debris. Ultimately, the Allied Gardens Community Council led the way in cleaning this up.

I am a little confused. So the police know who owned the car. It was not reported stolen. The person who was driving the car said they left it because they had no license. The owner of the car acknowledges that they are responsible for the damage. So is this car owner going to replace the sign?

First he is driving a "station wagon" add to that he has no license and no insurance so my guess is that you "can't get blood out of a rock".

What "permits"? How much is that supposed to cost? What would "permits" accomplish? Why not forget the paperwork and just build a sign?

He also wrote that the vehicle was released to the owner, and "the owner took responsibility for the damage caused by his vehicle."

So there's no problem, right? The owner will be writing a check, correct? Wait, why do I have a feeling that isn't the case after all?

It seems odd that the names of these people--the driver and the car's owner are not being released...

"Build it and they will come . . . and run into it and destroy it." Nothing within 50 feet of a busy street is safe from being hit by an errant vehicle. If it is replaced, the new sign will have a life expectancy of less than ten years.