Final letters of the year 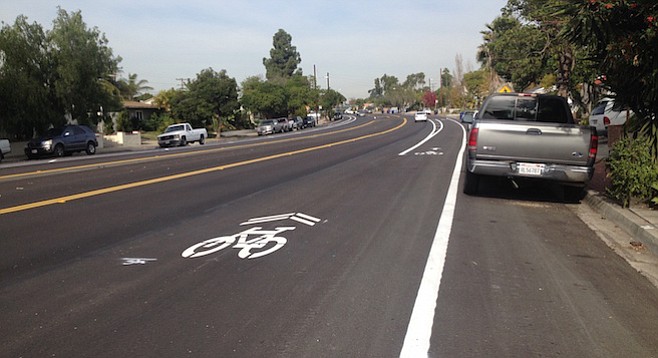 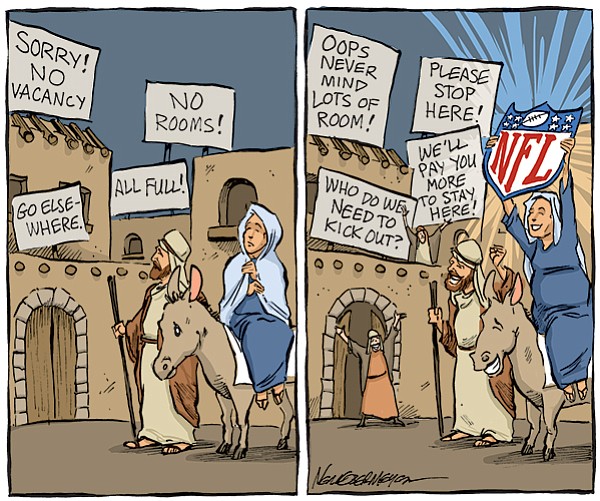 Neal Obermeyer, Mary, Joseph, and the NFL. Reader, you finally got it right. Merry Christmas. 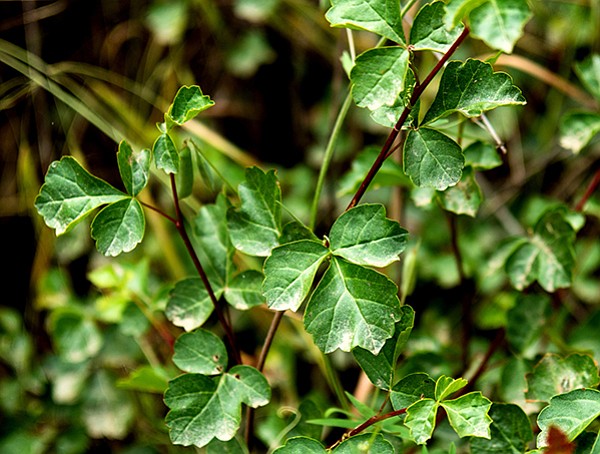 Things Were Different in ’66

Concerning Roam-O-Rama, December 24, that picture there of the plant — some politically correct weemy changed the name of squaw bush to basket bush. I heard somebody else — some nursery man— say once, “Oh, that’s a pejorative.” Well, in all of the books on California native shrubs, it’s squaw bush: Rhus trilobata, a member of the sumac family.

I’ve got oodles and oodles of books on native plants that call it squaw bush. I’ll give you the name of one: Native Shrubs of Southern California by Peter H. Raven, published by the University of California Press in 1966. That’s just one of many.

For some reason, the politically correct pussies all decided we mustn’t say “squaw.” Oh, that’s a nasty word. We must change the name to basket bush.

I just get fed up when I see all this politically correct shit — all these people who don’t have guts. Pocahontas was a squaw; she wasn’t a basket maker.

I read the article on the closure of the lanes on Genesee and Clairemont Drive to one lane to accommodate bicyclists. I think it’s a terrific idea, and I was thinking that maybe we could expand that and carry it into other streets where bicyclists would be able to use the lanes — like Highway 52, which has a whole lot of accidents. Let’s make 52 one lane each way and let bicyclists use that so they have a safe place to ride.

Then, I was thinking about 805. We could cut half the lanes on 805 so that bicyclists could use 805. Maybe we could even have a pedestrian lane. Once all those people can’t use their pesky cars, then they’ll be able to walk to work. They can leave a couple hours early; it won’t hurt them.

Or maybe we could go back to horse and buggies! The only problem there is a pollution problem, but we could take care of that easy enough. The bicyclists and the pedestrians would be able to walk or ride wherever they want. Only thing is that the bicyclists might run over the pedestrians, because the stop signs and red lights weren’t made for bicyclists— everybody knows that.

After we get all that done, we might take a look at Route 5.

Walk, Ride a Bike, or Take a Bus

Too many of our politicians and others who make decisions that affect all of us think only of the scattered few and forget about the vast majority of citizens.

“Mixed Reviews on Bicycle Lanes” tells us that the Clairemont Community Planning Group voted to eliminate an automobile lane on one of the area’s main north/south corridors in order to create a bicycle lane for use by a relatively miniscule number of people. The thousands of people who drive Clairemont Drive between Balboa Avenue and Clairemont Mesa Boulevard each day will now face slowing and congestion in order to accommodate a few on bikes.

Community groups and others who make these bad decisions are influenced by our elected officials such as Mayor Faulconer and Councilmember Todd Gloria who want you to mostly stop driving and either walk, ride a bike, or take a bus. Their plans include effectively closing thousands of automobile lanes throughout San Diego by allowing bicyclists to use them, meaning cars must go slowly behind the bikes or switch into the other, probably very congested lanes. All lanes that contain that painted bicycle with two arrowheads above it can be used by slow bicyclists.

If our mayor and others get their way we will, in the future, have many more bicyclists than now, and those bicyclists will effectively close thousands of automobile lanes to cars. Mayor Faulconer, Todd Gloria, and others with their mindset should not be re-elected to positions where they can harm the citizens they are supposed to help.