Riprapped in the nick of time

“This beach has been changing every day,” said a patrolling lifeguard. 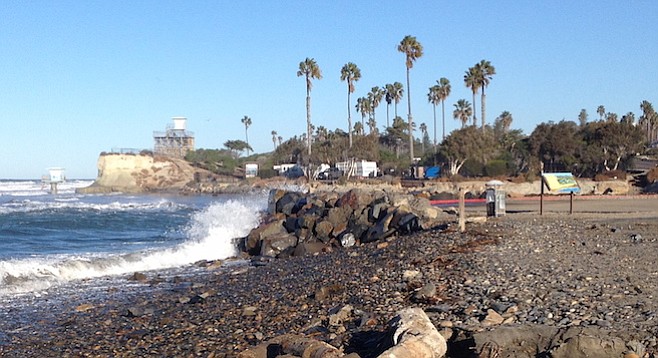 After applying for California Coastal Commission permits, work began on December 21, just one day before the king tides — tides of over seven feet were expected to pound the Cardiff coastline. The morning tides, which occurred December 23 through December 25, took away sand and threw seaweed and cobblestones into the parking lot.

On Christmas morning, overlooking the swiftly moving water exiting the mouth of the San Elijo Lagoon, at the parking lot’s north end, a regular beachgoer said, “We surely would have lost this area,” as the high surf splashed up the newly placed riprap boulders protecting the lot’s cul-de-sac.

“This beach has been changing every day,” said a patrolling lifeguard. One can’t help but notice the massive loss of sand up and down the coastline. 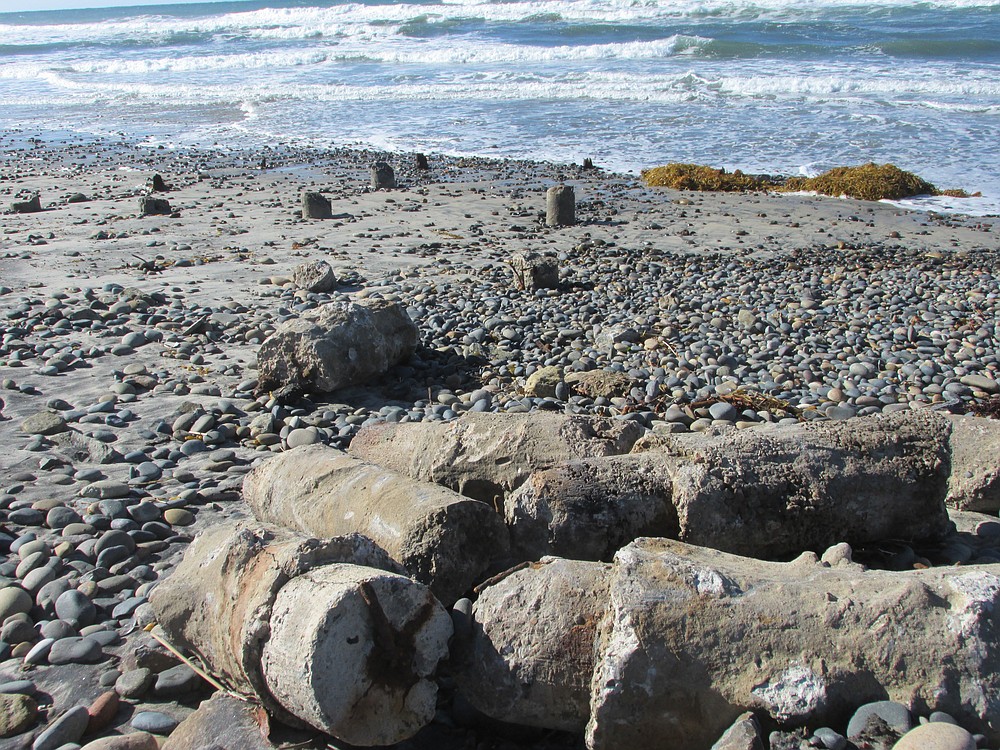 Several barrel-looking concrete pieces either washed up or became exposed, some with wood or rebar sticking out. These are presumably the bases of pier pilings from the old Cardiff pier, which fell into the ocean almost a hundred years ago. “We’ve been surfing over these for years,” said the lifeguard.

“We’re all really concerned what will happen with this winter’s predicted storms,” said the lifeguard. In the El Niño year of 1982-’83, waves crashed into the three beachfront restaurants, washing away tables and chairs. In the last El Niño of 1998-'99, Coast Highway 101 was closed numerous times when high tides threw cobblestones across the four-lane road. Riprap boulders placed back in 1999 have protected the road since.

The City of Encinitas declared an emergency situation two weeks ago when large sections of the highway adjacent to San Elijo Lagoon threatened to collapse: the lagoon’s outflow was eroding large rocks near the Kraken bar and the lagoon’s Coast Highway bridge, forcing the closure of the one northbound lane. The city finished that repair project on December 14.

Did they GET the permits? The CCC, the City, the State, and everyone in between would be looking to burn at the stake any private land owner who used riprap to protect their property without having ALL of the paperwork and red tape and bureaucracy and massive fees paid first.