The show can't go on

“I asked him if everything was okay. He said no, and he just fell backwards.” 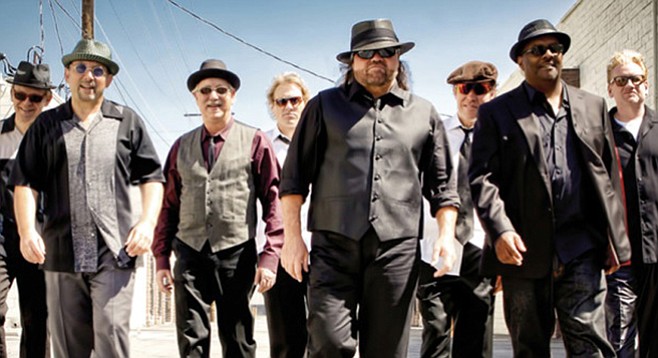 While no local rockers have been caught up in anything like the Eagles of Death Metal disaster in France, there are plenty of wild stories that bands and promoters tell about onstage drama they experienced over the years.

Guitarist Joey Harris was a member of the Beat Farmers until it all ended 20 years ago. The rowdy country-rock quartet was San Diego’s most recognized band during its 12-year run.

“We were at the [now defunct] Longhorn Saloon in Whistler, British Columbia,” Harris tells the Reader. “We were on our third song. Everything was great. [Guitarist] Jerry Raney started the song and Dan [McLain, best known as Country Dick Montana] was supposed to come in on the drums. But instead he just started tapping on the high hat. I went over and asked him if everything was okay. He said no, and he just fell backwards.”

McLain died onstage. “He was the San Diego alternative-rock scene before the Casbah.” 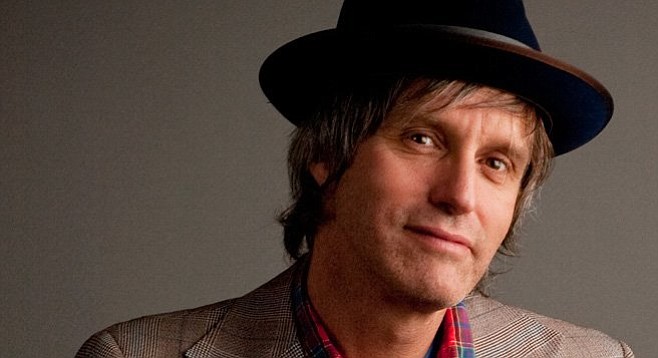 "After a lot of tests they decided I had two mini sub-acute strokes.”

It was October of last year that Steve Poltz had an onstage stroke while playing in Wilmington, Delaware. “I blacked out onstage,” he wrote to his fans. “I suddenly lost vision in my right eye and got disoriented and all fuzzy...after a lot of tests they decided I had two mini sub-acute strokes.” Poltz has fully recovered.

Lou Niles, co-host of the Loudspeaker local music show on 91X, recalls how Inch, signed to Atlantic, had to think fast during a 1994 Tucson show. “Stimy’s knee completely gave out on him,” Niles says about lead singer Michael Steinman. “He eventually got crutches, but that night we had to duct tape his knee up like it was a cast so the show could go on.” Steinman, 38, died in 2010.

Cory Stier was a scene regular long before he booked the Irenic or the Soda Bar. “I remember one Locust/Rocket From the Crypt show in the ’90s at the [now closed, all-ages] Scene [on Clairemont Mesa Boulevard].” This was when the Locust still appeared in insect costumes. “Gabe Serbian [Locust drummer] was really sick. I remember he threw up onstage all night. It was quite a show.”

Jack Mack and the Heart Attack, an eight-piece blues and R&B band with a Tower of Power–like horn section was sort of the Belly Up house band in the ’80s and ’90s, usually playing the Solana Beach venue twice a month. While playing at the 1996 Olympics in Atlanta’s Centennial Park, a bomb went off near their stage, killing one woman. It was noted by Newsweek as the first fatal U.S. terror attack aimed at civilians.

Independent promoter Joe Troutman recalls an onstage event at an Oceanside show in which he booked local metal band Dead Vengeance with Havok, Cage, and Nihilist. “The [Dead Vengeance] drummer had a full-on seizure while he was playing. We stopped the show but he said he wanted the show to go on. So they started up again. And he had another seizure. We tried to tell him to quit but he refused. They came back and finished their set. It was the most metal thing I’d ever seen.” 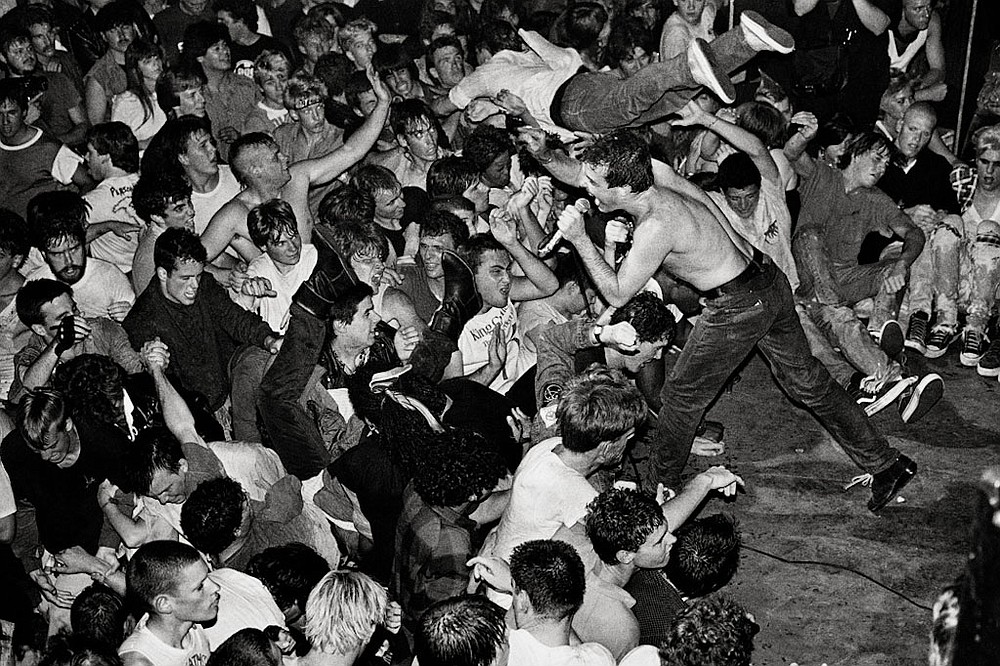 At a Dead Kennedys show at the California Theatre in the early '80s, "Four busloads of cops in full riot gear show up and close the place down."

“We did the Dead Kennedys at the California Theatre,” he recalls about an early-’80s show at the long-closed venue adjacent to 4th&B. “Four busloads of cops in full riot gear show up and close the place down.”

Procaccino worked the first Humphreys Concerts by the Bay season in ’82. “David Lindley is as mellow as you can get,” he says about the multi-instrumental string artist who headlined a sold-out show that first season. “Some Harbor Patrol guy shows up with five other guys with billy clubs. He told everyone on a megaphone that the music was too loud and this was an illegal assembly.” Procaccino says he pointed out that if the cops did not have three signed complaints that they had until 10 p.m. to play. “I told him if Lindley didn’t get to finish there would be a riot.” He says they backed off and allowed two more songs. “Humphreys had a capacity of just 500 back then. But there were 500 people who were ready to throw chairs.”

Winning the award for the ultimate exhibition of bad taste at a family-friendly event may be Hank Williams III’s headlining show at the 2006 Fiesta del Sol. “Hank Three” peppered his set with obscenities and defiant hillbilly tirades telling the city of Solana Beach and security guards to fuck off and for fans to mosh up a storm.

San Diego’s most memorable onstage spectacle was not musical, however. It was the 1987 appearance by comedian Dick Shawn at a packed UCSD Mandeville Auditorium. Shortly after the show began, Shawn (Hitler in The Producers) collapsed onstage. The crowd thought it was part of the act. He was prone on the stage for over five minutes until his son called out from the audience for help. He’d had a massive heart attack.

Good rundown - there was also the June 16, 2001 Snoop Dogg show at Coors Amphitheatre, where alleged gangmembers were pulling speakers from the stage and trashing them, forcing Snoop to leave the stage after only around 45 minutes. According to witnesses, it had nothing to do with the music - the people onstage were wearing blue colors. Offending/offended audience members were wearing red.

As house lights came up, the sound of microphones being slammed to the ground while still amplified was mistaken by some to be gunshots and a minor panic ensued, as cops lined up on the stage. Everyone lived to tell, but Snoop's tour bus was pulled over in Temecula. The police smelled marijuana smoke, searched the bus and found 300 grams of pot. A member of Snoop's entourage claimed possession of the herb, was cited for misdemeanor possession, and released.

I guess the final sentence should have been clearer. It should have read: "He'd had a FATAL heart attack." http://www.nytimes.com/1987/04/19/obituaries/no-headline-625287.html