Aji panca and purple corn juice add to the fun 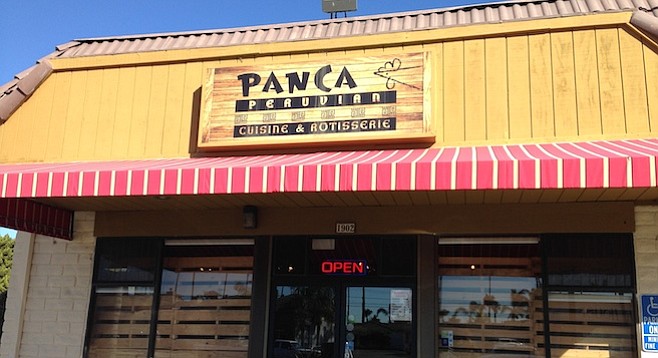 If you've never been to South Oceanside — and I'd wager most haven't — you probably don't imagine you're missing much. Lately, you'd be wrong. Urge Gastropub's on the verge of opening a spacious 42-tap brewpub with a 300 bottle whisky list. And Revolution Roasters recently brought quality coffee to this quietly happening stretch of the 101.

Nestled right between them is Panca Peruvian Cuisine & Rotisserie. I spotted it a couple times driving by, its name simultaneously telling me what to expect, and making me crave it.

Panca's not new to the area — Cordon Bleu trained chef Iole Revilla opened the place in 2012, pairing her culinary skills and native Peruvian tastes. Panca refers to the aji panca, a mild chili pepper native to the South American nation that informed a lot of indigenous Incan recipes. If eating here is any indication, that was one tasty cuisine.

The small dining room is decorated with photos of peppers, large kernel Andean corn and the obligatory shot of Machu Picchu. Repurposed shipping pallets balance against brick walls to lend a bit of rustic vibe.

I walked in around lunchtime to find a decent weekday crowd for a tiny restaurant, and noticed most of the dozen or so diners were too busy eating to speak to one another. I grabbed a table and perused the short menu, which actually offers plenty of enticements. There are $9 sandwiches including slow-cooked pork chicharron and slow cooked beef asado. Entrées included sautéed beef lomo saltado and a cilantro beef stew called seco a la limeña, each at $13.50.

But I couldn't be swayed from the rotisserie chicken: $8.25 for a quarter, $11.50 for a half, and a whole starting at $18.50, depending on side options. Those include fries, sweet potato fries and Peruvian rice, a long grain white made with diced onions and garlic. There are also side salads, including quinoa, Caesar and Panca, which features chopped asparagus and artichoke hearts. 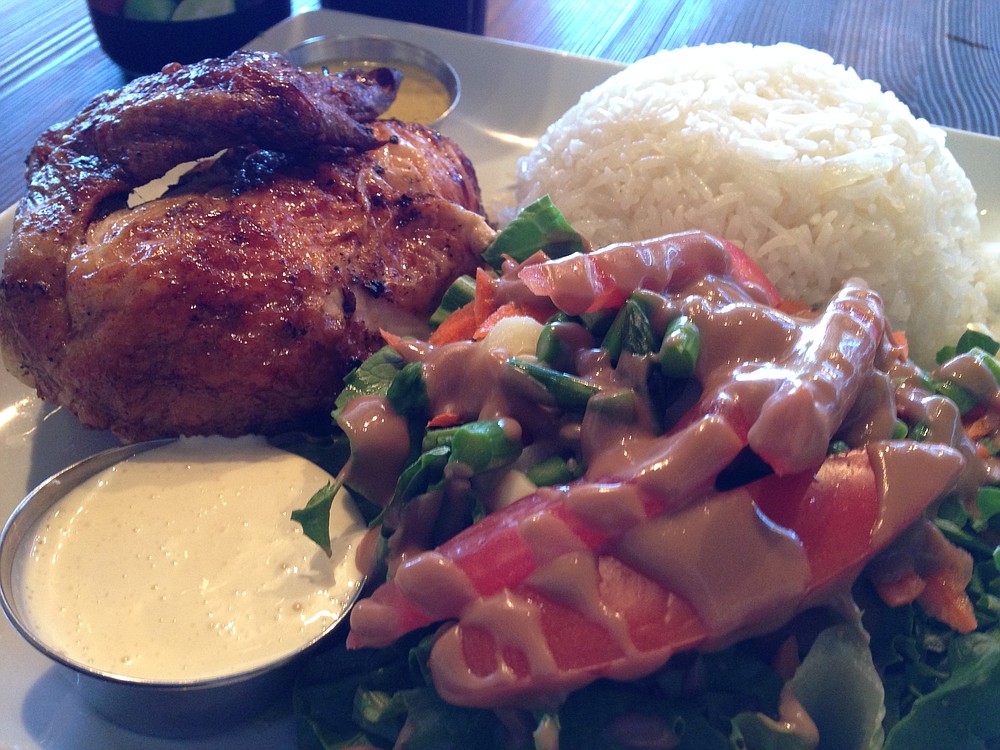 Without doubt the best bang for your buck lunch in Oceanside at $6.50.

I was deliberating between a quarter and half chicken when my waitress mentioned the $6.50 lunch special — a quarter chicken with a small salad and side dish. For that price I was willing to add one of the unusual drink options. I considered something called Inca Kola, or maybe the maracuya, aka passionfruit juice. But chicha morada was the one I couldn't imagine. Purple corn juice, sweetened with a little pineapple juice.

The drink, served by the bottle, was fun to try. But the food was fun to eat. The Panca salad and rice were really good, and the chicken outstanding. Tender, succulent, with a beautifully spiced crispy skin. It was served with an aji panca sauce and a garlic aioli, and my waitress suggested using them both on the chicken, and with the rice if I liked. I liked. The hormone free, two-day marinated bird was on point, and left me wanting more. Next time, I'll order at least a half.