...to popular bands and their fans 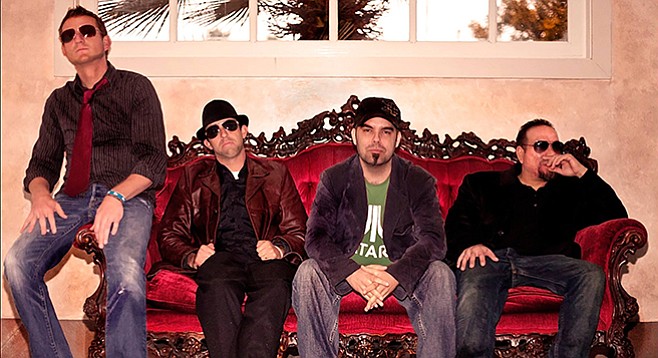 Scott Weiland’s recent death may increase sales of his records, but fans may want to hold off on honoring his musical memory by starting a tribute band.

“There are a dozen Stone Temple Pilot tribute bands around right now. The market is saturated,” says Michael Twombly, co-owner of Music Zirconia, a Kearny Mesa–based agency specializing in booking musical acts that sound and look like superstar groups.

There may be another reason to hold off, Twombly says. A little thing called taste.

“You don’t want to make the mistake we did with Amy Winehouse,” he says. “About a month after her death, we sent out an email announcing we had an Amy Winehouse tribute show and we must have received 50 emails telling me I was a scumbag for capitalizing on her death. Really, the only celebrity death that has positively affected business was Michael Jackson.”

Twombly and his partner, Brent Meyer, have built Music Zirconia into the largest agency of its type in the world since starting in 2008.

“I had a Cure tribute act called ‘The Cured,’” he says. “I realized from my previous job that people give you more legitimacy if you have an agent. So I created the agency and added a couple of my friends’ acts onto the roster.”

For the record, Twombly’s previous job was as a standup comic for a female mud-wrestling troupe.

Twombly says that Southern California is a hotbed of tribute bands.

“There’s a lot of talent here, thanks to people who moved to Los Angeles hoping to make it,” he says.

Meyer has a strong opinion about what makes a good tribute band.

“You want to do a band that is playing stadiums, not the same places where you would be playing,” Meyer says. “The Psychedelic Furs play the Belly Up Tavern, but so would their tribute band.”

Strangelove and the Cured

Twombly and Meyer not only book tribute acts for venues, they also connect musicians to “legacy acts” who need a replacement.

“Happens all the time,” Meyer says. “The Cars borrowed a bassist from a tribute band. Who else is going to know all the material or have the right outfit?”