There would be no Nervous Wreckords without the Killers 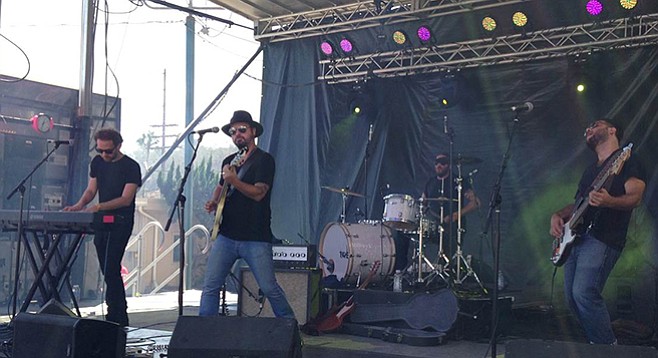 It’s been a busy three months for Brian Karscig and his brainchild, the Nervous Wreckords. In that short time span, his band performed at the KAABOO festival, he joined friends the Killers at their North Park Observatory gig, and reunited with his Louis XIV bandmates (Karscig first gained fame as the local group’s co-vocalist and guitarist) to perform at the San Diego Music Awards. Most recently, the Nervous Wreckords released a five-song EP of new music called The Nervous Wreckord Part 1. Taking a break from working on Part 2, due out March 2016, Karscig talked about his symbiotic relationship with the Killers, trading love for drugs, and getting in touch with his inner J-Lo.

Why did you choose to release the new material over two EPs versus one full-length album?

“I had eight songs pretty finished and didn’t want to wait to release all of them next year, so I broke it into two parts. With so much music out there and so accessible with Spotify and Apple Music, an album can be a lot to digest for many people. So it just made sense to do in two parts.”

"Let Them All Talk" 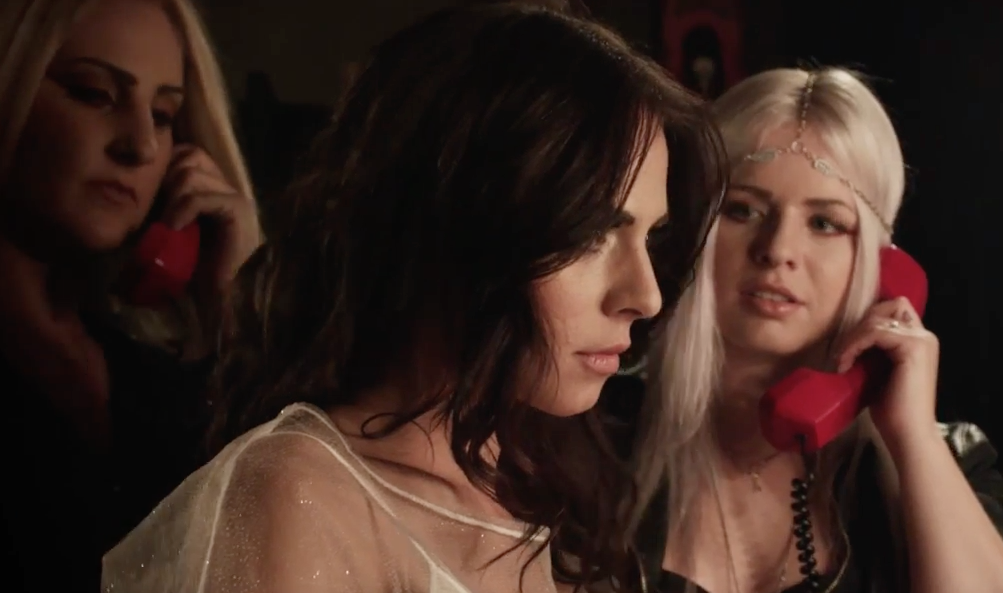 Official video by Nervous Wreckords from album of the same name

Tell me about your creative process while developing The Nervous Wreckord Part 1.

“No songs were written before I was actually recording. So everything feels spontaneous to me. The most exciting part for me when writing music is that discovery moment when you say, ‘This is cool. I have a pretty good song here.’ If I write something, rehearse it with a band, and then record, it can sometimes feel a little bland to me.”

How will the songs on Part 2 differ from what’s on Part 1?

“I am not 100 percent sure how Part 2 will turn out as a whole yet. The four song ideas I have go to the same party as the first EP musically, but are a little different topically. It’s been a year of relationship drama, traveling, getting older, etc. Since I write as I record, some of the songs can have different moods. It just didn’t feel right to have a breakup song next to ‘Just the Two,’ a love song. Shit...looking back, maybe it would have been cool.”

One of my favorites on Part 1 is a song about exchanging love for “Crazy Drugs.” Dare I ask the inspiration behind this song?

“It’s basically inspired by the old barter system. If you didn’t have money, you traded services for services or goods for goods. This [song] is inspired by trading ‘goods’ for a ‘service’ when money was tight.”

How did The Killers’ Brandon Flowers feel about you copping his guitarist, Dave Keunig, and bassist, Mark Stoermer, to play in The Nervous Wreckords?

“My relationship with those guys goes back a ways. They are the first guys to take the Nervous Wreckords on tour in 2010 for the ‘Day & Age’ tour. I didn’t even have a band when they asked me to come and open. So, it’s safe to say there would be no Nervous Wreckords without the opportunity those dudes gave me. Mark and Dave also appeared on Valuminium and Let Them All Talk.”

Will those guys be touring with you when you hit the road?

“Maybe they’ll sit in on a set for a song or two one day, but there are no plans to take them away from their day-job. The Nervous Wreckords has always been a solo project. It’s hard to say that without sounding like a dick. The lineup has changed throughout the years, but...some of the best musicians out of this city have played in this band, and I couldn’t be luckier.”

Is LOUIS XIV on again…or off again?

“Louis XIV is just one of those relationships that never goes away. I’d be a liar to say ‘everything was great’ when we called it in 2010. We all love each other, and I don’t think I will ever experience what I did with Louis musically, but after eight years of playing and touring together, it was time to take a break. We have all recently been talking about doing some shows and getting in a studio to see what comes out.”

As a producer who has worked with artists such as Anya Marina, which San Diego bands do you like right now?

“I really liked Birdy Bardot at [San Diego Music Thing]. I even wrote them at midnight after I saw them it was so good. Prayers has a cool thing going on...their whole vibe I really like.”

Freaky Friday: You can switch bodies with any living rock star for a day — who would it be and why?

“Great question. I don’t know...Keith Richards? I’d love to learn all his riffs, then come back to reality. Or J-Lo...I’d just rub lotion on myself all day.”