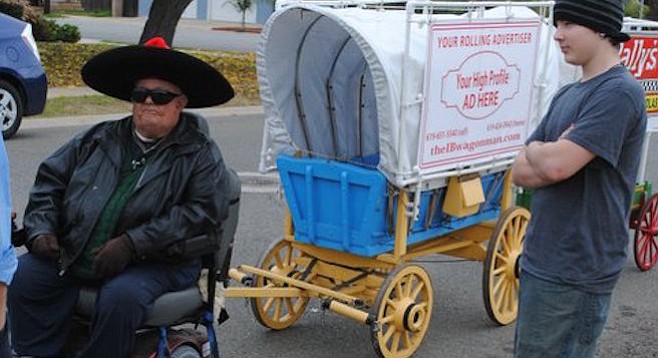 Imperial Beach lost one of its celebrated locals last month — Kermit Brown, known as the "Wagon Man" for the advertising-covered Conestoga wagons he used to pull around the beach town with his motorized wheelchair.

Brown, who died at the age of 78 on November 3rd, was a familiar sight on the streets of Imperial Beach for many years, appearing in several news articles and TV news reports.

"He loved wagons and wanted to share his love," said Brown's daughter, Kristina Hopper, in a recent interview. "He was trying to get out of debt also." 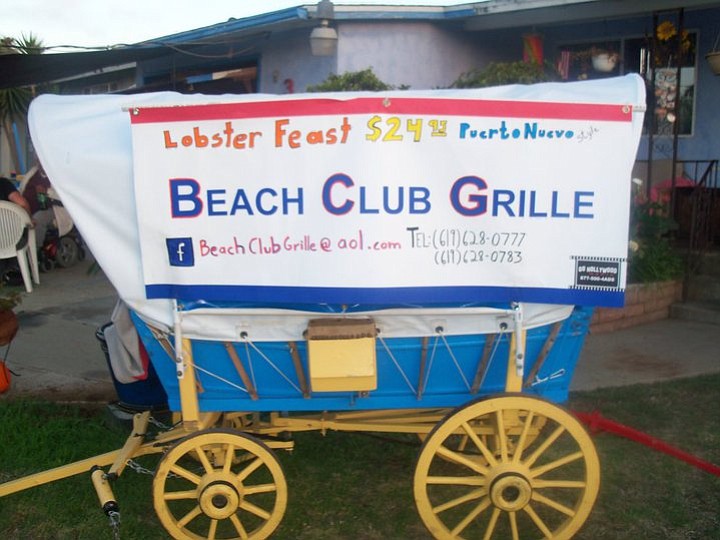 Brown was injured while serving in Vietnam in the 1960s, his injuries eventually leading to his use of the wheelchair. Hopper said her father started making the wagons sometime after retiring in 1975, initially to sell to collectors, but when business slowed down he started selling advertising on the sides and pulling them around Imperial Beach.

"My son gave him the idea: ‘Why don't you do advertisements on them?’ And people seemed to love it," Hopper said.

Social media was flooded with people's commemorations and well wishes to Wagon Man's bereaved family. "He was one of the unique characters that made our city a fun place to live," said Tina Liebelt on a Facebook page devoted to his passing.

"That guy was awesome,” Billy Helmers said. “I talked to him a couple of times and he was super nice."

“He loved talking to people, being out in I.B.,” Hopper said. "He loved working with his hands even though it was hard. He could make anything work. He was great at fixing stuff."

Heather Neale of Imperial Beach said Brown was "such a nice man, he was a neighbor for years and gave me a hand-carved cross."

Besides being the Wagon Man, Hopper said that her father had been a chef in the Navy and loved to cook, which he did for his church, where he was also a Sunday-school teacher for 30 years. "He lived for the Lord," Hopper added.