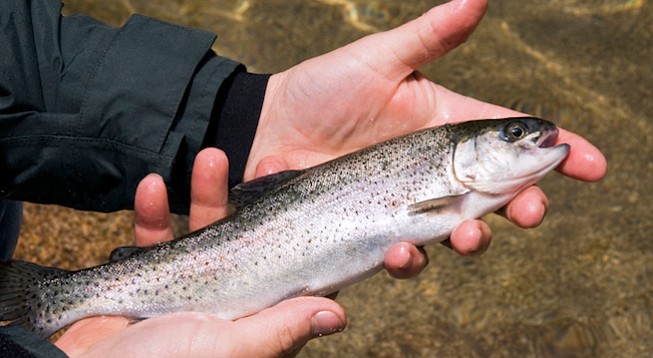 Inshore: Fishing inside and off the kelp edges has produced a few bass, sheephead, and lots of sculpin. The sculpin, however, are to be released by boat-based anglers (since September 1) and are expected to reopen on January 1, 2016. Sculpin are open to divers and shore-based anglers. The sand bass bite of the previous week seems to have died off. Part of the disparity in the counts may have been the number of local boats focusing on the resurgence of yellowfin early in the week within extended ½-day range. Though an occasional ¾-day boat finds some action on yellowtail and tuna, rockfish continue to dominate the local catch. A few barracuda and bonito are still showing off the edge of the kelp.

Outside: Though the number of anglers and runs were about the same as the previous week, the offshore counts dropped markedly on the tuna and dorado. The yellowfin numbers dropped from 2223 to 1036, skipjack from 474 to 208, and dorado from 30 to only 4 caught. Still, this kind of pelagic fishing is not normal this time of year. As long as the fish are out there and anglers want to try and find them biting, the boats with enough of a load will run surface trips. Offshore rockfish, when weather permits, has been very good for boccacio, whitefish, reds, and lingcod.

Freshwater: December 12-13 is opening weekend of the trout season at Lake Wohlford near Escondido. 6000 pounds of rainbow trout will be planted for the event, with 5 consecutive weekly plants of nearly 1000 pounds to follow. The lake is still producing some catfish, mostly caught on chicken livers and mackerel, and largemouth bass on plastics and the drop-shot. Lake Wohlford has a history of producing large fish, including a largemouth bass over 19 pounds, a 49 pound blue catfish, and a rainbow trout over 16 pounds. Rental rowboats, motor boats and bass boats are available. Private boats, canoes, kayaks, float tubes, trolling motors, fish finders, anchors, and other equipment that contacts the water are banned due to quagga mussel restrictions.