Travel insight in China's (and the world's) most populous city. 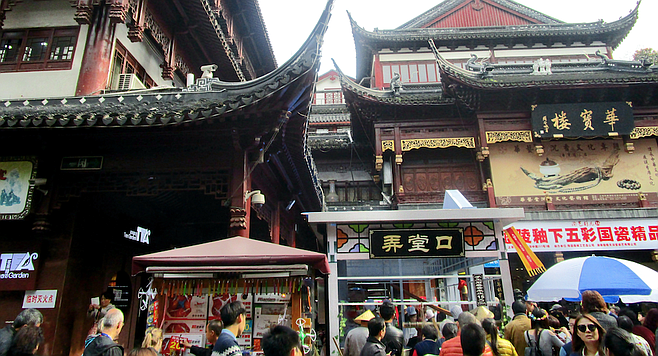 Floating down the Huangpu River on a late spring afternoon as the last gleam of daylight faded away, I watched as the skyscrapers of Shanghai gradually transformed into a multitude of flashing lights. 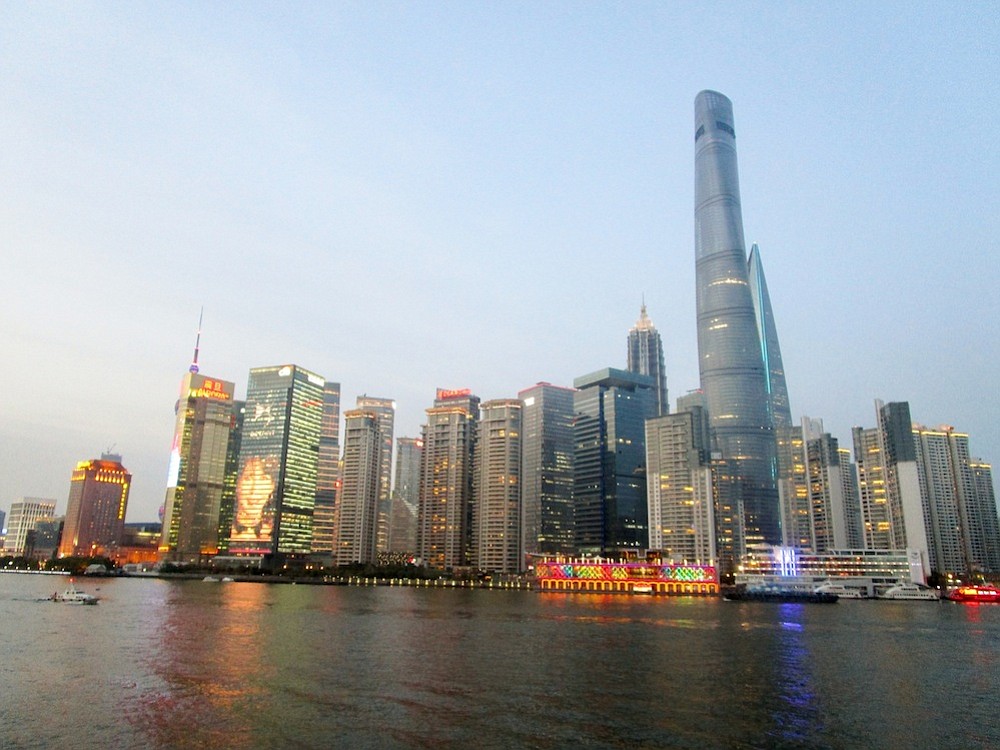 Locals and tourists gathered along the historic waterfront on the Bund, Shanghai’s most famous site, to witness the nightly transformation along the Pudong across the river. It was dazzling to watch as lit-up skyscrapers heralded the night in a phantasmagoric exuberance that seemed to celebrate the economic ascendance of China. Locals are justifiably proud of their skyline that's gone up with astonishing speed. A bevy of selfie sticks were held aloft for family photos on our river cruise boat with the skyline as their backdrop.

A city in a hurry

If Paris was the city of the 19th century and New York the city of the 20th century, Shanghai seems to me a prime candidate for city of the 21st century. With 24 million inhabitants – three times as many as New York City – Shanghai is the most populous city in the world. “The problem with New York,” a local noted,”is that every time I go back there it looks the same.” This cannot be said of Shanghai, a city in a hurry, and one with large ambitions. 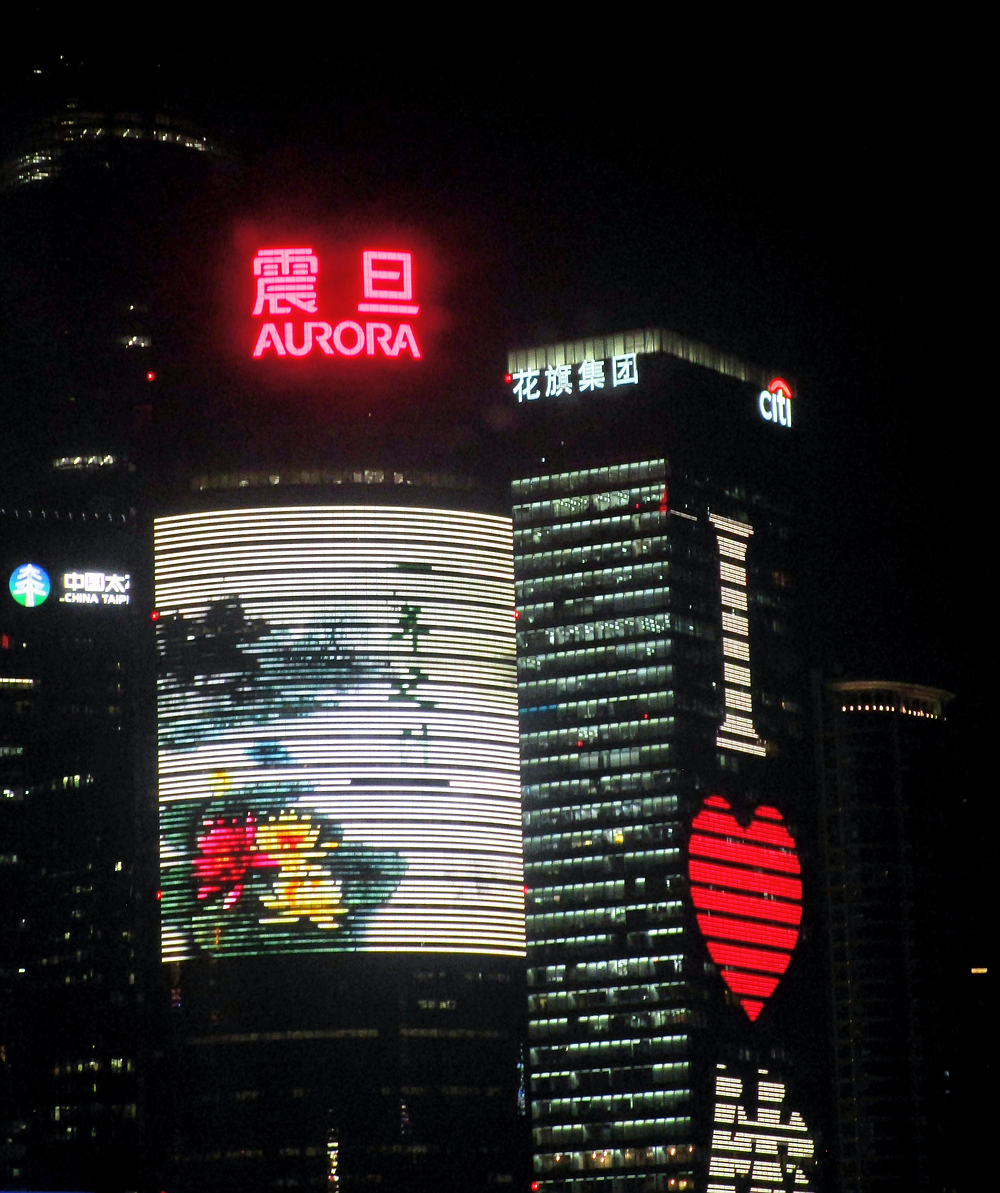 Shanghai’s geographical location as a gateway to the Yangtze River Valley has made it China’s preeminent commercial power for a hundred years. Upon arrival at the airport a bullet train can whisk you downtown in 6 minutes. Expanding seemingly unchecked, Shanghai's car traffic has increased fivefold in less than a decade. Four of the ten tallest buildings in the world are now in Shanghai.

To gain some perspective on the city and the stunning skyline, we scaled the Oriental Pearl Tower for a view. This is Shanghai’s equivalent of Seattle's Space Needle and a very distinctive piece itself in Shanghai’s architectural mélange. An observation deck with 360-degree views and an exterior deck with transparent floors is a draw for visitors. From here, the skyline is even more sweeping and impressive.

For a city with the smog and congestion problems of Shanghai, there’s a noticeable lack of green spaces. It seems like an obvious need to provide locals refuge from China’s infamous pollution – the hazy, pea-soup smog that kills a million people nationwide each year. As a result, some radical and innovative approaches are taking shape. The Shanghai Tower, China’s tallest building and one of the most innovative structures in the world, has offered the paradigm of a vertical city with green spaces, fresh air, and geothermal energy sources.

Our guide pointed out the row of modest residences and apartment buildings that were dwarfed by the multitude of high rises. “These will all soon be gone,” our guide, Peng, told us.

Residents will be compensated by the government, but it is still in the financial interests of the government to kick them out and build more high rises. The folks who live there are quite aware that their days there are numbered. I looked through the window of a bus filled with locals. Seemingly all of the passengers were looking down at their phones as the bus chugged along. 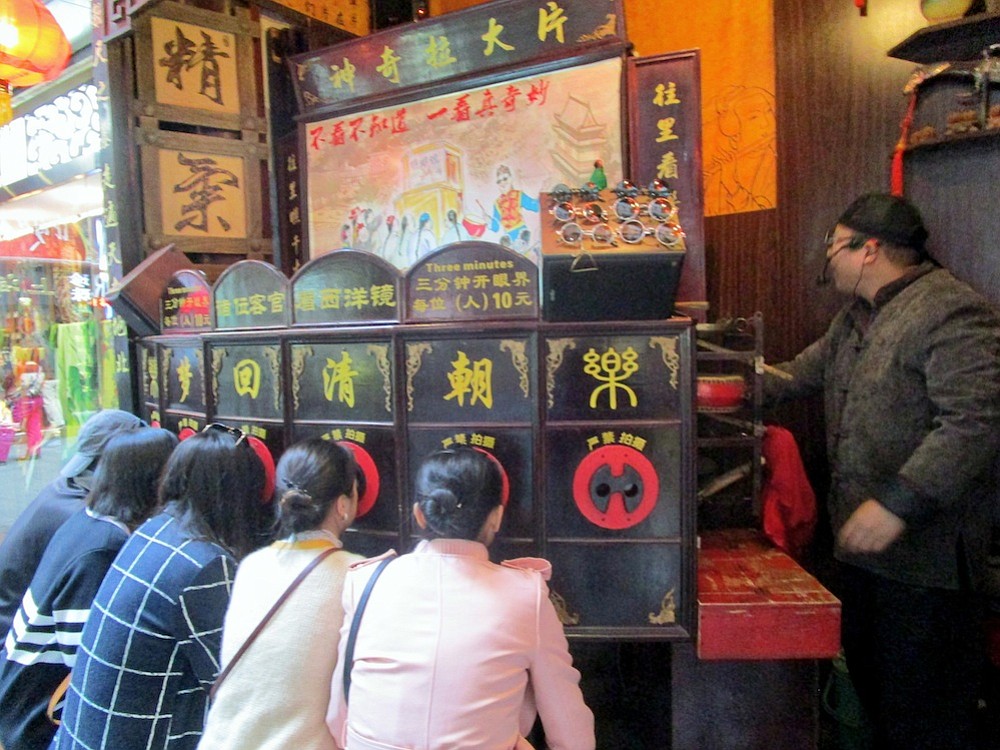 Despite the impressive skyscrapers and engineering achievements, it was the small, intimate moments of my visit that stay with me: a small group of locals enjoying a puppet show in the busy Yùyuán Bazaar, a presentation on how different teas target a variety of bodily ailments, a local riding a bike as he flashes me a wide smile, the sight of visitors to the Oriental Pearl Tower contorting their bodies for the perfect photo illusion to convince Instagram followers they're “falling” through the transparent glass floor.

In my few days in Shanghai, I experienced points of interest including the Jade Buddha Temple, Shanghai Museum and the Yùyuán Bazaar. The Shanghai Museum, one of the best museums in China, features a beautiful collection of Chinese landscape paintings that I lingered over as well as a striking collection of classical Chinese furniture. 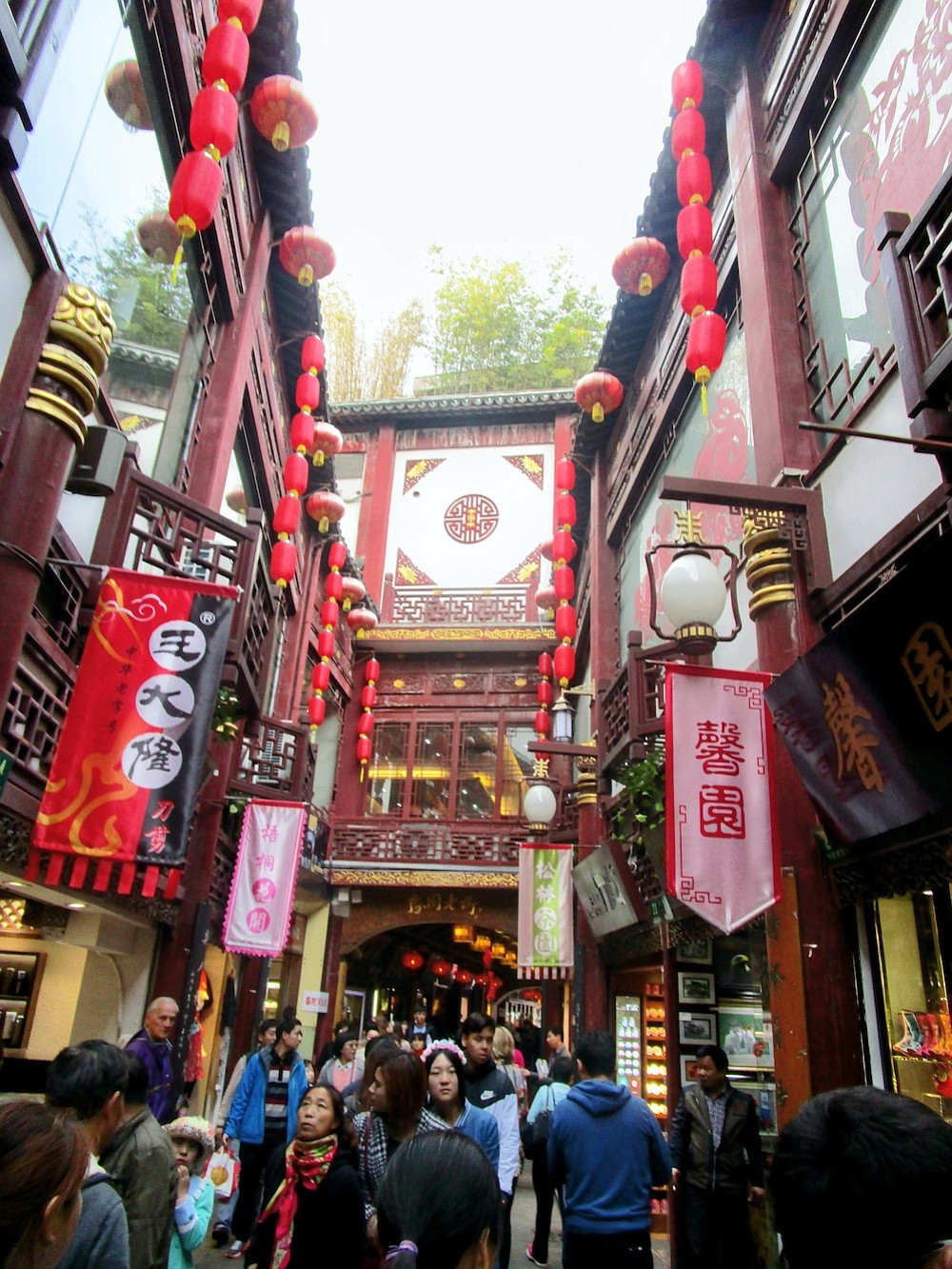 The Yùyuán Bazaar dates back to the Ming dynasty of the 15th century. It features over a hundred shops, a lotus pond, zigzag bridge, tea shops... and a Starbucks.

“You should have seen it years ago,” a fellow traveler intoned. “There were not as many shops catering to tourists. It was more of a haven for locals then.”

I wandered beside a multitude of shops selling everything from silk scarves to soup dumplings and enjoyed the pulse of the crowd, a mix of tourists and locals. 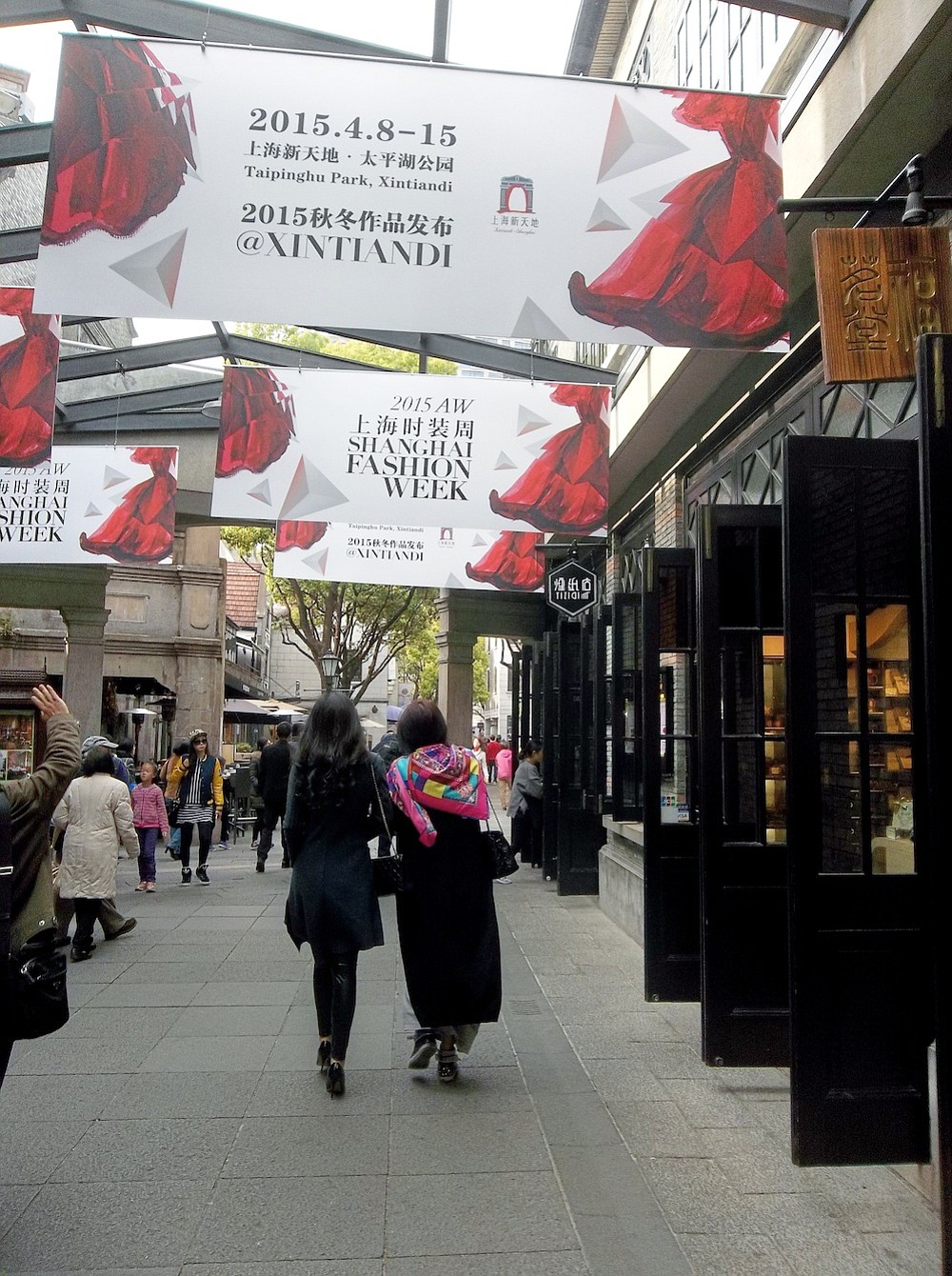 A center of wealth and fashion, Shanghai is often called the “Paris of the East.” As the Bund was the home of British and American financiers in the late 19th and early twentieth century, the French Concession was a French settlement that developed into the premier residential settlement in Shanghai. We admired this quiet enclave dotted with tree-lined streets, fashionable restaurants and bars, outdoor cafes, and shops exhibiting the latest fashions, including a striking exhibit of colorfully decorated shoes.

A trip to Shanghai would be incomplete without a performance of some sort, and we were particularly impressed with a mesmerizing acrobatic performance. Some of the incredibly talented acrobats looked to be as young as 12 or 13. It reminded me (but was not quite on the same level) of the transcendent performance of Shen Yun I saw in Escondido on Chinese New Year’s Eve a month before my visit.

Despite the futuristic impression of Shanghai, I was surprised to find that half of all Chinese still live on farms. Also, despite that much of the world now sees China as the world’s most powerful economic power, only about a quarter of Chinese see themselves that way. They still have a self-image of China as a big, poor country. A three-day visit to Shanghai might alter that view.