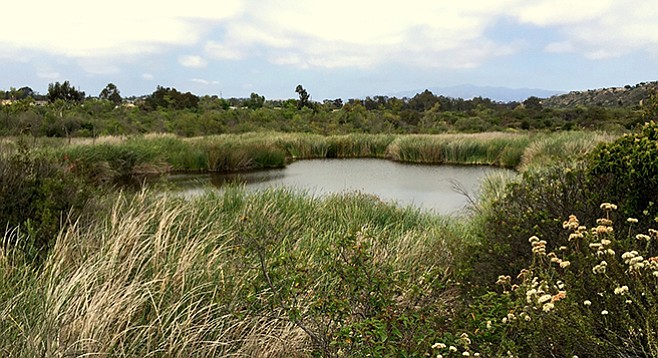 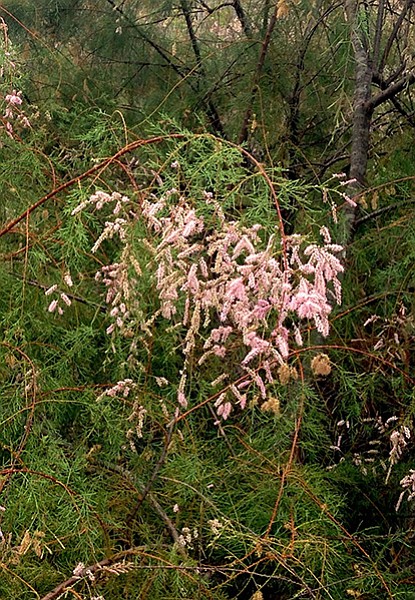 Tamarisk in the riparian areas

Otay Valley Regional Park (OVRP) is an open-space preserve with plans to link the San Diego Wildlife Refuge on San Diego Bay to the Otay River Valley and its headwaters in Otay Lakes and the San Miguel, Jamul, and Otay Mountains, a distance of 13 miles. The planning area encompasses 8869 acres. It is an area with a diversity of vegetation.

The trails in OVRP and its riparian woodlands, marshes, coastal sage scrub, and chaparral habitats make this a great opportunity for bird watching with many good spots to sit, listen, and observe nature. Here, one will find rare plants such as Orcutt’s bird’s beak and endangered birds such as least Bell’s vireo, the southwestern willow flycatcher, and the coastal gnatcatcher. Threatened insects such as Quino checkerspot and Hermes copper butterfly find sanctuary in this regional park.

The area has been continuously inhabited for 9000 years, beginning with the earliest bands of Native Americans that settled into the area. Lands today that include National City, Chula Vista, and Bonita were later included in Rancho del Rey during the Spanish period and then as Rancho de la Nación under the Mexican period. In 1868, the entire rancho was acquired by the Kimble brothers, who retained the name “National” with their purchase. Today, this area is under multi-jurisdictional planning control of San Diego County and the cities of San Diego and Chula Vista. 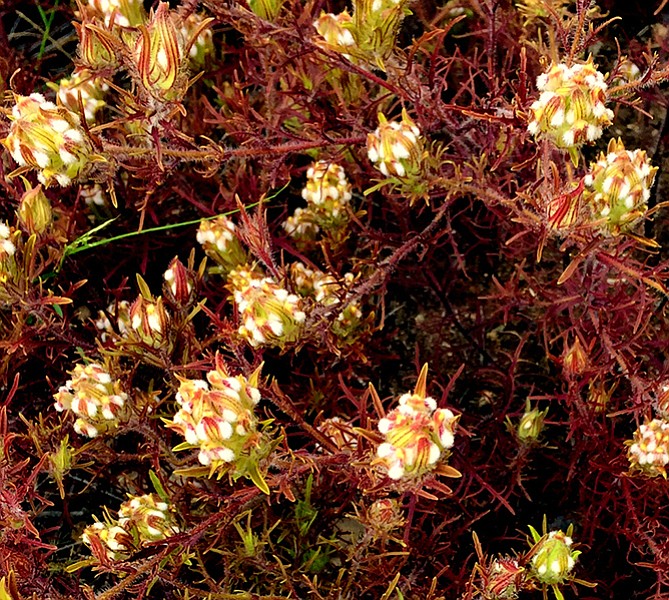 Orcutt’s bird’s beak, one of the area’s rare plants.

The early use of the area for cattle grazing probably led to the introduction of many invasive species, while others have invaded the area since that time. One of the most problematic species is tamarisk/salt cedars found in the riparian areas. These evergreen shrubs have scale-like leaves and are easy to recognize by the dense pink spikes at the branch ends when in bloom. Tamarisks are aggressive usurpers of water, outcompeting native plants and dispersing thousands of seeds when the wind blows. Other invasive plants include the extremely allergenic castor-bean plant, artichoke thistle, Canary Island date palms, crown daisies, and Peruvian pepper trees. 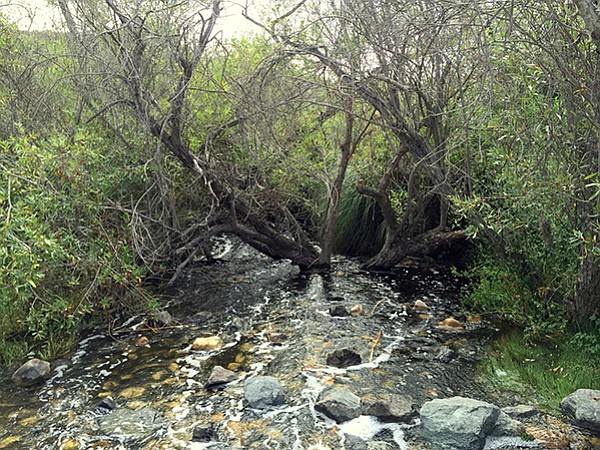 There are numerous official trailheads to this park, with about ten miles of trails that crisscross, but the best place to start a hike is at the ranger station at 2155 Beyer Boulevard. From here, you can do a 2-mile loop up one side of the river to Heart Pond and back (crossing the watercourse to Fenton Pond and the ranger station) or a longer 5-mile hike. A map is helpful because of the many intersecting trails. However, any choice is a delight for all hikers — novices will appreciate the wide, flat, meandering trails through the valley floor while all will enjoy the plant varieties encountered. Some of the more common plants include poison oak and broom baccharis along the trails; mule fat, cottonwoods, and sycamores in riparian areas; and flattop buckwheat, coast prickly pear cactus, coastal sage, black sage, chaparral pea, and jimson weed in the chaparral and coastal sage scrub communities.

Everyone is advised to use caution when wandering near the trail’s edge due to the proliferation of poison oak throughout the area that will be encountered almost immediately upon leaving the ranger station on Beyer Boulevard. Staying on the trails will afford a rare glimpse of wetlands, ponds, and streams and will keep one safe from contact with poison oak.

The Otay River is one of three rivers that discharge into San Diego Bay. It empties at the southern end of the bay while Sweetwater and San Diego river watersheds discharge further north. Check OVRP’s website, ovrp.org, for more information about the area.

Distance from downtown San Diego: 13 miles. Allow 20 minutes driving time (Chula Vista). Situated between I-5 and I-805 in South Bay San Diego. From I-5, exit Main St. E and drive 1.5 miles to Beyer Blvd. Or, from I-805, drive 2.5 miles west to Beyer Blvd. Turn south on Beyer Blvd. and drive 1 mile to the ranger station on the right (west) and park. The trailhead is across the street on the east side of Beyer Blvd.

THANK YOU 'The Canyoneers' for spotlighting a most special Park. As a self nominated protector of this great Park I found your article most interesting in your detailing of its history. Many south San Diego residents challenged efforts way back when an agenda item before the Council proposed Condos none the less in the river bottom.

So often I have watched families riding their bikes, walkers and runners enjoying themselves as they trek from one end of the Park to the other.

Just wish the off road riders would get the 411, and STAY OUT.