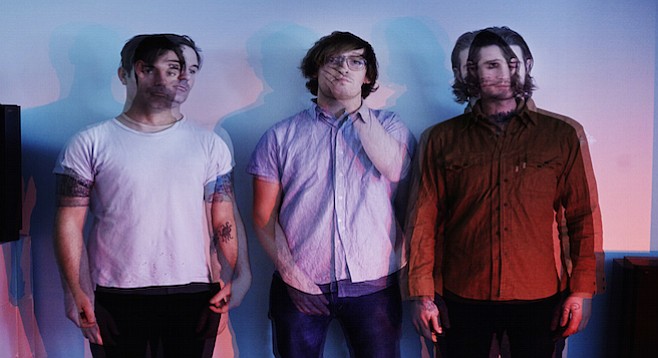 That a fan base committed themselves to Metz post haste is further proof, I think, of the theory that every person has at least one big primitive scream locked up somewhere deep inside them that, for reasons unknown, they just can’t turn loose. Enter Metz, and get ready to be punched in the guts and love it. From the band’s publicist: “The guitars are titanic, the drums ill-tempered, the vocals chilling, and the volume worrisome.” If you’re not already hip to Metz, well, that pretty well sums up the experience. The seasoned rocker will hear those queasy little melodic twists pioneered by the Kings of Dark, Black Sabbath, which Metz then puts into the Led Zeppelin oven of grandiloquence and broils into something resembling that sonic detonation we called grunge. 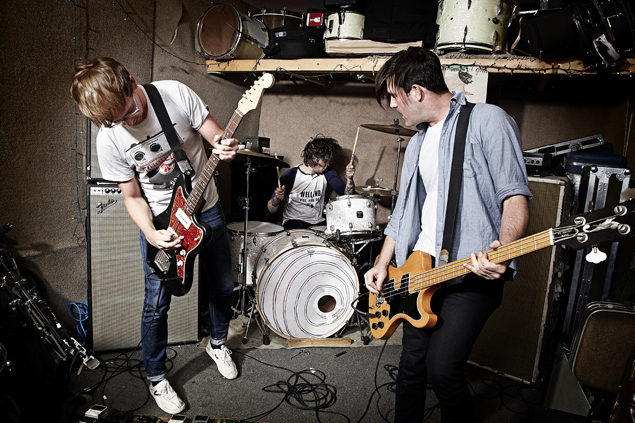 ...off of the Toronto trios post-core sophomore set Metz II

“We take our noise and our feedback very seriously,” front man Alex Edkins told a reporter. This comment alone could also land Metz in the post-hardcore sludge jail, but there’s more to the story. Most of sludge is in love with their own gear and the size of their amplifiers. Metz is one step removed from all that and, as such, is in love with how their stuff makes a listener feel. It’s a subtle distinction in a music not known for subtlety.

Probably the biggest fiction that this Toronto trio exudes is that any fool can make such noise. Not true. What elevates Metz to something approaching art is their knack for making records that, pound for pound, are as frightening as they are live. The band is Edkins on guitar and vocals, along with bassist Chris Slorach and drummer Hayden Menzies. They’ve been around for six years and have a couple of full-lengths to show for it. Now touring in support of this year’s Metz II, this leathery music, as probable as it may be, is proof enough that scary fire-breathing dinosaurs can still bring it.