Disabled? You’re hired. Not disabled? Pretend you are. 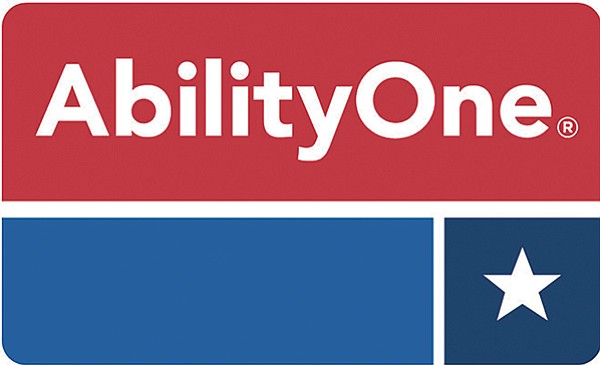 “Do you have a disability?” That’s what would-be stevedores applying for a job at Pride Industries are asked. The private company maintains a contract with the federal government’s Ability One to load Navy ships with food and other supplies in San Diego. A crucial condition of the agreement is that 75 percent of the hours worked on the jobs must be performed by people with disabilities. Ability One and its nonprofit partner, Source America, have come under fire for corruption and fraud since the 25th anniversary of the Americans with Disabilities Act on July 28. The U.S. Department of Justice has been investigating the charges. 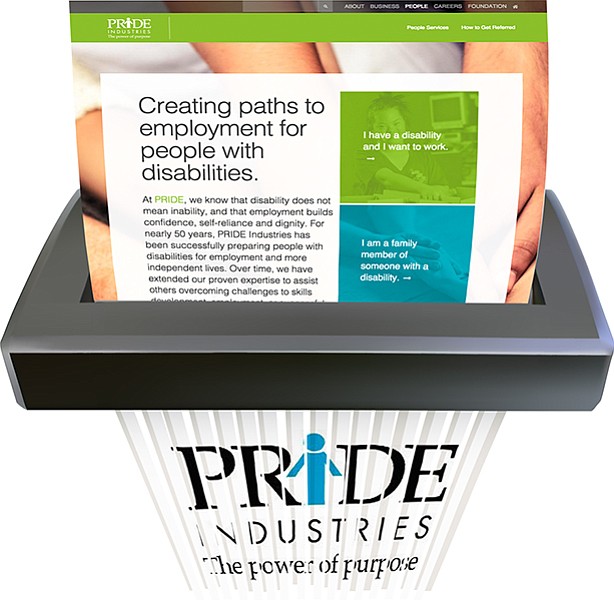 At Pride Industries, 75 percent of the hours worked must be by people with disabilities.

Provisioning ships is only one of Pride’s enterprises. The company performs custodial, document shredding, and other services for businesses, the U.S. military, and branches of government in 13 states. Its headquartered in Roseville, approximately 20 miles northeast of Sacramento. Locally, the Pride office is on Wilson Avenue in National City, not far from the main entrance to Naval Base San Diego.

Pride was founded in 1966 by a group of parents. “Their goal,” according to the company’s website, “was to create an organization that would find meaningful work for their adult children with disabilities and, in the process, help those individuals transcend their disabilities.”

Pride’s one-time motto, “We’re on a mission from God,” has disappeared on the website in recent years, as its employee relations or financial practices in Texas, Florida, Louisiana, and California have been criticized or landed the company in court. A company fact sheet lists its revenues for fiscal year 2013–’14 at $258.7 million.

In San Diego, coming up short of disabled stevedores makes consistent adherence to the 75 percent disabled worker requirement almost impossible at times. Multiple current and former Pride employees say manager Greg Pomrenke, a 21-year Navy retiree, occasionally asks certain other workers for some dicey help. Pomrenke has been quoted in court documents as saying he would probably lose his job if he failed to reach 75 percent several pay periods in a row.

By email, I asked Pomrenke what he does when the number of disabled stevedores falls too low. As of this writing, he has not replied.

The charge of manufacturing cases of people with disabilities to meet quotas was given more credence in a December 16, 2013 letter concluding a two-and-a-half-year federal investigation of Pride Industries in San Diego. “Some complainants, who did not list a disability,” states the letter, “claim that the [project manager], on various occasions, suggested that they go to the doctor and get a disability statement so he could meet his quota for disabled employees, and inquired as to their disability, or commented that ‘You are kind of hyper, you should be on medication.’”

Pomrenke’s superiors have expressed no public concern over the propriety of this practice. Nor have they bothered about other charges made by the federal investigator Lorna Dennison, of the local branch Office of Federal Contract Compliance Programs. The office belongs to the U.S. Department of Labor.

Dennison’s letter, addressed to Pride Industries in Roseville, cites a laundry list of behaviors by which Pomrenke and his supervisors may have abused disabled workers. They have used threatening and harassing language, she wrote, prevented the eating of food to accompany medication, denied regular breaks and occasionally lunch breaks, and forced some workers to remain long hours in ships’ freezers without adequate jackets.

In particular, Dennison highlighted the situation of Cezar Carvajal, who started working at Pride as a non-disabled worker in 2004. She charged Pride with refusing Carvajal’s reasonable requests for the accommodation of his disability. But she noted that her office would not be able to pursue “any make-whole relief on his behalf” due to a lawsuit Carvajal filed against Pride in the U.S. District Court, Southern District of California, on November 9, 2010.

I spoke at length with Carvajal about his case, which a jury heard in April and May 2014. Not long after starting work at Pride, Carvajal said he began having trouble with his knees while working on stairs and ladders leading from ships’ main decks to their holds below deck. Once a conveyor belt moves boxes of food stuffs onto the ships, Pride’s teams of stevedores set up human chains to carry the boxes down. The holds of some aircraft carriers, such as the USS Ronald Reagan, are located as far down as eight stories, and the work of loading sometimes lasts well over 12 hours.

In early 2008, according to court documents, Pomrenke began insisting that Carvajal be able to show he had a disability. A doctor provided papers, Carvajal told the court, that explain that he has “bad knees. And when I gave [Pomrenke] those, he said, ‘These will do for now.’”

But the papers did not declare that the bad knees constituted an official disability, even though the diagnosis was osteoarthritis and ligament damage, because the doctor told Carvajal that his discomfort was treatable with pain medication. So Carvajal testified that his boss eventually wanted “something more substantial, like, you know, a knee disability documented correctly.”

One time, Carvajal said on the witness stand, Pomrenke told him, “‘Cezar, you got too much energy. You are too revved up. I think you have Attention Deficit Disorder, and I think you should be on some kind of med…. That will tone you down a bit…. One of these days, I want you to go to my office, and we are going to set you up to go see my doctors.’”

What Carvajal did say, he told me later, was that he would take the paper Pomrenke wanted him to sign to an attorney. “But Greg said, ‘That document will not leave this office,’ and he told me to get the hell out of there.”

Not long afterward, Carvajal said he had words with his immediate supervisor Patrick Garvey, because Garvey refused to allow him to bring Motrin on board to alleviate his knee pain. Three days later, on July 1, 2008, Carvajal was terminated for insubordination. 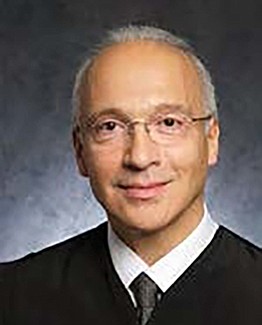 The jury in Carvajal’s wrongful termination case ruled against him. Part of their reasoning was that the complainant did not have a true disability. A motion by Pride Industries attorneys to prevent the jury’s hearing evidence from the federal investigation by Lorna Dennison also played a role. Judge Gonzalo Curiel granted the motion on April 1, 2014, arguing that Dennison’s investigation would take away “the jury’s role as fact finders,” that it would be “given too much weight by jurors.” The jury reached its decision on May 14, 2014.

The judge’s decision to exclude the Dennison investigation, which contains 300 to 400 pages of testimony, much of it confidential, is now the basis of an appeal by the Mirch Law Firm that represented Carvajal in the original lawsuit. 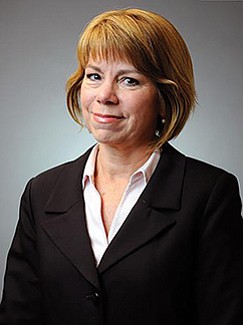 As this story was going to press, Audrey Farrington, Pride’s vice president of marketing and communications, sent a statement about the company’s participation in Ability One’s program for employing people with disabilities. In part, it reads as follows.

“To be eligible for employment under the Program, individuals with severe disabilities are required to validate their disabilities through a licensed medical professional and that documentation is subject to review and inspection. In addition to mandated laws and regulations, PRIDE Industries has created internal processes to periodically ‘recertify’ its disabled workforce.”

great new info on the abilityone issue, but I am a little distracted by the typo? stevedores?

When you put money on a table, people will come to pick it up. It's just like the handicap parking scam... it was started with the best of intentions, but has become a feeding trough for the sleaziest, greediest bottom-feeders to collect yet another free handout. Same here... instead of "providing jobs to the needy", it'll wind up providing jobs to the most depraved grifters out there, eager to lap up all they can while moaning about their invisible syndrome that doesn't affect them in any way except until it's time to park or get a union job.

Won't be long before these "disabled" people are all suing, claiming that not enough was done to accommodate their condition and now they can't possibly be expected to work ever again.

I agree. I also think that someone needs to investigate why so many ENORMOUS work trucks are parked in Handicapped Spaces at Home Depot. Many even have signs on the door, advertising their company. If someone is able-bodied enough, to do construction work, why are they qualified for a placard, to park in those spaces? AND it looks suspiciously to me, as though they just might be collecting Social Security Disability benefits, also.

Non profit my a$$

LOL. Yes, a "non-profit" where the execs pay themselves a hefty salary with annual raises and bonuses while shafting the workers. The CEO tells his employees that PRIDE can't afford to give a raise, but his execs get raises. And oh, they also own a PRIVATE JET so they can shuttle themselves around the country in luxury. Priorities aren't in the right place at PRIDE. The incumbent senior management is the problem, 100%. They aren't equipped to lead. House needs to be cleaned or this organization is going to collapse.

RE: Pride’s one-time motto, “We’re on a mission from God,”

I think they stole that line from the movie, Blues Brothers.