Some Kind of Nightmare going through one of their own 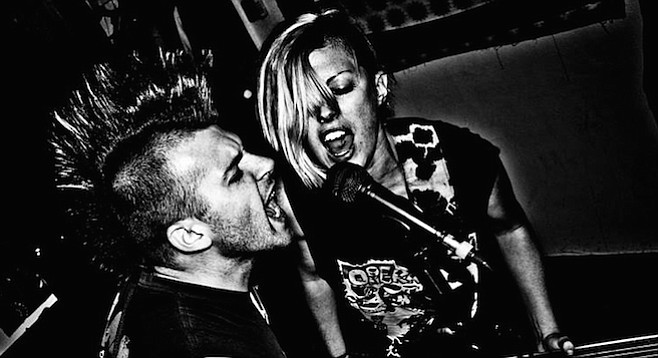 Punk-rock veteran Cliff Cunningham takes some credit for talking Some Kind of Nightmare into a life on the road. “It was sometime in 2010 and I had just played with them at the Pier View Pub in Oceanside. I told them they didn’t have jobs to hold them down and they should just go out on the road. I told them the one thing I regretted with Social Spit is we never toured that much...”

Some Kind of Nightmare took the advice and never looked back. “We have played in every state except Hawaii, Alaska, Maine, and Minnesota,” says singer/bassist Molly Mess who anchors the band with her singer/guitarist husband Chy Mess (real last name). Molly guesses they have gone through about 30 drummers and other band members over the years. 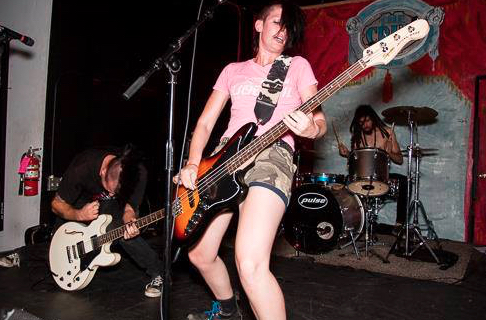 ...by Some Kind of Nightmare

Launched in Ohio in 2006, they moved first to San Jose in 2009 before calling San Diego home in 2010. “We were big fans of Rancid, and California seemed to get them more than anywhere else.”

Their long-scheduled show for Sunday at the Bancroft is still on. But they will be there in name only. Molly broke the news on their facebook page on July 27 that many shows on their itinerary were canceled when Molly, 29, learned she has breast cancer.

“We were supposed to do a tour with Michael Graves. He was one of the singers from Misfits.” Molly and Chy and their van are back in Ohio where her grandmother is also dealing with breast cancer and her mom with COPD.

As you might expect, the mobile punk band did not carry medical insurance. “Our bills were just cell phone and van insurance. We’re waiting to hear back from Medicaid about my eligibility.”

The Messes live clean. “I know how it looks being in a punk band, but I have always been completely drug and alcohol free.”

Their loose punk-rock network has stepped up to the plate.

Some Kind of Nightmare

“Several bands in other cities have told us they will give us all the proceeds from shows we’ve had to cancel. They’ve been really nice...Chy has been my rock. We’re still writing music and sending tracks to our drummer. We want to stay as positive as possible. We don’t plan on stopping.”

All bands performing at Sunday night at the Bancroft — the Mice, Sculpins, Revolut-Chix — are playing for free. A $5 voluntary door donation is requested, plus 20 percent of the bar receipts that night will go to Molly’s medical bills.