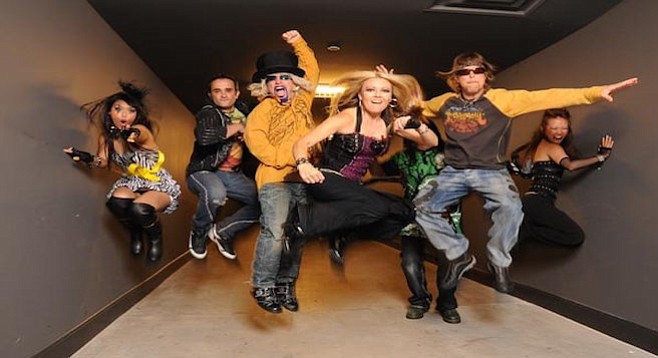 While most bands these days have trouble getting out an album every few years, Ocean Beach–based Liquid Blue is in the midst of a series of albums that will see a different-themed release each month through the end of 2015. The band has already recorded over 600 songs, hits from the 1960s up through today, for the project. Though Liquid Blue has previously recorded their own music, for this project they stick primarily to cover songs, with one original composition closing out each collection.

“It started out that we just wanted a demo of every cover song we perform live, so the band would have a template to rehearse to and we would also be able to demo these songs for potential clients,” Liquid Blue frontman Scott Stephens tells the Reader. “As it evolved we found that some of these mixes had some ‘magic’ and so little by little we proceeded to expand the project.” 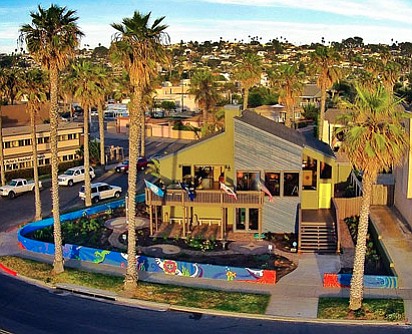 The band recorded everything at its own studio in their O.B. headquarters, aka “Hippie House.” “We were doing a couple songs per day. But with 600 tunes, it still took almost two years to track.”

Themes and titles for the albums include Protest Anthems, Tribute to R&B, Uptown Funk, and Faded (A Tribute to the 2000s), with songs by artists ranging from the Jefferson Airplane to Beyoncé.

The albums are, at least initially, only available digitally. “At the end of the project we’ll release a ‘best-of’ disc called The Singles, and that will definitely be available on physical CDs.”

Though the album series is due to be completed in December, with hundreds of songs left over, plans are to release the remaining material on a series of singles and EPs through 2017.

“We’ve come to the realization that our forte is being a cover band,” Stephens said. “We enjoy playing the best popular music recorded in our lifetimes. Our bread and butter is our live shows, and people want to hear songs they know. We’ve only mustered one Billboard hit in our 18 years, so we have to rely on covers. Fortunately, we love doing it.”