Music Box winding up, Avalon on the horizon 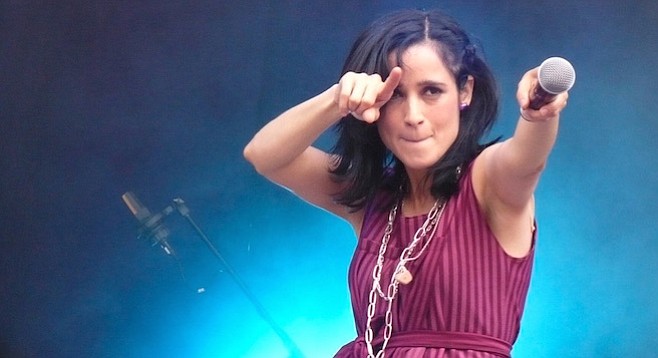 After being dark for two-and-a-half years, the Little Italy space formerly known as Anthology has been renamed the Music Box and crews are racing to have the remodeled restaurant/bar/music venue opened in time for the first headliner, Julieta Venegas, September 18 and 19. Tickets are on sale now for Venegas, the Tijuana-born singer/songwriter formerly of Tijuana No. 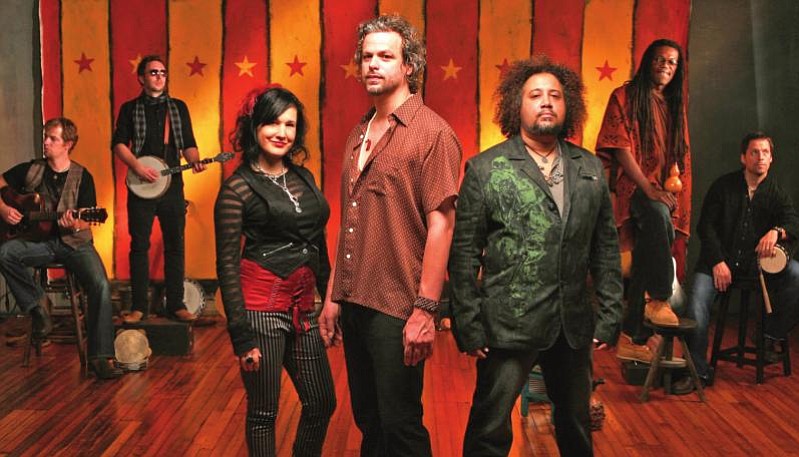 Rusted Root, regulars at Belly Up, will play the Music Box instead, on October 28.

Talent-buyer Joe Rinaldi said the Music Box is not prepared yet to make a statement, but what is known is that the India Street showcase will have a capacity of approximately 700. The first floor will hold the stage, bar, and will hold about 500. The second floor will be tailored for VIP/dinner service, and the top floor will house a lounge and patio.

The Music Box arrives as a major player in San Diego's live-music arena. It will have about the same capacity as the Belly Up and a few hundred less than the House of Blues and the Observatory/North Park. The just-announced Music Box talent lineup generally reflects the R&B/jazz/soul/blues format featured by Anthology during its five-year run. Rusted Root seems to be a coup for the new venue since that band has long played the Belly Up and in fact released a live record on the Belly Up record label featuring an October 2013 Belly Up show.

One insider says that though Rusted Root does have deep roots with the Belly Up, the San Diego date needed to fit in with their current tour was not available at the Solana Beach club, which has bookings way into next year. (South African Johnny Clegg is set for April 22, 2016.) “As I see it, this is not a diss to the Belly Up,” the insider guessed. “It is great to see the San Diego market expand with another fine venue like the Music Box, which has pros in place who know what they are doing.”

In deciding which venue to play, headliners and their agents weigh different factors, including their history with — and appreciation for — certain venues they have already played. Also a factor is whether the venue is part of a larger chain (like House of Blues or the Observatory) who have the benefit of booking a string of shows at once. Pay, of course, is a major consideration, but a higher artist guarantee often means a higher ticket price.

Anthology co-owner Howard Berkson famously boasted how much he would pay certain artists he really wanted to present. Some tickets for his Anthology headliners like Branford Marsalis and Natalie Cole were in the $85 to $125 range.

The initial Music Box prices run from $20 and $25 (for David Cook and Rusted Root, respectively) to $47 for Julieta Venegas.

The last Anthology show was in December 2012. A month earlier it was learned that 4th&B also went dark. A few months later EDM entrepreneurs David Dean and John Lyons announced that they had taken over the lease of 4th&B and were going to transform that 1500-capacity music venue into Avalon, a nightspot styled after their successful Hollywood EDM venue of the same name. But two years later construction has yet to begin.

Two months ago Dean told the Reader that they would begin construction on the San Diego Avalon as soon as their latest venue, Bardot in Palm Springs, was complete. Dean reported on Monday that the 250-capacity Bardot (complete with a Palm Springs–appropriate Unicorn) opened last Friday.

So what about San Diego?

“We are still planning on opening [Avalon San Diego],” says Dean, although he would not commit to a specific date. He said it is not true that his company was scared away from coming to San Diego by the opening this year of the 22,000-square-foot Omnia in the former Stingaree space after a reported $80-million upgrade.

But he did say that “market realities” do impact how the San Diego Avalon would eventually be formatted. Dean says the San Diego nightlife scene has significantly changed in two years.

Parq opened in the Gaslamp last year in what used to be On Broadway, and Cake is set to open soon in what used to be Voyeur. Both can hold 500-plus. All three significantly upgraded new venues join the successful Fluxx and Bassmnt drink and dance meccas.

“We look at everything,” says Dean. “We analyze all market conditions.” He says at this time it looks like Avalon will not be exclusively devoted to EDM, as was indicated when they first took over the 4th&B space two years ago. He says that he guesses at least 50 percent of Avalon San Diego's nights will be devoted to live shows.