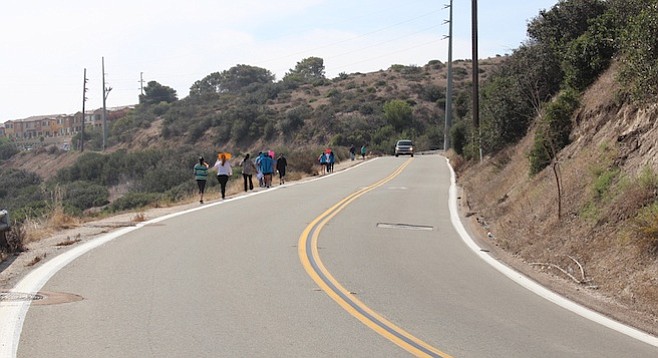 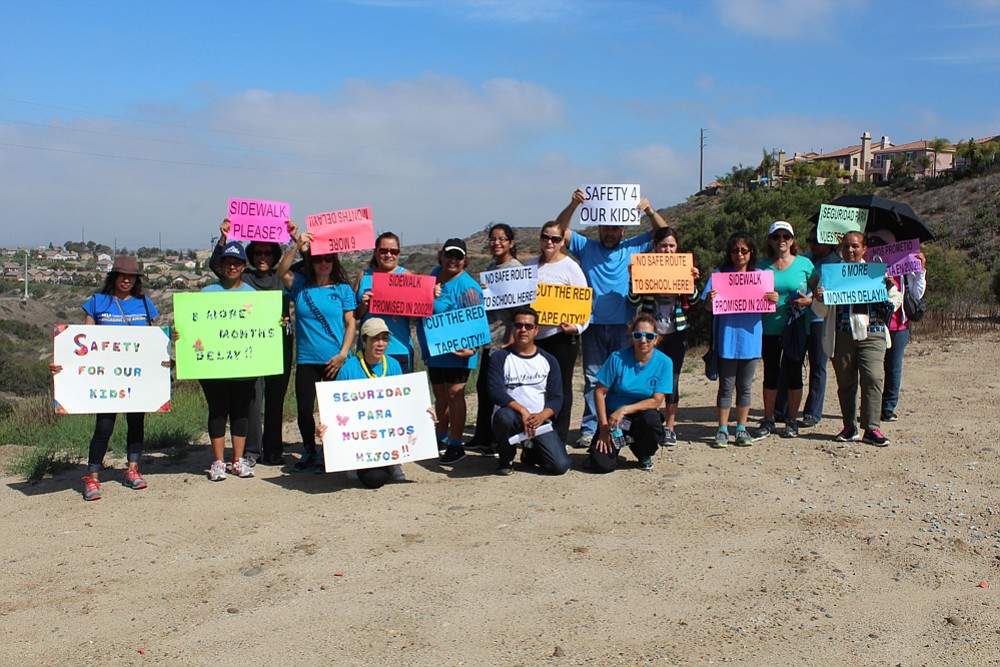 The nonprofit organization Casa Familiar held its 17th Safety Walk along the unpaved Otay Mesa Road on Friday, July 31, with about 20 protestors holding signs saying “Sidewalk Promised,” and “Safety For Our Children.” During the march, two protestors lost their balance and fell to the ground along the rugged ½-mile terrain. They were not hurt.

Many of the 2,364 San Ysidro High School students must use this path daily to get to and from school, which includes no guardrails, no street lights, and windy turns with unpaved pedestrian trails. 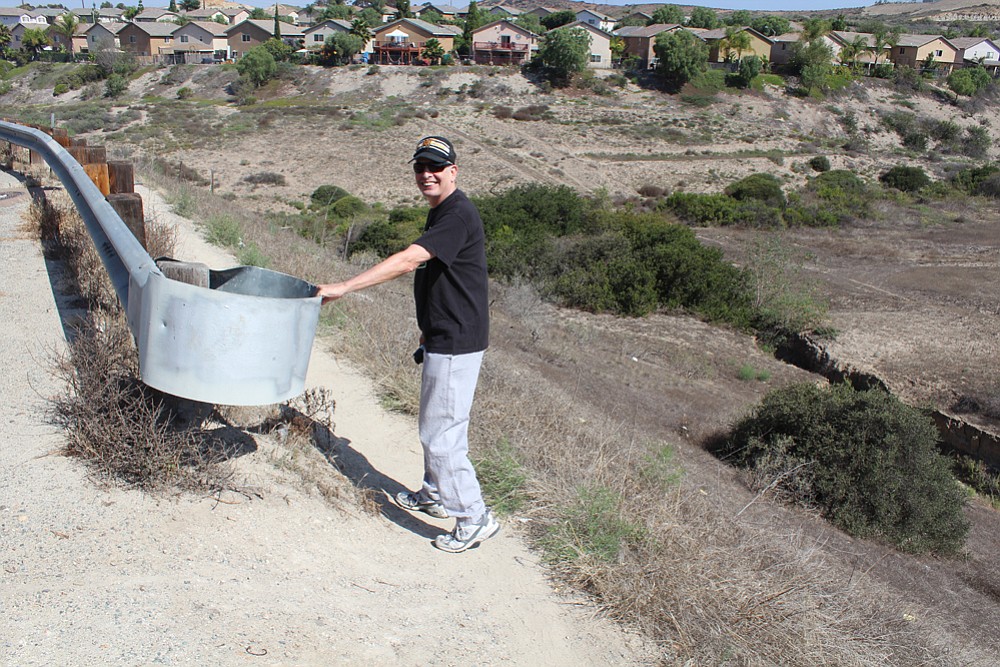 Every last Friday of the month since February, 2014 Casa Familiar has held a Safety Walk to bring awareness to the dangerous road conditions. Michael Freedman, Chairman of the San Ysidro Community Planning Group, a committee made up of 15 volunteers who advise the city on necessary infrastructure improvements, joined the protestors. He explained that San Ysidro High School opened in 2002. Although located in Otay Mesa, it serves the San Ysidro community because “to build a high school, the state requires 50 acres and there’s no 50 acres suitable in San Ysidro.” 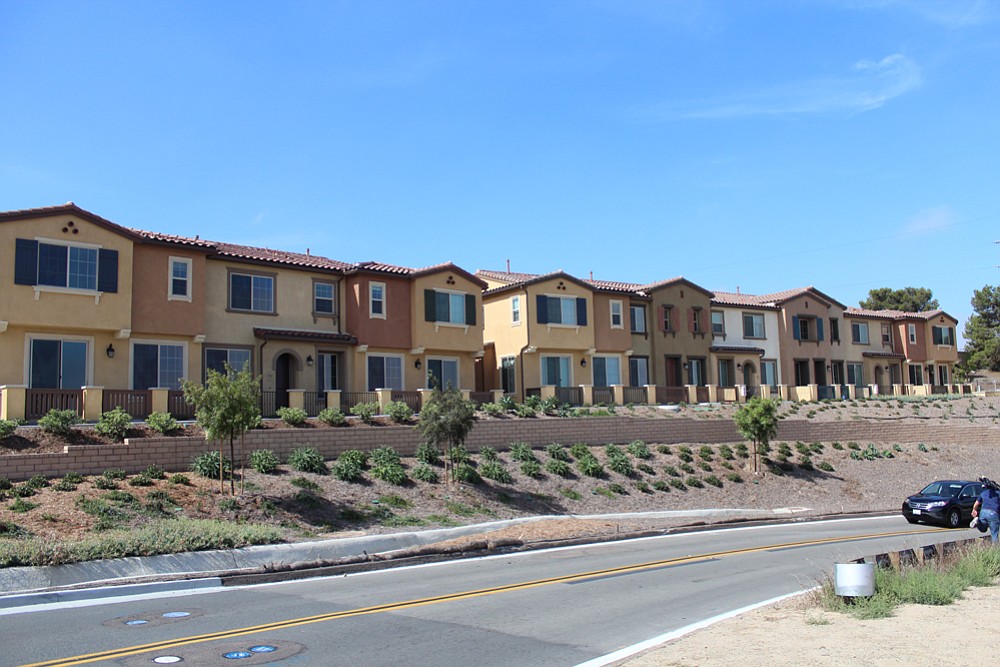 The City allowed the school to open despite inadequate infrastructure. Since then, two residential developments have also been constructed along Otay Mesa Road: the single-family homes of Remington Hills and the 40 condominiums of SeaView Terrace. 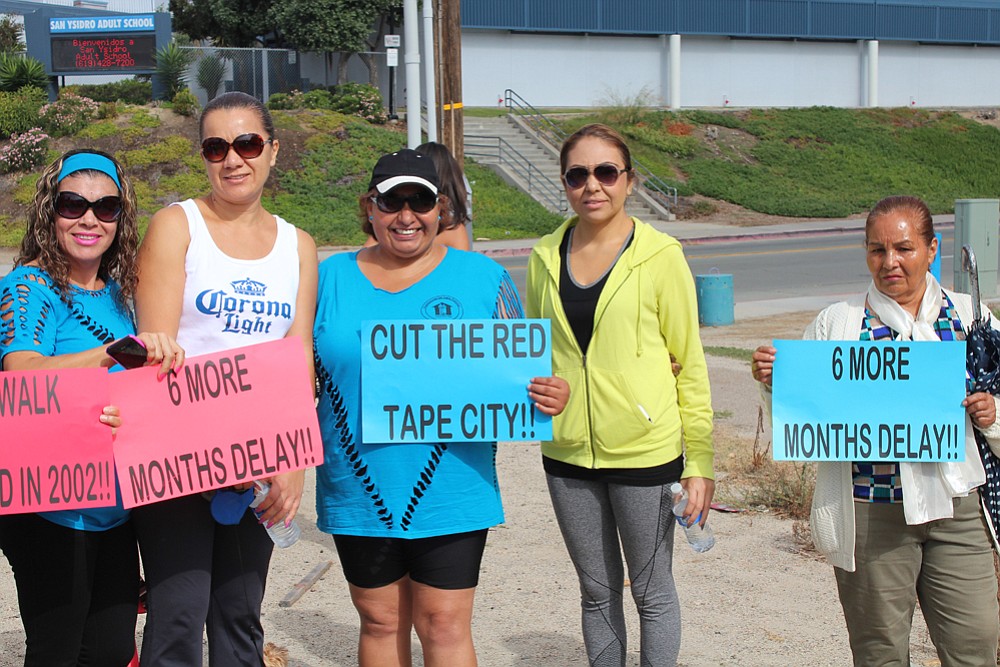 Protesters are asking the city to "cut the red tape"

It took until March, 2014 for the San Diego City Council to approve the $11.5 million necessary to fund the road improvements. Weary that construction would ever start, Casa Familiar vowed to conduct their safety walks each month until the city broke ground on the project.

Protestor Gustavo Lopez, who has two nephews enrolled in San Ysidro High School, said, “The larger danger is during nighttime when they come back from school because it’s tiny the way it is. There are no lights and sometimes it’s dark.”

But the problem might soon be resolved. The sticking point: breeding season for endangered species.

On July 15, 2015 the Public Works Department sent letters to residents explaining that a temporary walking path will be constructed in August 2015 and main construction will begin in October 2015. Once completed, improvements will include new guardrails, street signage, pedestrian ramps, bicycle lanes, street lamps every 300 feet and a widening of the two lanes from 26-feet to 36-feet.

According to the Advance Planning & Engineering Division of the City — which created a 93-page document concerning the Otay Mesa Road — the endangered least Bell’s vireo and the threatened coastal California gnatcatcher both breed within the land next to the road. As a consequence, from February through September construction is forbidden.

The report admits, “The unimproved section of roadway along Otay Mesa Road presents significant safety dangers…” However, the report also explains, “In order to avoid potential impacts to nesting birds, vegetation clearing would be required to occur outside of the general avian breeding season.”

A qualified biologist will need to conduct a preconstruction survey and only if no active nests are found, clearing may proceed.

Anyone detect a yellowish tint?

How so, Twister? Were you able to take the time to read the 93-page document?

"Since then, two residential developments have also been constructed along Otay Mesa Road: the single-family homes of Remington Hills and the 40 condominiums of SeaView Terrace."

I thought we were supposed to be in a drought?

I wonder how many 'students' would use this path if all the illegal aliens were deported?

Well, all I have to say is wtf are we paying taxes for? Idiotic downtown waterparks during a drought? Next a giant Ferris Wheel? PFFFFFFFFFFFTTTTTTTTTTTT!!!!!!!!!!!!!!

We are paying taxes so the political class have something to spend. Blame the downtown water park on the visionaries at the County. The water park is on county owned land surrounded by the City of San Diego.