The Soft Moon at Casbah, the stars of In-Ko-Pah 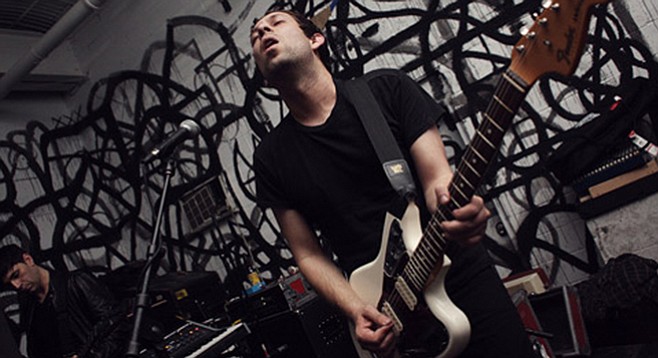 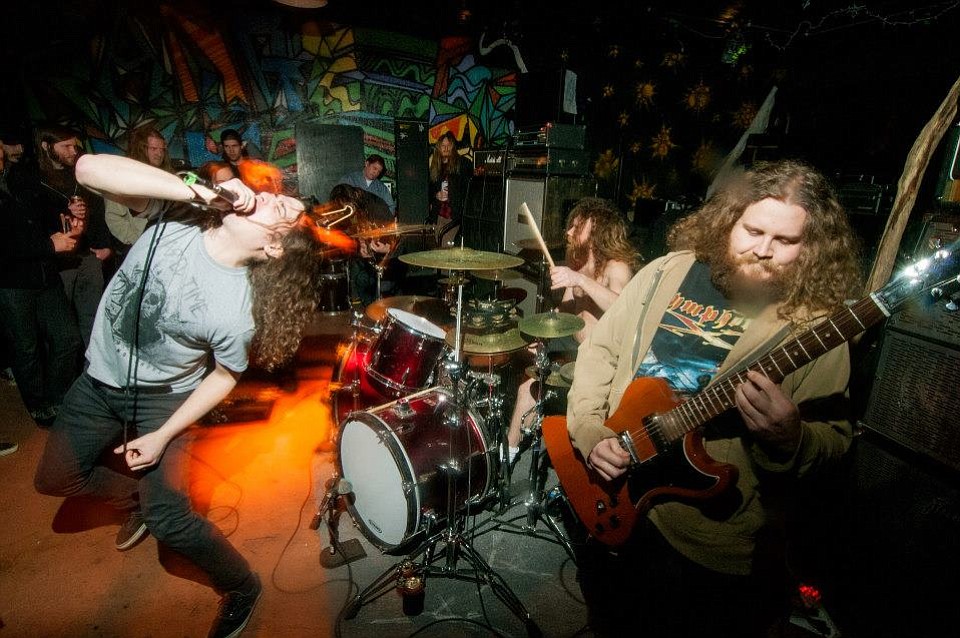 Thursday 30
From Richmond, Virginia, heavy psychedelic experimenters Inter Arma explore The Cavern at Soda Bar Thursday night. The single, 45-minute take drags Floyd and Zeppelin through the sludge, with the occasional acoustic rinse à la those ’70s prog-metal pioneers. For you ADD types, check out Inter Arma’s long-player Sky Burial. It’s not as challenging/rewarding as The Cavern — one of last year’s heaviest metal records — but it parses the alloys into more manageable chunks, laying out the quintet’s chops like a hard-rock sampler. Yautja and Kata will fill this cavity-rattling bill.... If you miss the door at Soda Bar, right down the road at the Hideout you’ll find Austin’s newest psychedelic bright light, the Bright Light Social Hour. The “future South” band is touring in support of this year’s Frenchkisser Space Is the Place, which sticks Kings of Leon’s chocolate into Tame Impala’s peanut butter. L.A.’s “modern psychedelic shogaze” band Talk in Tongues, out in advance of this year’s Alone with a Friend record, will open the show.... The and alsos’d be local lo-fi rockers Cardielles and the End splitting a bill at Bar Pink...L.A. “indie-noir” act Little Red Lung headlining sets at the Merrow after local soul-rocking retros Old Tiger and Spero...and up at the U, Sub Pop recording artists THEESatisfaction will be rapping their “funk‐psychedelic feminista sci‐ﬁ epics” at Porter’s Pub. 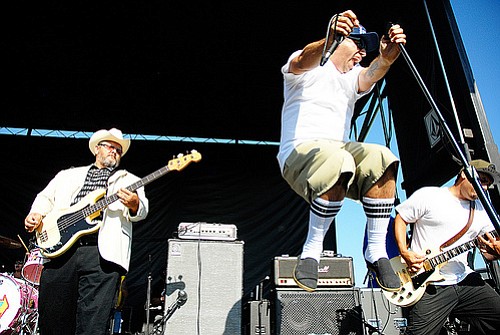 Friday 1
Cinco’s on the horizon, so guess who’s on the road...jes, pápi, Soda Bar stages the OC’s 25-year-strong chicano-core octet Manic Hispanic. The punk-rock parodists are a supergroup of sorts, comprising members of Adolescents, Agent Orange, Death by Stereo, and Cadillac Tramps. Local punk purists Sculpins and surf-punk spaz-rockers Shady Francos will get this spicy go-to gig going.... The Soft Moon rises at Casbah Friday night. The SanFran dark-wave band is touring in support of this year’s Deeper, which finds Luis Vasquez and co. digging up early Cure, Bauhaus, and a healthy dose of The Hurting. Retro or rehash, sometimes you’ve just got to get your goth on. Lemme bum a clove. New Orleans “metal vomitose” band Skull Katalog opens the show.... At the extreme other end of the musical spectrum, indie-pop act OK Go bounces into House of Blues after a Kitten...while Brooklyn indie-dance duo Matt and Kim deliver their dim New Glow to the Observatory. 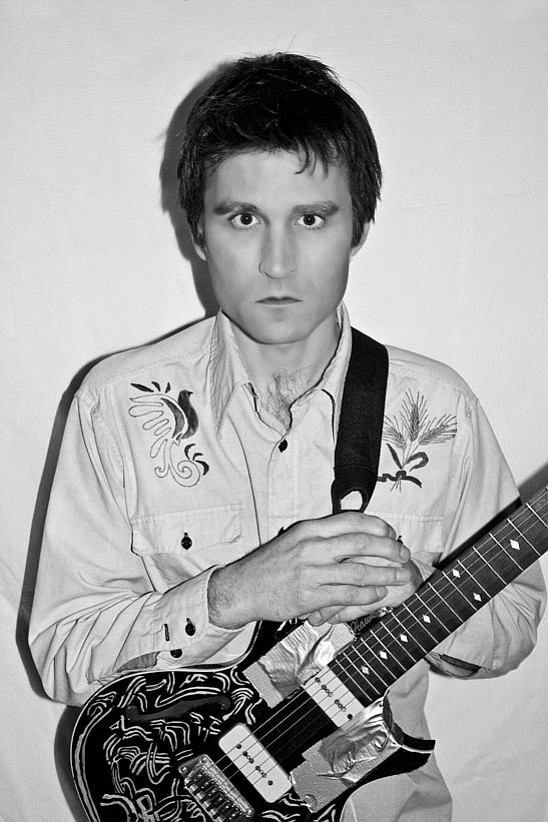 Saturday 2
In-Ko-Pah’s rock-roll campout, featuring (deep breath) Playboy Manbaby, the Mission Creeps, Schitzophonics, Bartenders Bible, the Loons, Long and Short of It, New Kinetics, Stephen El Rey, the Fink Bombs, and Lightning Starts Fire, is going down up in Jacumba. I imagine by the time you read this that the 300 headcount will be, or pretty damn close to being, filled, so if you’re just itching to get out of town to rock out under high-desert stars, you can see what’s what at inkopah.org. Luck.... When I think back to where my tastes in rock took an “alternate” route, I realize it was guitarists wrangling an upside-down sound out of their six-strings that seduced me. There were the household names like Reed, Moore, and Malkmus, and then the glovebox guys, the roadtrippers — Westerberg, Pajo, Gelb, and Neil Michael Hagerty of Royal Trux. To paraphrase some old rock writer’s take on NMH, his “textural shifts are uniquely, harmolodically hung.” Smell for yourself when Hagerty plays the Hideout Saturday night after two of our local favorites, Octagrape and the Cardielles.... Best of the rest around town’d be Monterrey’s popular Mextronica band Kinky at the Observatory...witch-house producer Pictureplane plugging in at Soda Bar after Daimon, Angels Dust, and Le Chateau...and up at Porter’s Pub at UCSD, you’ll find L.A.’s underground rap literati People Under the Stairs, who are touring in support of their well-received new studio set, 12 Step Program.