Meet the men (and woman) from Man from Reno 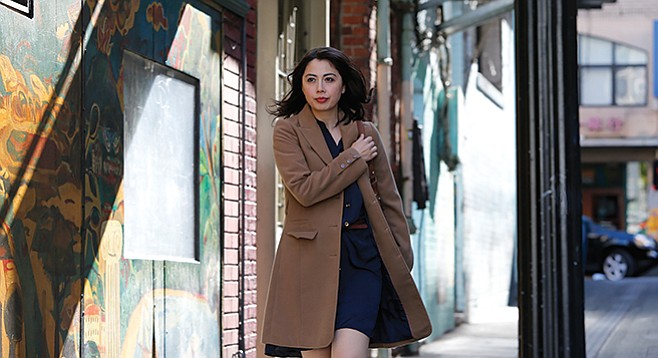 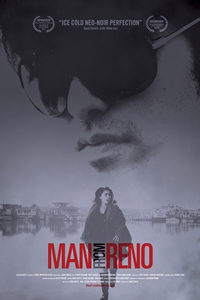 With a title like Man from Reno, one would half expect it to end on a dissolve of Glenn Ford riding off into a Columbia Pictures sunset. Instead, we get a departure in form from Dave Boyle, regular visitor to the San Diego Asian Film Festival, where Man from Reno screened as part of last year’s competition.

Boyle, known best for a string of winning romantic comedies (Surrogate Valentine, Daylight Savings) now finds himself making a successful leap to the dark side with this decidedly “hard-Boyled” genre picture.

Her sudden, self-imposed disappearance during a promotional tour finds Aki (Ayako Fujitani) — an internationally best-selling author of spy novels with a potentially career-crippling secret of her own — cast as a central figure in a real-life crime investigation. Using her powers of deduction to level a dinner guest who questions her factual representation is one thing; helping to crack a case involving a potential serial killer another.

Aki hasn’t run out of ideas; she just “wants to see it end.” With a straight razor for a tub toy, it’s difficult to discern whether she’s referring to her popularity or her life. Enter Paul Del Moral, an aging small-town sheriff played with quiet, seen-it-all dignity by character actor luminary Pepe Serna. The two cross paths after a one-night stand ends with her mysterious paramour running a collision course with the sheriff’s patrol car. 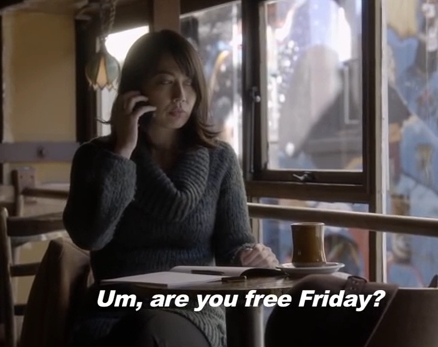 Boyle’s general affinity for black-and-white filming is felt in every frame of this low-key Technicolor spin through the streets of San Francisco. Along the way, Boyle and company pay tribute to a cluster of San Francisco–based noirs, most notably The Maltese Falcon and Vertigo. There’s talk of a melon ball early on, but keep your eye on the head of lettuce, Boyle’s nod to Hitchcock’s McGuffin — that mysterious, ultimately inconsequential object that sets the suspense mechanics into motion.

If there’s one complaint to be voiced, it’s over the lack of balance between the converging stories. Aki’s tale of seduction and abandonment has a tendency to overshadow, leaving us wanting more interplay between Paul and his daughter (Elisha Skorman), eagerly following in her father’s flat-footsteps.

Both Boyle and Serna were in town when the film screened at SDAFF. Here’s your chance to meet both gentlemen, along with Ms. Fuitani (and celebrate the second anniversary of the Digital Gym): the trio will put in a personal appearance this Saturday night from 5:30 to 7:30 p.m. For more information, visit digitalgym.org.