Not high but dry in Oceanside 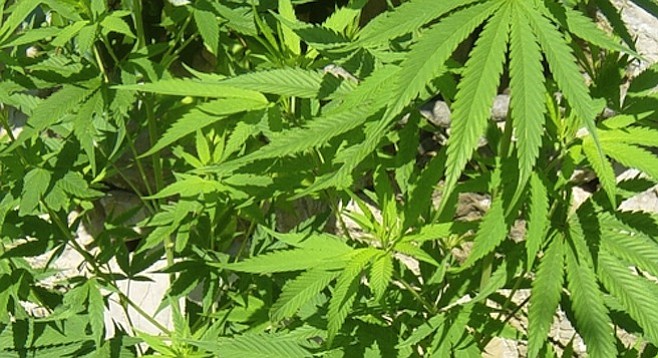 Eighteen members of a medical marijuana collective are suing San Diego County and the sheriff's department for false arrest and for conducting an illegal search and seizure of marijuana plants in September of 2014.

The members and collective Oceanside Organics are each suing for $200,000 in damages for a total of $4 million plus attorney fees.

According to the complaint, filed in federal court on April 17, the collective and its members hired attorney Steve Callaway to work with local law-enforcement officers to ensure they were following San Diego County's Medical Marijuana Collective Facilities Ordinance approved in 2010.

"The collective members agreed that contact with law enforcement and local government, complete transparency and willingness to follow instruction of law enforcement to ensure legal compliance was the best course of action in their operation," reads the complaint.

Callaway, says the lawsuit, began communicating with law-enforcement officials in July 2014. Deputies were given the names of the members, the doctor’s recommendations, state marijuana ID cards, as well as permission to interview any members at that time.

Despite the work, two months after correspondence began, the members were surprised when law-enforcement officials raided the collective. Officers collected 31 plants and arrested some members. No criminal charges were ever filed.

"Attorney Callaway had been in constant contact with deputy [sheriff’s deputy Tim] Clark from mid-July, 2014 until the date of the September 12, 2014, raid and arrests to ensure that the collective cultivation operation was in full compliance with all applicable state laws….

“At the time of the raid, illegal arrests and illegal confiscation, there were over 20 valid members of the collective and 31 medical marijuana plants on site…. The actions of the sheriff's deputies in this matter were intentional and malicious as well as negligent, giving rise to a claim for punitive damages."

Recently, local law-enforcement agencies have increased crackdowns on illegal dispensaries and collectives across San Diego County. In the City of San Diego, the city attorney's office has also stopped illegal shops from operating within city limits. The office has filed dozens of legal petitions with the court to have the dispensaries shut down and in some cases impose fines on the property owners and operators.

But dispensary and collective owners have had some victories. The City of San Diego and county have allowed a few dispensaries to open legally. In July of last year, a superior-court judge ordered the San Diego County Sheriff's Department and the district attorney's office to return 20 pounds of marijuana and other items that were seized during a raid of the SoCal Pure Collective in Vista.

In addition to the $200,000 for each member, the lawsuit asks that a judge order the county and sheriff's department to return the marijuana or pay for the loss, as well as punitive damages.