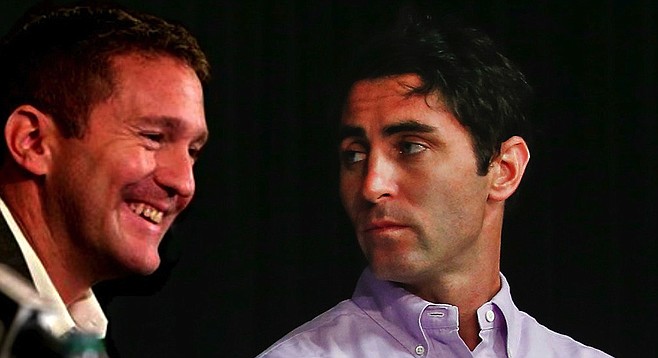 "Maybe I'm just an old-fashioned guy," commented Byrnes, "But where I come from, when you spend a lot more money to get the same outcome, well, that's not the kind of result that fits the definition of success. Granted, we were 2-6 after our first 8 games last year, and Kid Preller is 4-4. But we were at .500 not too much further into the season, and he's gone and jacked the payroll from $90 mil to over $125 mil. Hope you enjoy those extra two victories, San Diego. Because they were very expensive. And that's not even counting the money they spent adding seats. Good thing the Rolling Stones are playing Petco soon; otherwise, they might go a whole year without filling the place. Maybe longer. Speaking of the Rolling Stones, those guys are getting up there, you know? Some of them are almost as old as Matt Kemp's hips! I'm just glad they installed that fancy new video screen. That way, when things get ugly down on the field, we can all sit back and watch the Dodger game in glorious High Definition."