Which bay is dirtier? San Diego or Mission? 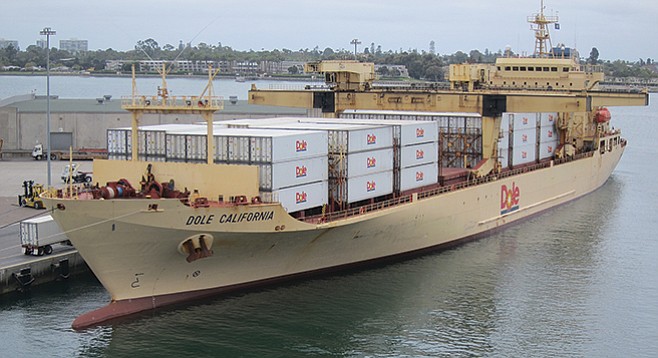 San Diego’s big bay has been the hub of travel and commerce in the region since Western civilization arrived in California. It’s been fronted by heavy industry for over a century. It hosts four major military bases: North Island, 32nd Street, Amphibious Base, and the Submarine Base. Millions of travelers pass through the adjacent airport and cruise-ship terminal. Its shipping processes more than three million metric tons of cargo annually, including the bulk of foreign-built Hondas, Acuras, Volkswagens, Nissans, and Mitsubishis; and most of the country’s bananas. Until the 1963 opening of the Point Loma Wastewater Treatment Plant, the city’s treated sewage was dumped directly into the bay, causing a quarantine in 1959.

“You’ve got an easy question with a complicated answer,” John Anderson, a senior geologist who’s spent nearly 30 years working on cleanup projects with the San Diego Regional Water Quality Control Board, told me in mid-March. While he doesn’t offer concrete numbers concerning contaminants found in and around the water, it’s clear the Big Bay is far and away the bigger problem.

“San Diego Bay is of high concern for us,” Anderson explains. “We’ve got a legacy pollution in the sediments, we’ve got storm water discharge...but we also have emerging contaminants — things like estrogen, caffeine, all sorts of pharmaceuticals that get discharged.

“We’re moving from more visible to less visible types of contaminants. You don’t see the pollution — you might see some trash, but by and large the bay looks a lot better. But the contaminants reside in the sediments, absorbed into the silt and clay.”

Because of a long history of dumping of everything from sewage to waste from the tuna canneries that once lined the bay to discharges by the military, the list of cleanup projects, both completed and in progress, spans pages. A visit to the water board’s Geotracker mapping website fills the area surrounding the bay with hundreds of color-coded markers, each indicating a challenge to water quality.

Fish advisories are in effect at both San Diego Bay and Mission Bay, cautioning reduced or curtailed consumption of many species caught in either body of water due to elevated methylmercury and PCB levels.