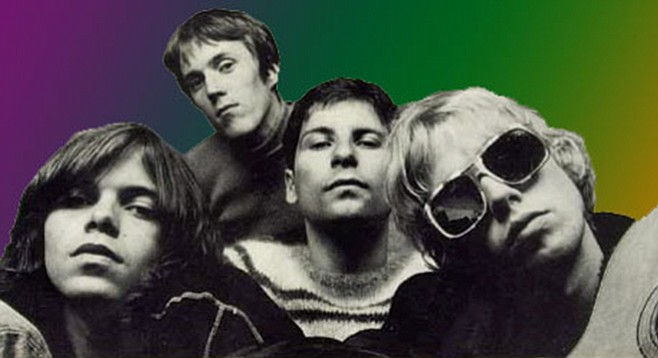 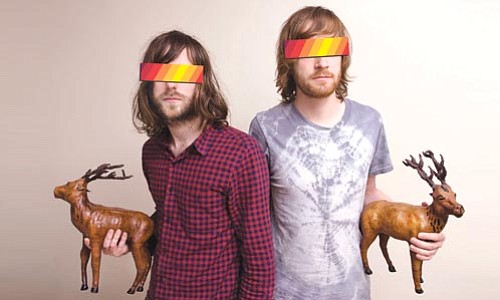 Sonic experimentalists Ratatat take the stage at House of Blues on Thursday.

Thursday 16
Britgaze band Ride rides in from Coachella to play Humphrey's by the Bay Thursday. As far as the fuzztoning and moaning English acts of the era go (Mary Chain, Bloody Valentine), Ride was a blip, with only a handful of studio records over their eight-year run. But those records, most notably Nowhere and Going Blank Again, are blueprints for the shoegaze genre. For fans of the brand, this’d be the gig to see Thursday night.... Best of the rest: House of Blues has NYC experimental alt-rock act Ratatat. Word is Mike Stroud (guitar, synth, percussion) and Evan Mast (bass, synth, percussion) closed out Coachella Saturday night with a new ripper called “Cream on Chrome”...also in from the desert, English act Clean Bandit takes the stage at Observatory North Park for a night of baroque poptronica. The quartet won a Grammy this year for their club-kid hit “Rather Be”... “Punkish pop-punk punk” locals Western Settings will kick off their tour at Tower Bar behind their new record Yes It Is. L.A.’s funnily named Lysolgang and our own Sledding with Tigers will help see them off...the “bayou Bahaus,” local post-punks Subtropics, hit the Hideout...while groove-metal ’Zonies Incite stack ’em at Brick by Brick. 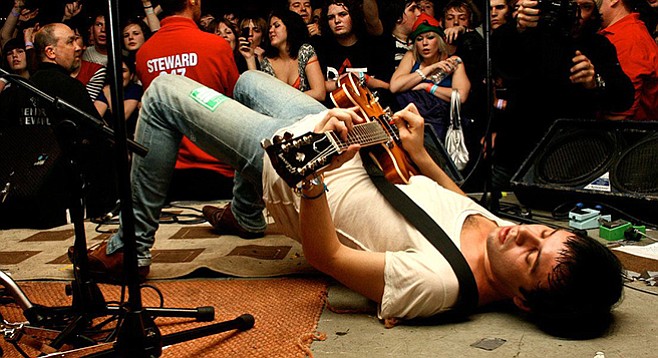 Friday 17
Just so you know, Scot pop band Belle & Sebastian’s show at Observatory is sold oot. But bandmates Richard Colburn and Chris Geddes will be spinning after the show at Whistle Stop, if you just gotta get next to the blokes.... Casbah sets up British indie hits the Cribs on Friday. They are the Jarman brothers (Gary, Ryan, and Ross) of West Yorkshire, Engalund. The trio’s touring in support of their third top-ten record in a row, the Ric Ocasek–produced For All My Sisters. They play some tangy ear candy — the Sour Patch Kids of indie rock — and hear-tell they were a fave at Coachella. Like-minded locals the Frights and Bassics open the show.... Utter mentionables: Up for some Adventures in Vagabondia? From Colorado, indie-folkie-gypsy-jazz-grass act Taarka’s at Winstons in O.B...Icelandic pop-rock quartet Kaleo and our own Josh Damigo split a bill at House of Blues...brassy borderland band Unsteady will throw down some ska-flavored lounge at Seven Grand...Sin City’s “psychedelic art-punk” four-piece Candy Warpop goes off at the Black Cat...Santa Cruz skate punks Good Riddance will spin a pit at Brick by Brick...while Cash’d Out exhumes the Man in Black at Belly Up. 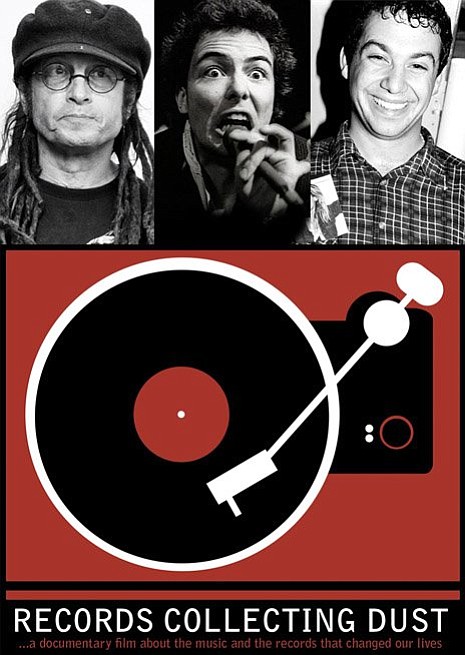 Saturday 18
Saturday is National Record Store Day, so be sure to hit your favorite independent shop for some hot wax, cold poly, or those weird little cassette things. I am loving the new Sonics record, This Is the Sonics, and they are coming to town soonish (Sunday, May 10, at Belly Up), so maybe pick up a primer and some tickets.... Saturday happy hour (5p), I see Jason Blackmore’s manning the decks at Whistle Stop and screening his Records Collecting Dust. I can’t think of a better way to celebrate Record Store Day. See you in South Park.... Saturday night, right down the road, you’ll find a fine triple bill at the all-ages Irenic, where local favorites Silent Comedy headline sets by Barbarian and Oh Spirit! Dave Good caught up with Silent Comedy for last week’s “Vinyl Faults” Blurt, and it looks as if they’ll be playing an acoustic set at M-Theory in Mission Hills earlier in the day.... Miss the door at the Irenic, a couple blocks away Seven Grand’s staging a CD-release thing, as psych-bent rock-rollers Bangladesh drop their new disc, Certain Illusions.... Else: you got art-rock acts Ilya, Midnight Pine, and Lost Pets at Soda Bar...while ska-punk big band Buck-O-Nine bounces into Casbah.