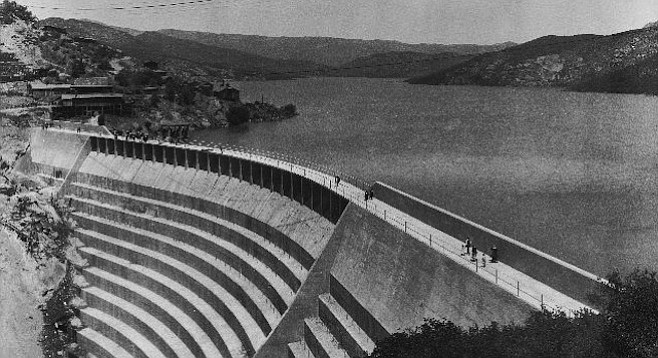 Tickets for fishing Lake Barrett (aka Barrett Reservoir) go on sale at Ticketmaster online and by phone today. As reported by SDFish.com, there are many new changes for this year, especially for the float-tubers and kayak anglers. Along with the existing $80 fee for up to 4 anglers, access for 2 cars, and 1 boat rental, anglers will also be able to purchase a separate form of reservation, a "shore/float tube fishing reservation" which will cost $20 per person (plus TicketMaster fees). Those reservations will allow one angler access to fish at Barrett, with one car, but they must fish from shore, tube, or kayak.

Anglers will also be able to purchase one additional guest pass on their reservation to bring along a friend.

Fisherman's Landing hosted 72 anglers aboard 2 boats for a total catch of 1 sheephead, 9 sculpin, 112 rockfish and 2 lingcod.

43 anglers aboard 2 boats out of H&M Landing returned to the docks with a total catch of 7 sculpin, 14 rockfish, 8 lingcod, 9 calico bass, 15 bonito, 35 yellowtail, 1 sand bass in their gunnysacks.