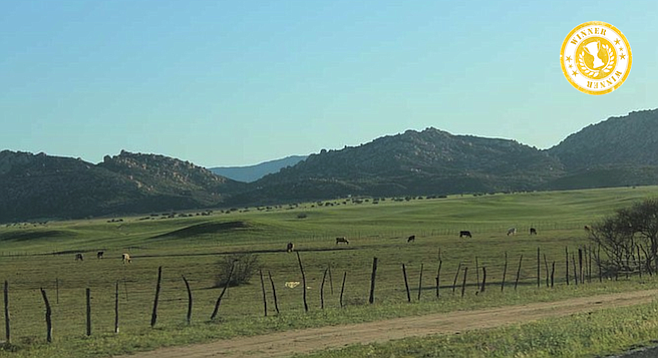 It’s a holdover from Baja's Gold Fever days. A hideaway from the bustle of Ensenada. Drive an hour inland through curvy roads, past an ashram and a blue Madonna painted on a boulder, and eventually you’ll spill into a valley of pastureland that could be anywhere Switzerland. 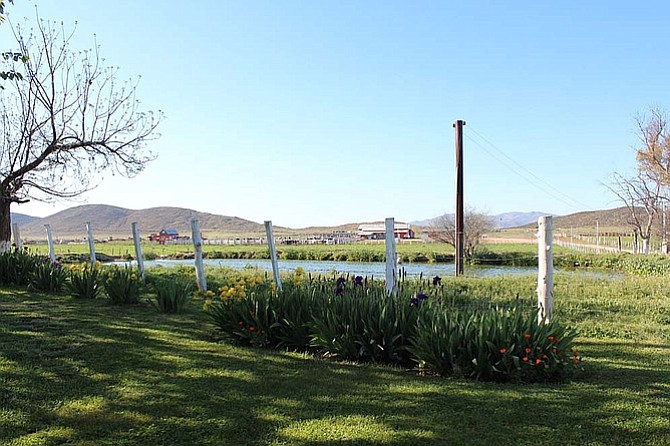 You’ll turn onto a dirt road leading to a foodie paradise where La Cava de Marcelo will provide you with a meal, cheese and wine tasting as well as a tour of the ranch.

About twenty families produce cheese in this region, known as the Valle de Ojos Negros (Black Eyes). This area used to be called Real de Castillo, and in the early 1900s the small town became the first capital of the state of Baja California.

During this time, prospectors came looking for gold. Commercial activity rose to accommodate the population boom. A Swiss Italian named Pedro Ramonetti Bonetti came from San Francisco to the valley, bought this ranch – which today encompasses 260 acres – and began producing cheese. His daughter, Letizia, took over the business and it was handed down until fourth-generation Marcelo Castro Chacon took over.

The tour takes you along a dirt road where you see the Holstein cows eating one of either three varieties of clover or four types of grasses, all grown without fertilizer. The approximately 110 cows are free-range.

As the guide explains, the milk is suctioned from the cow through pipes and into a double-walled tank, which sits inside a large air-conditioned room. After the first milking session, workers fill up the outer walls of the tank with cold water. The temperature change in the milk creates a top layer of fat that they remove and send to the creamery. There, the fat is stirred until it turns to butter.

During the 3 a.m. milking, Marcelo’s workers bring the remaining cold milk in the tank back up to a tepid temperature so that it mixes well with the new milk. By 5 a.m. the tank is completely filled. Marcelo uses the organic method of rennet, found in the stomach of a cow. Twenty milliliters of the enzyme is poured into the tank to coagulate the milk. After one hour, the milk separates into curd and whey. The whey is drained into the creamery, where it is heated to a boil. As the water evaporates, it leaves behind creamy crumbs. This leftover becomes Marcelo’s ricotta cheese. 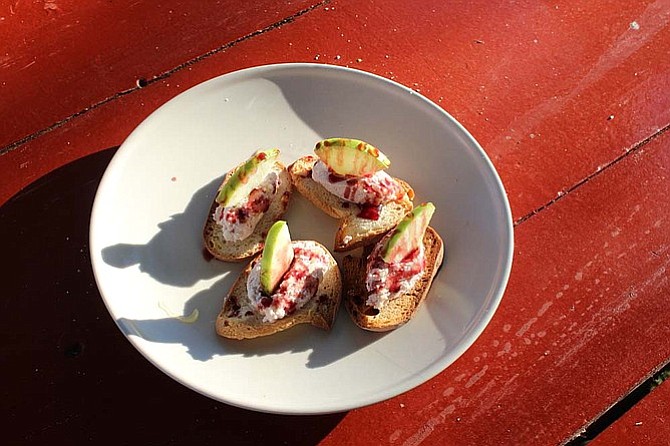 Along the tour route, you can taste both the butter and ricotta. Marcelo’s restaurant also serves the ricotta as a signature dessert (left) with strawberry jam, honey and red wine syrup.

Meanwhile, the curd is left behind in the tank. Marcelo’s employees place it in a drainage tank and add salt in order to preserve and enhance the flavors. From there, they place the curd into molds and press the cheese for four hours with fifty-pound weights.

The cheese (and cheese cave)

Other than salt, Marcelo’s cheeses have no preservatives or additives. This is the reason he does not export to the U.S., a country that requires pasteurization... so you’ll just have to come and get it yourself. When you pasteurize, Marcelo feels, you have to add flavors artificially, which takes away from the artisanal craft of making cheese. 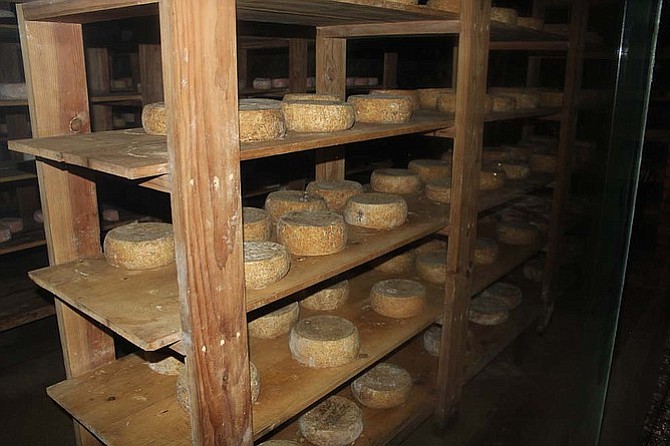 The tour ends at the cheese cave (left): the first in Latin America and the only one officially recognized in Mexico. When you enter the top floor, you can already smell the pungent wet air. Temperatures here are kept at 45 degrees Fahrenheit and at a humidity of 90% in order to properly age the cheeses.

Admittedly, I expected to walk through a Roman catacomb filled with endless rows of asiago and parmesan. Instead, I walked down the stairway of a contemporary building constructed and completed from 2006–2008. The cheeses were behind glass in three rows of one large room.

The tasting made up for my dashed catacomb hopes.

Tables were elegantly set with a spread of seven types of cheeses: one fresh plain; three fresh herbed cheeses of black pepper, basil and rosemary; and three aged cheeses of six months, one year and two and half years. To clean the palate they serve small slices of apples, bread and a bit of fig jam. They also served their house red wine made in the Valle de Guadalupe. It’s a blend of cabernet sauvignon, zinfandel and petit syrah, which pairs excellently with the cheeses.

After the tour, visitors are welcome to dine at their outside restaurant. The menu includes Mexican favorites like cactus salad, tongue and cheese torta. The chef – who has worked for Marcelo since the property opened to the public six years ago – began his career at the prestigious La Manzanilla in Ensenada under chef Benito Molina. His recommendation: lamb with baked potato and spinach.

The drive back through the countryside is dreamlike, especially with a full belly. You can stay at Rancho Casa Verde, which has been operating since 1882. They are a few kilometers from the cheese cave and offer a true countryside experience replete with horseback riding.

If you’re a bit more on the trepid side about traveling to Mexico, start your weekend at the touristy Rosarito Beach Hotel, only about 18 kilometers from the San Ysidro port of entry. This place caters to Americans and hearkens back to days when the town attracted famous celebrities. Call ahead and ask the front desk to reserve a driver who can take you to the cheese caves for a modest price.

Getting there: From San Ysidro, follow Highway 1 to Ensenada for about 1.5 hours. Go through the center of the city until you turn onto Baja Highway 3. You’ll drive along a windy road for about 40 kilometers until you pass the town of Ojos Negros. At that point, signs for “Cava de Queso” are everywhere. The road turns to dirt for about three kilometers.

Prices: We, a family of four, made out with a tour of the property ($10 per person, including cheese & wine tasting), a three-course meal, two bottles of Ramonetti wine and two large hunks of cheese – all for a total of $200. They take credit cards.