What have the demands of modern sport wrought — even in golf? 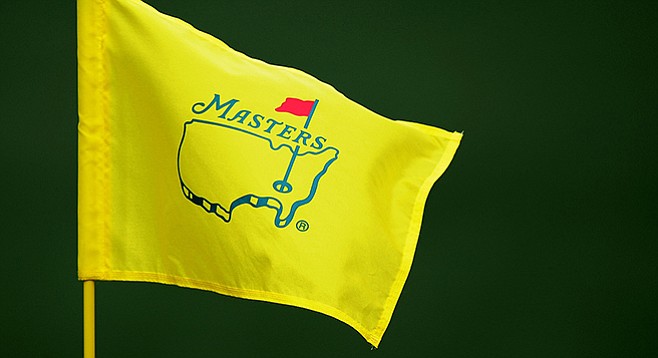 The “story” at this week’s Masters is Tiger Woods. Can he make the cut? Can he win? Vegas now says 40-1.

In the age of “right this minute” media mania, golf pundits question his “chipping yips,” his physical drainage, even if he can still “fire up his glutes.”

In this week’s Sports Illustrated, Michael Bamberger says stick in the fork: Tiger’s done: “He doesn’t have to find his swing. He has to find himself.”

Tiger Woods is under more micro-scrutiny than Al-Qaeda or ISIS. (I’ll bet the media can’t wait for the day when the Forces That Be have dust mote surveillance drones that can examine his — our — every nerve with impunity).

Australia has the “tall flower syndrome.” Anyone who tries to stand out gets clipped petals. The U.S. media follows suit. Approach the American Dream, especially if you’re a non-WASP, and....

Tiger didn’t help matters with his infidelities, though a pro basketball player remarked, “just 14 lovers? Hell, that’s a slow week in the NBA.”

And his bad back and ancient knees are the results of a culture that has pushed athletics beyond where the body can go. And the pundits want more!

You see it in the NFL, scurrying to regulate its violence. You see it in steroid-jacked baseball stats: athletes are now in a painful transition to the Bionic Age of Sport.

Golf was never meant to be played at this level.

It used to be a stroll in the wind, the occasional thwap at a featherie, and a not so wee dram, or twain, at the pub.

Which is where the pundits see, or want to see, Tiger today, slouching toward an early retirement.

Okay, he’s been far or far-abouts in all recent. And he hasn’t fired a competitive shot in over two months. But the scribes miss an obvious point: Tiger gets to play the Masters!

He couldn’t last year — and imagine how that must have felt. To have that door slammed. Maybe we can’t.

So maybe he’ll shoot 81/78 and miss the cut on the Tiger-proofed — and Ernie- and Sergio-proofed - layout.

Or maybe that shadowy drive down Magnolia Lane, like coming out of a tunnel into golf’s equivalent of Oz; or emerald green everywhere, even the napkins and trash bags; or watching umbrellas pop open like blooming flowers when it starts to rain — maybe something will kick in. If not here, then kick-started here for down the line.

John Henry, the great thoroughbred, won two Eclipse Awards for Horse of the Year. About a year after his owners retired him, they deemed it a fine idea to take him to a racetrack and let him walk a victory lap.

But as John Henry neared the raked dirt and heard the crowd he broke loose and, as best he could with an injured foreleg, sprinted around the track.