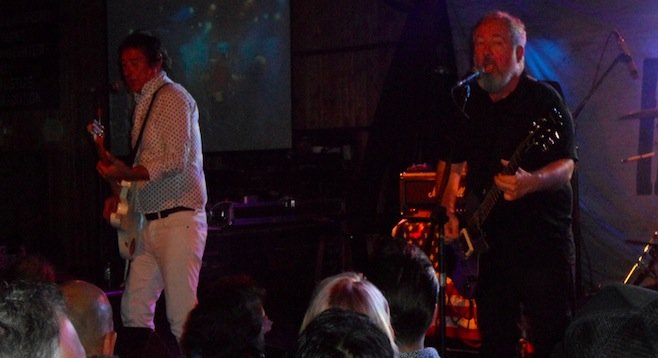 English punk band the Buzzcocks performed a blistering set before an enthusiastic audience at the Belly Up Tavern. The club was packed with a mix of scene veterans who remember the band from its original run as well a sizeable crowd of more recent vintage, both contingents singing along loudly, if occasionally off-key, throughout the show.

Formed in 1976, the band still includes two key members, frontman/guitarist Pete Shelley and lead guitarist Steve Diggle, alongside new members, bassist Chris Remmington and drummer Danny Farrant. Hearing the bands iconic singles played with youthful energy would have been a complete time warp back to punk’s heyday, were it not for Shelley’s current Ernest Hemingway look, complete with scruffy beard. 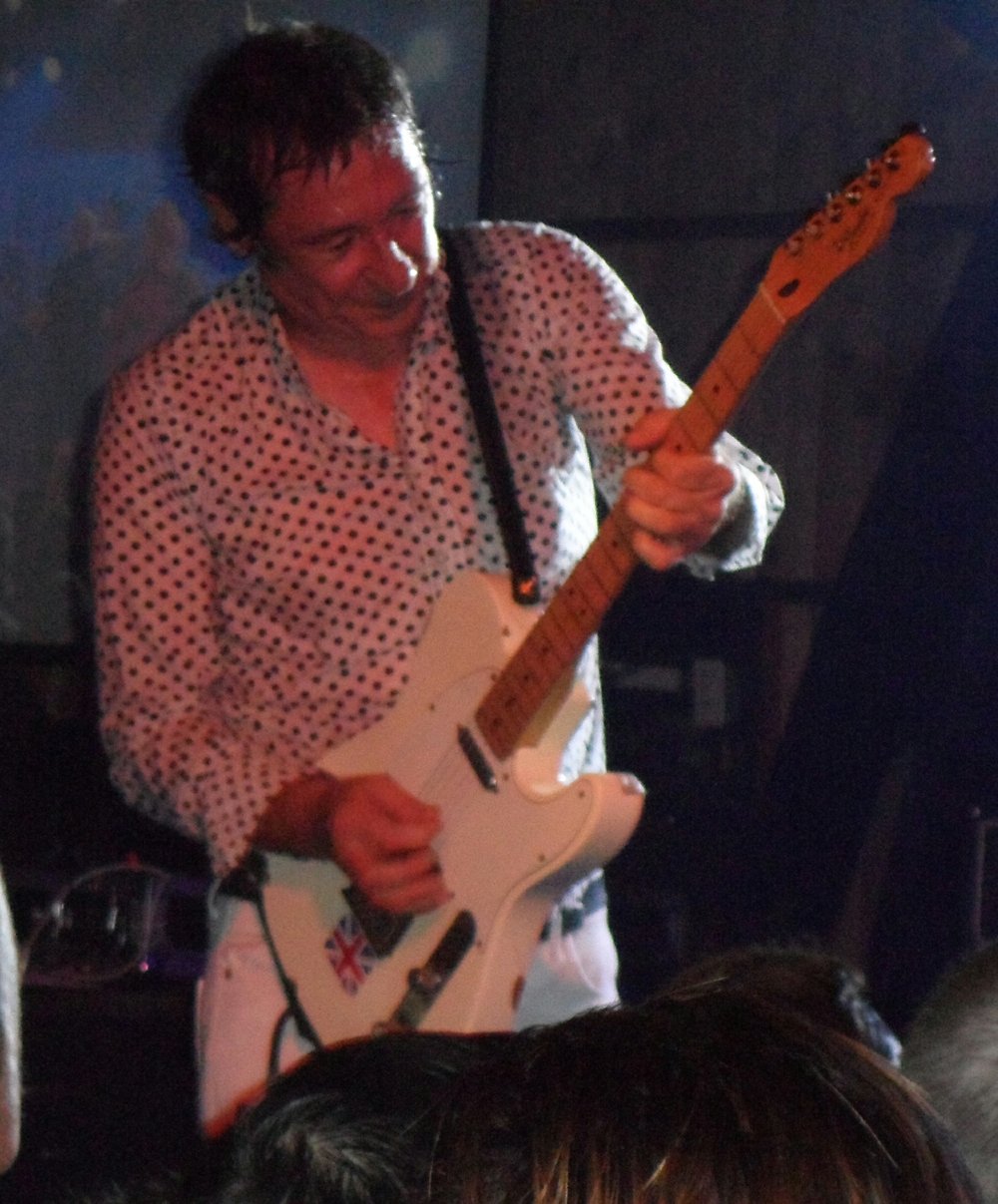 The Buzzcocks wasted little time with banter between songs, preferring to fill the time with one short, sharp burst of pop-punk after another. Opening with the fast one-two punch of classics, “Boredom” (1977) and “Fast Cars” (1978), the band played a tight 22-song set, followed by a three-song encore, which left concertgoers breathless.

As was to be expected, the hits were well received, but the band also played tunes, about half the set, from their more recent albums, to no let up in energy from their fans. Even the tracks from their latest disc, The Way (2014), such as “It’s Not You,” received a boisterous crowd response that included a mosh pit at the front of the stage. The band was clearly having a good time, with Diggle, resplendent in mod-ish white polka dot shirt, egging the crowd on, complete with Pete Townshend-esque guitar moves. As good naturedly rowdy as the audience was during the main set, they just about exploded when the band returned for their three-song encore of crowd pleasers, “Harmony in My Head” (1979), “Ever Fallen in Love” (1978), and “Orgasm Addict” (1979).

The show closed with the band declaring what seemed like a heartfelt, “You’ve been a great audience,” all four members coming to the front of the stage to spend time shaking hands with fans. The gesture capped a great night of music that was no mere nostalgia fest, instead showing a band still in their prime, nearly 40 years after they released their first music.