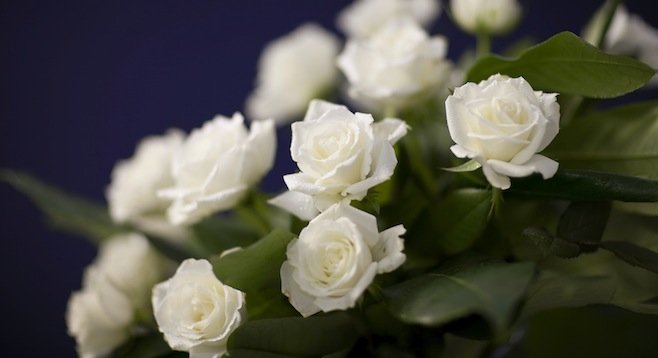 Hyatt was a relatively new telephone reservations agent, working for the San Diego-based airline, on the top floor of PSA’s headquarters at Lindbergh Field (the current commuter terminal building.)

She remembers having made a reservation for a passenger to fly from San Jose to LAX. Then, when she took her next call, she spoke with a older woman who was crying and begging to know if her granddaughter was onboard a PSA plane that crashed.

Hyatt remembers, “We didn’t know anything at first. On the wall was a big screen that relayed information to us. The words 'mishap' appeared on the screen.”

Hyatt said the weirdest thing was having to take calls from people who wanted reservations and didn't know what had just happened. And then maybe the next call might come in from someone crying, screaming, or praying for information about their loved ones aboard Flight 182.

In what Hyatt says was a pretty short period of time (considering the limited communications technology of the day), reservations supervisors went through the room and let the agents know what happened, and to advise callers of a hotline number.

“We could look out the top-floor window and see the smoke from the crash,” said Hyatt.

With visibility of ten miles, and on a clear Santa Ana day, a Boeing 727, PSA Flight 182, was on landing approach to Lindbergh Field. At 9:01 a.m., at 2600 feet, the jet hit a Cessna 182 Skyhawk. According to the cabin flight recorder, the jet crashed into a North Park neighborhood 22 1/2 seconds after the collision.

A photographer from the County of San Diego public relations department and a TV news cameraman from Channel 7/39 captured the images of the plane as it fell out of the sky. Both photographers were in the area shooting a different story when they heard the collision above them.

The crash remains California’s most deadly: 135 passengers and crew, including 30 PSA employees “deadheading” the flight back to PSA’s home base from its original departure out of Sacramento, with a stop at LAX.

The two in the Cessna (a pilot and instructor) and seven on ground were also killed. Twenty-two homes were damaged or destroyed by the impact and the debris.

Nearby St. Augustine High School served as a command center and morgue. The visual images of body parts scattered around was too much for some first responders to handle, and many quit or retired after working the crash scene.

The cause of the crash was ruled pilot error, as the captains were supposed to maintain a visual sighting of the Cessna. They assumed the plane had flown underneath them and didn’t notify the tower.

As a result of the investigation, the National Transportation Safety Board immediately implemented “Terminal Radar Service Area,” which further separated all aircraft around Lindbergh Field. In 1980, the FAA eliminated visual flight rules for passenger jets, implementing “positive radar control” of all aircraft in the area.

After a similar 1986 crash in the L.A. suburb of Cerritos, the FAA activated the "Traffic Collision Alert and Avoidance System" which is now used on all commercial aircraft.

Because PSA Flight 182’s collision was ruled pilot error, it is used as a teaching aid in current flight training.

In 1988, San Diego lost its hometown airline, one of the first discount airlines, known for its smile on every plane. PSA was bought out by U.S. Air (now part of American Airlines.)

Hyatt, now residing in Denver, remained in the airline industry for another 36 years working as a gate agent. She returned to San Diego to join other former PSA employees in their last-Friday-in-September annual reunion to honor the victims of the Flight 182 and to reminisce about happier times working the “Friendliest Airline in the World.”

And yet they continue to spend hundreds of millions of dollars for a downtown airport when there are several area air fields within 20 miles that aren't in the middle of the highest density population in the city. Sheesh.