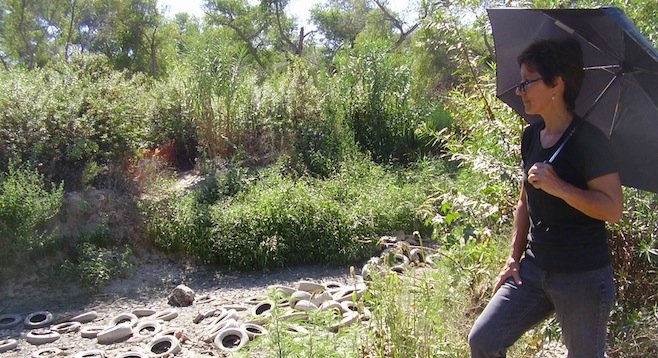 City dredging of the Tijuana River Valley channels was left unfinished in the spring, but it was after crews destroyed a popular river crossing, according to speakers at the San Diego City Council meeting on Wednesday, September 17.

The city's incomplete project dead-ended a county trail on the north side of the river and left Border Patrol agents unable to cross the two-mile wide area west of Hollister Street. River Valley residents, equestrians, a hiker, and the patrol agent in charge of the Imperial Beach Border Patrol Station talked to the council about the destruction of the Effie Mae crossing.

"The reason Effie Mae is important to us is twofold: during periods of inclement weather, hundreds of illegal immigrants flood the valley and we have to look for them — it's hard to do that if you can't get there," Border Patrol agent Greg Bovino said. "It's important for safety, to us, to illegal immigrants, and to locals; we have to be able to get in there when someone is hurt and we can't."

The crossing, between two high points on the trail, was destroyed in the dredging that began in March. The crews dug out six to eight feet of sediment and cut out the slopes, leaving an abrupt drop off on either edge.

County parks officials have directed trail users to ride their horses to the south side of the channel on the Hollister Street Bridge, a narrow bridge with no shoulders and low wooden rail built 70 years ago. Equestrians call it “Suicide Bridge.”

"It's a very dangerous situation as it stands," said valley rancher Dick Tynan. "Right now, that puts all the horses on the bridge with cars and trucks."

Residents, whose memory of the valley flooding after merely two inches of rain, also said the dredging left other channels still blocked and with standing water in them.

The river valley floods are unique. The area is already vulnerable because it is at low elevation around the Tijuana River, which is dry most of the year. When it rains, run-off from Tijuana streets and canyons rush through huge drainage culverts along the border, including drains in Goat Canyon, Yogurt Canyon, and Smuggler’s Gulch. Adding to the volume of flow, Tijuana sewage authorities often find their wastewater system overwhelmed during rain and they reputedly open their floodgates, releasing wastewater and sewage into the river channel. 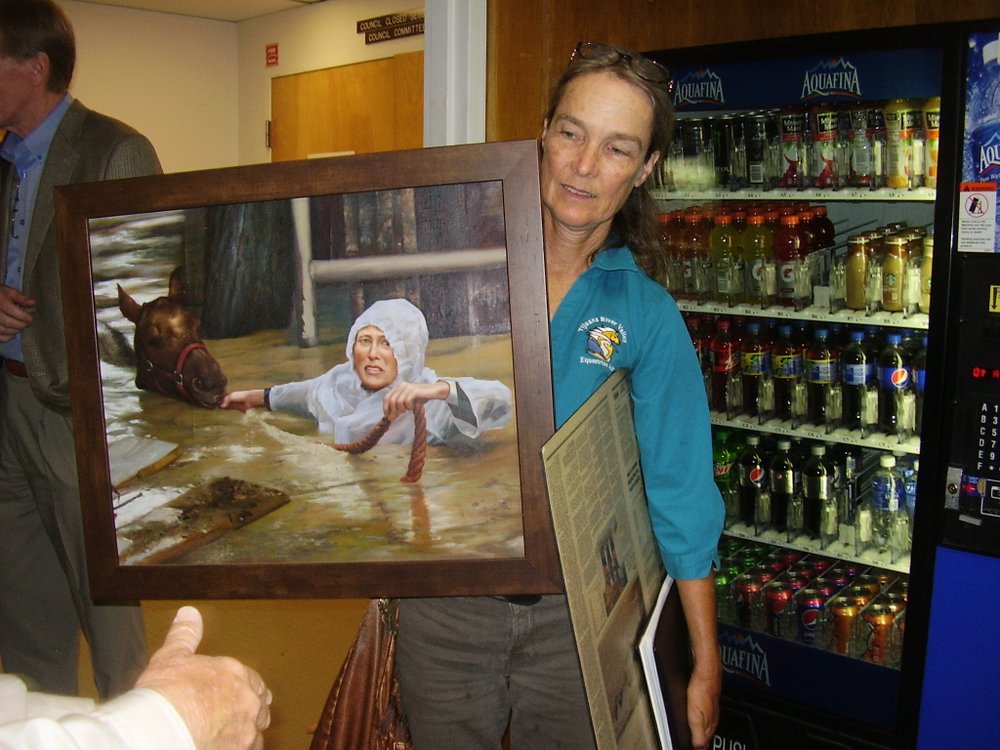 "It floods down the canyon and across the border. It stinks like sewage," said equestrian Mary Powell. "The floods in 2008 were in a dry year with less than two inches of rain."

City of San Diego Storm Water Department administrators said that they will meet with county parks later this week to get the trail crossing reopened. But, administrator Gene Matter said, they can't come back and work in the river valley unless the area reaches a higher risk of flooding.

The permit cost doesn't include lawsuits that hindered the work until March. Attorneys sued the city for issuing itself an emergency permit to dredge, arguing that since dredging was required every year, it wasn't so much an emergency as an annual event. Now that the Storm Water Department has the permit, they can't do the work under its restrictions, Matter said.

City councilman David Alvarez noted that the department was understaffed and underfunded before he gently criticized their work.

"We know you have not been given the resources you need," Alvarez said. "For a lot of years, staff was being asked not to acknowledge the deficiencies in funding." But, he said, dredging only 3100 feet of the 5100 feet of channels worried him — and could be a liability for the city.

"I'm disappointed we did not finish the work in the Tijuana River Valley," Alvarez said. "The way I see it, the job wasn't finished."

Bureaucracy that seems to deliberately tie things up, solving exactly nothing.

Would it require a permit to remove all the dumped tires and other items?