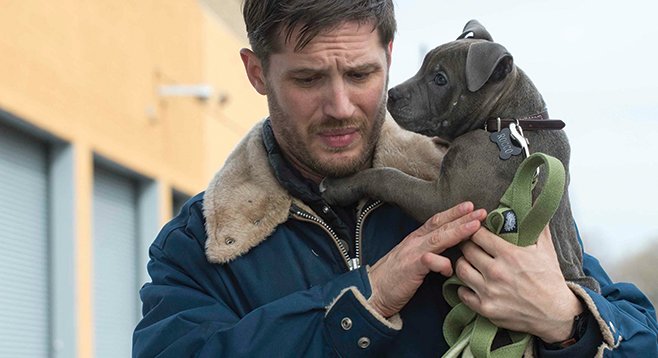 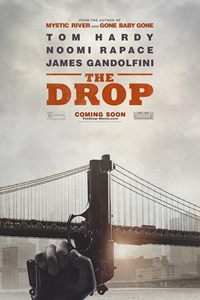 I spoke with Mr. Roskam shortly after his latest film had screened at the Toronto Film Festival. He reported that the screening had gone very well: people applauded not only at the end of the film, but also after a climactic scene. I asked if he ever thought of the audience when making a movie, and he said that he tried to make films that worked both anecdotally — this happened, and then this, and then this — and in a more layered fashion. Then I asked him why Dennis Lehane’s story “Animal Rescue,” on which the (Lehane-scripted) film is based, made him think this should be his next project after the well-regarded Bullhead.

Michaël Roskam: First of all, it was extremely well written. Within a couple of pages, it started turning into images for me, and I wasn’t reading dialogue, I was hearing it. The mind and the gut started to connect, and that’s good.

Second, I love characters who are static — someone who is not actually living, but just existing — because they are trying to handle their past. It could be something that happened to them, some attack or trauma. But we forget that you can also be traumatized by the things you do. Things that you regret or struggle with can become a force within you. These static people don’t want to deal anymore with the past; they want to forget it. They enter into a kind of existential hypnosis: day in and day out, the same thing. Bob has done it to the extent that, at the outset, people might think he’s a little simple. Tom Hardy and I felt that we had to present him as a kind of idiot savant — not in the insulting sense, but in the sense of the fool. It reflects a simplicity that you otherwise see only in children and animals. We cannot judge them if they do harm because they didn’t do it on purpose, or it was just their nature. You cannot bring a dog to trial for biting because he’s a dog, you know? That feeling was there in my first vision of Bob, [but] of course, he’s carrying a secret.

Matthew Lickona: Right. We know he’s got something to feel guilty about, because otherwise, he’d go up to receive communion at Mass.

MR: Exactly. We tried to make this a suspenseful character study, peeling layers off like an onion until we get to the core of who Bob is and find out the truth about everything. It starts when he finds the dog. I said to Tom, “The dog is like your soul. Your soul is in a box, hidden somewhere, and you’re going to find it. The reason is unknown: maybe it’s destiny, maybe it’s the gods saying, ‘Oh, there’s some shit that’s going to happen with Bob, let’s give him a soul to help him.’ ‘How are we going to do that?’ ‘Give him a puppy. He’ll open up, become emotional, become vulnerable, and maybe wake up and be ready to stand and defend when the time comes, and at the same time, face the demons in his past.’ With the dog comes a girl, with the girl comes a gun.

ML: Well, we are talking about Dennis Lehane.

MR: He is so good at describing that world, keeping it grounded and faithful to genre elements. And I love the old gangster films, the crime films. The good ones, the innovative ones, are actually social dramas. They’re criticizing society, providing a voice, as Dennis says, for the man without a voice. He said a wonderful thing yesterday: “Shakespeare wrote about kings falling from thrones. I write about people falling off the curb.” I’m very interested in that world: people who are confronted with the dark side of the law, because the law is not always going to take care of them. They live lives that are pretty dangerous; they have pressure about everything. You get people trying to survive and using whatever tools they have to do so. Sometimes, those are the tools presented by crime.

ML: The church Bob has been attending closes by the end of the film. Is he ever going to go to church again?

MR: Well, he might get married there. We don’t know, but I think he will try. It will take time for him to deal with all the things he’s done, but he expressed his vision: “After I die, I will probably not go to a good place. But let’s try to make a good living until I have to go.” And I think the dog is definitely going to help him have a little bit of innocence as long as he lives.

ML: At one point, he says that there are some sins you can never come back from, sins that mean you have to be alone forever.