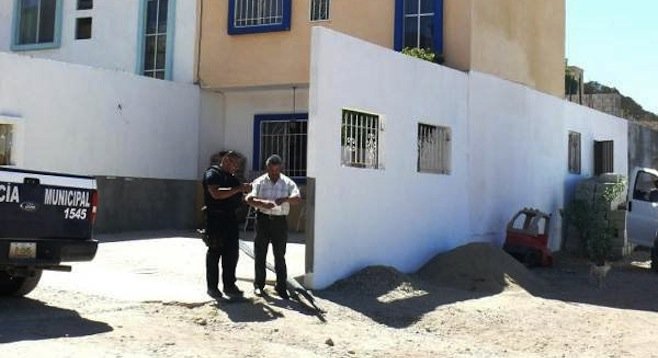 Baja California authorities are searching for the caretakers of an elderly American woman found dead and stuffed into the refrigerator of her Rosarito Beach home earlier this week.

Rosarito police said a friend of the couple that had been caring for Helen Minley, 97, alerted authorities after he went for a visit shortly after noon on September 2 and noticed bloodstains on the floor.

Investigators later discovered her naked body stuffed in a fetal position with blood on her legs inside a refrigerator in her home in the Lomas del Desierto neighborhood, according to multiple press accounts.

Authorities have been unable to locate the couple who had been looking after the elderly woman, identified by various newspapers as Mario González and his wife, Aurora González. The couple also reportedly rented a small room in the Minley home.

Press reports said it appeared the woman had been stabbed in her upstairs bedroom and then dragged to the kitchen and placed into the refrigerator.

"These events have alarmed the American community, estimated at more than 14,000, the majority of whom are elderly and retired and live near the coast in Rosarito," the Baja California daily El Mexicano reported.

Neighbors told El Mexicano that Helen Minley was a quiet woman who rarely left her home.

While man Americans think that Baja California is the end all be all there are risks to living there that should be considered before making a decision to move there.

all the mexico news is so full of shit! and don't have there story straight...before they start making assumptions, they should get the facts straight!! There has been 12 different storys and all of them are different!

What matters here is that this lady was killed. This what we should be concern about.

Oh my God, this is OUTRAGEOUS! Nothing like this ever happens in the US! Mexico is a terrible place. I'm sure the Mexican police are in on this... they're probably related to the killers, and I'm sure they looted the house while pretending to investigate. Right after their siesta.