What becomes a legend

Swashes, buckled, in The Last of Robin Hood 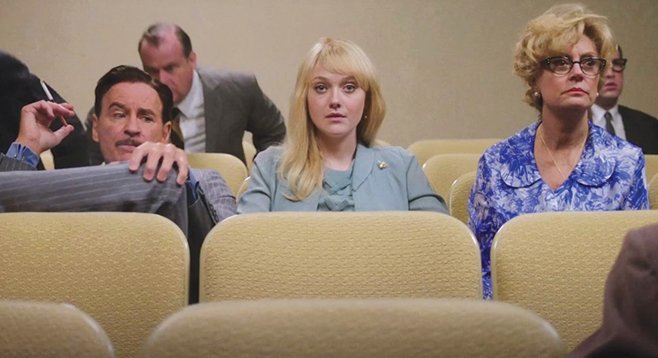 “They’re real sticklers for the rules these days, not like in my time,” says Errol Flynn (Kevin Kline) while effortlessly trying to put across Hollywood’s attitude toward May/December romances to star-struck Florence Aadland (Susan Sarandon), the mother of his 15-year-old mistress, Beverly (Dakota Fanning).

The Last of Robin Hood chronicles the final two years of Hollywood’s storied swashbuckling lothario, a man whose dog-hungry addictions, among them an injurious dependence on fame, is topped by a decadent desire for young girls. It’s a time when all it takes is a pretty little thing in a red dress to signal a green light.

At her mother’s suggestion, Beverly elects to slip into the more colorful, age-embroidering garment for her big studio audition. Moments after Flynn spots her slinking through the backlot, his resident pimp — costume designer Orry Kelly (Bryan Batt) — has successfully arranged a meeting.

Beverly’s wouldn’t be the first cradle that Flynn was accused of robbing. In 1942, a pair of minors accused the actor of statutory rape. Though he was acquitted, the headline-grabbing trial put a permanent ding in the public’s perception of Flynn.

In her mind, Florence is both armchair celebrity and supportive stage mother, a peg-legged dynamo who will do anything — including sacrificing her marriage in order to turn a blind-eye to her adolescent daughter’s relationship with a moribund immortal — to secure a small piece (by association) of the limelight. Although much of the film’s dialogue is drawn from conversations Beverly shared with the filmmakers, the narration is entrusted to Florence. For her, conviction comes in the form of an all-encompassing faith in the salvational power of celebrity. Like any devout fame whore, Florence commits a lot of screwball sins in the name of Hollywood. 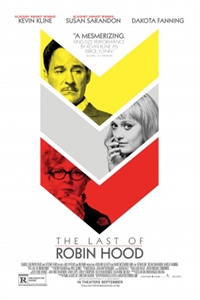 Some have taken filmmakers Richard Glatzer and Wash Westmoreland to task for their objective approach to the material. The phrase “statutory rape” is voiced just once in the film, by Flynn’s lawyer during a closed-door conference. This was 1959, long before tabloid headlines catapulted the term into common usage. Wishing to neither justify nor judge, Glatzer and Westmoreland contextualize the facts to reflect the time in which they take place, as opposed to more contemporary thinking.

Fanning plunges the depths of a character torn between a loving superstar on the way out and a conniving mother looking for a way in. Kline, a much better actor than the one he plays, knows what becomes a legend most and how to pull it off. He is superb in the role. It’s been some time since Sarandon was able to sink her teeth into a character as meaty as Florence Aadland. Apology accepted for The Big Wedding and Tammy.