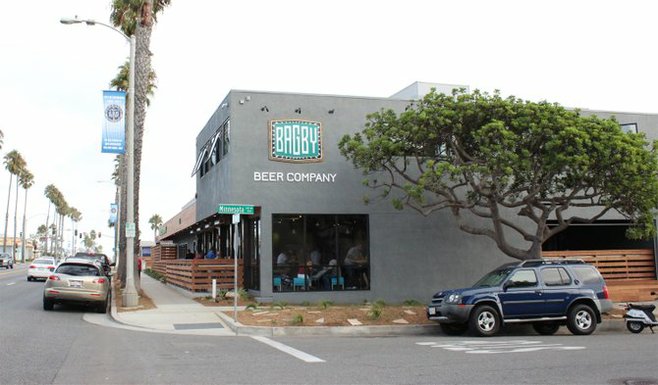 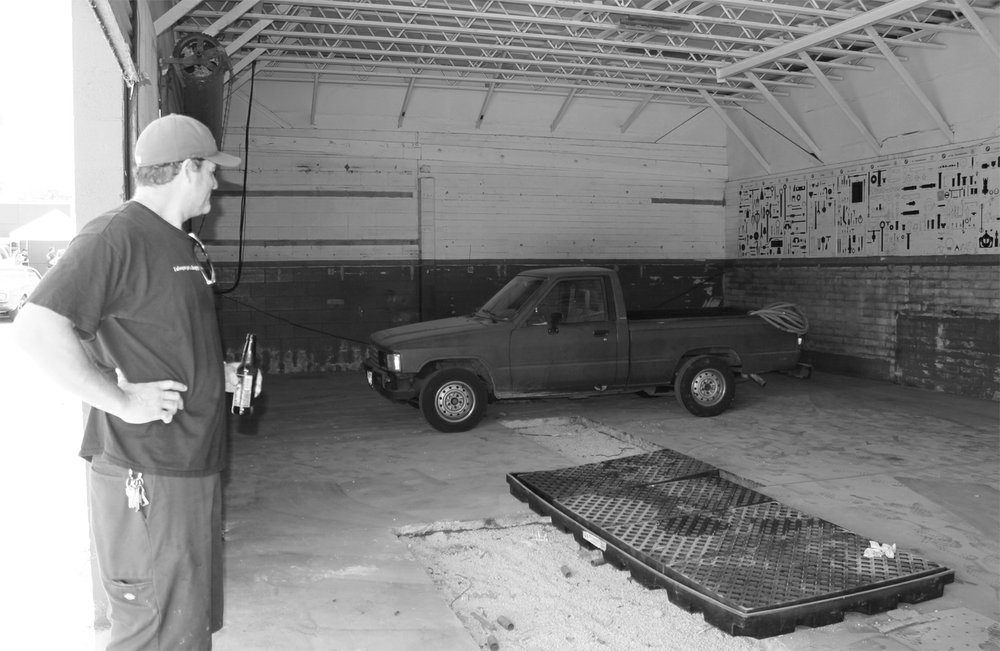 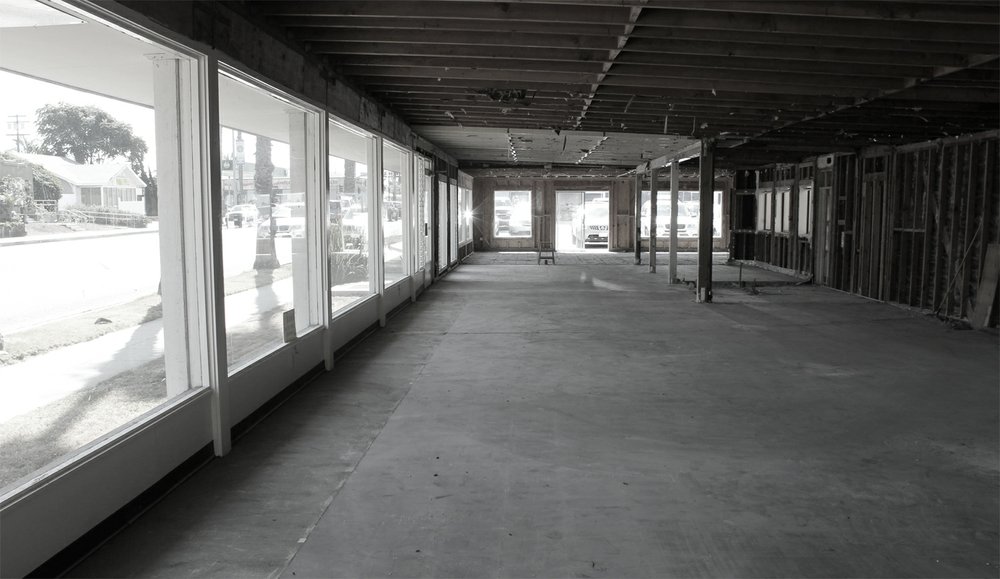 When I last toured the construction site of Bagby Beer Company, the place still mostly looked like the auto dealership and repair facility it was in its former life.

A visit this weekend turned up a nearly finished product that is worlds away from what it was. Earthy materials meld with a gunmetal and hop green color palate to give the new brewpub, a place beer nerds have been eager to explore for years now, a very complete and attractive look. 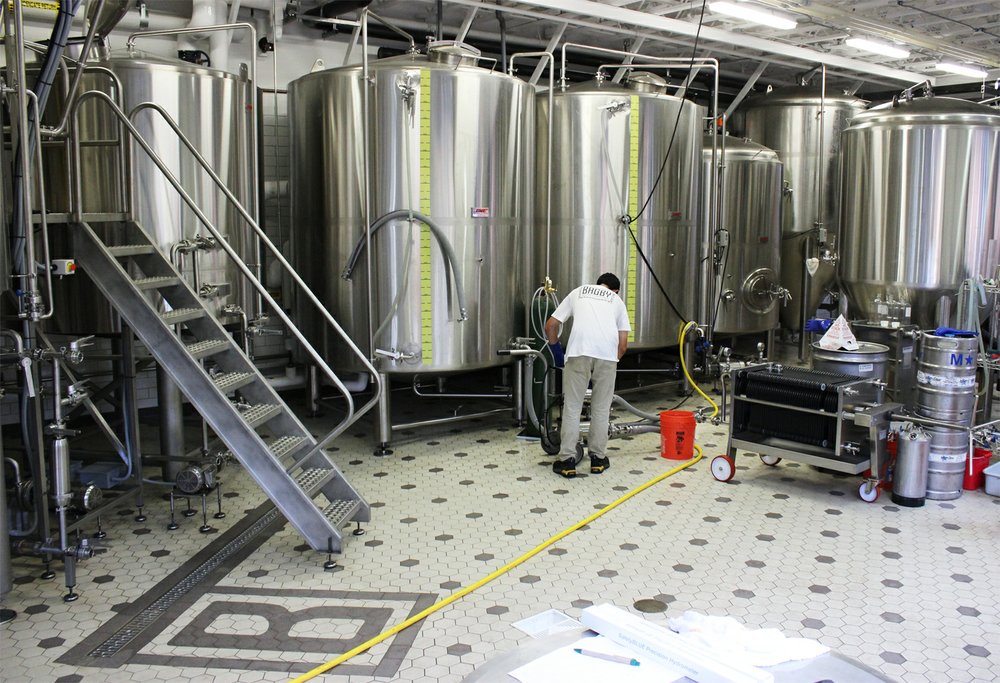 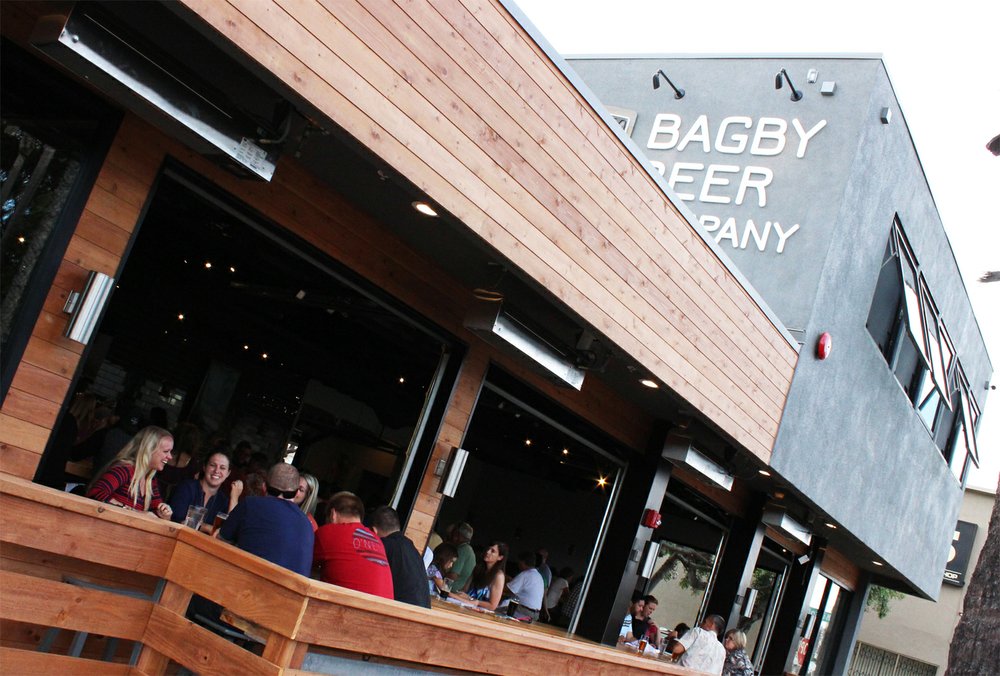 The service garage is now a stylishly tiled brewhouse stocked with fermentation tanks. The showroom is split between a kitchen and downstairs bar area, and bordered on its south end by a swanky outdoor bar and patio that looks great in its modern, SoCal motif. 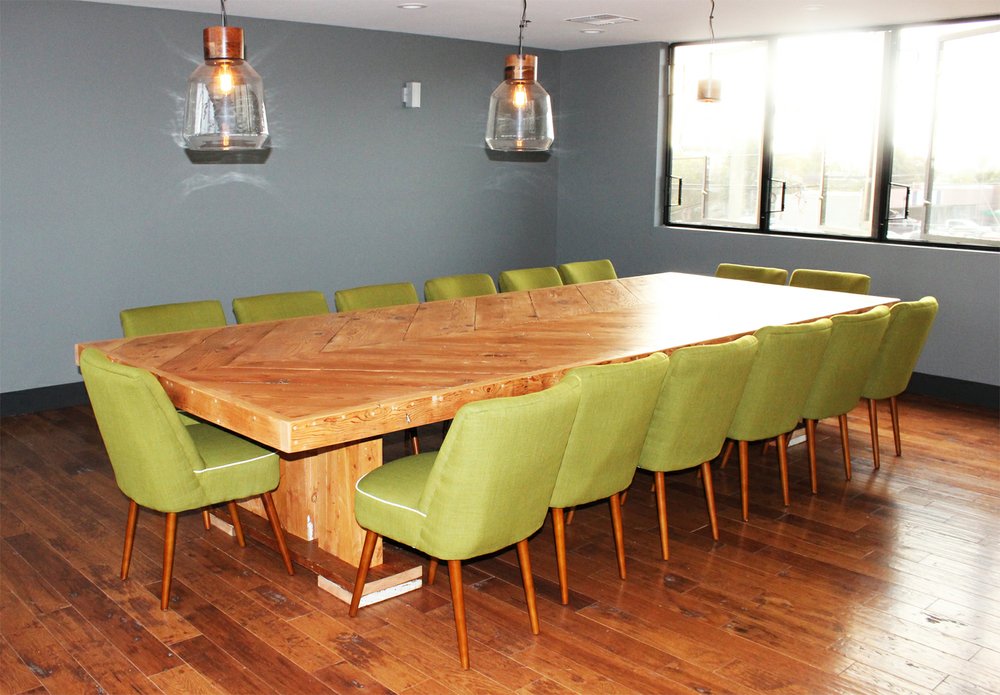 The upstairs office space has been converted to a luxurious dining area that includes a private event space and a much-anticipated deck providing a view of the ocean and the action in a gravel courtyard directly below. 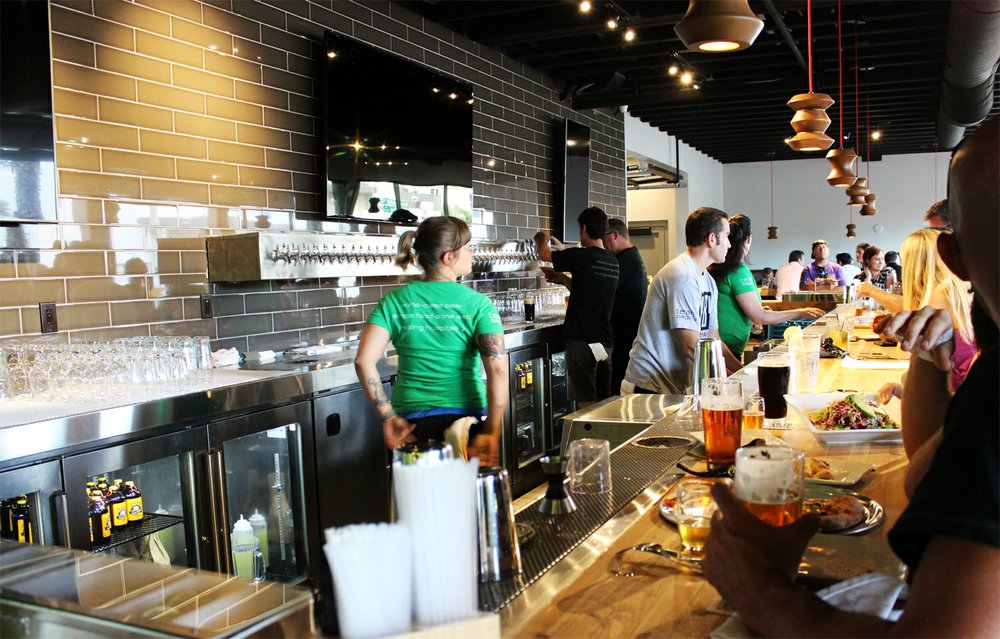 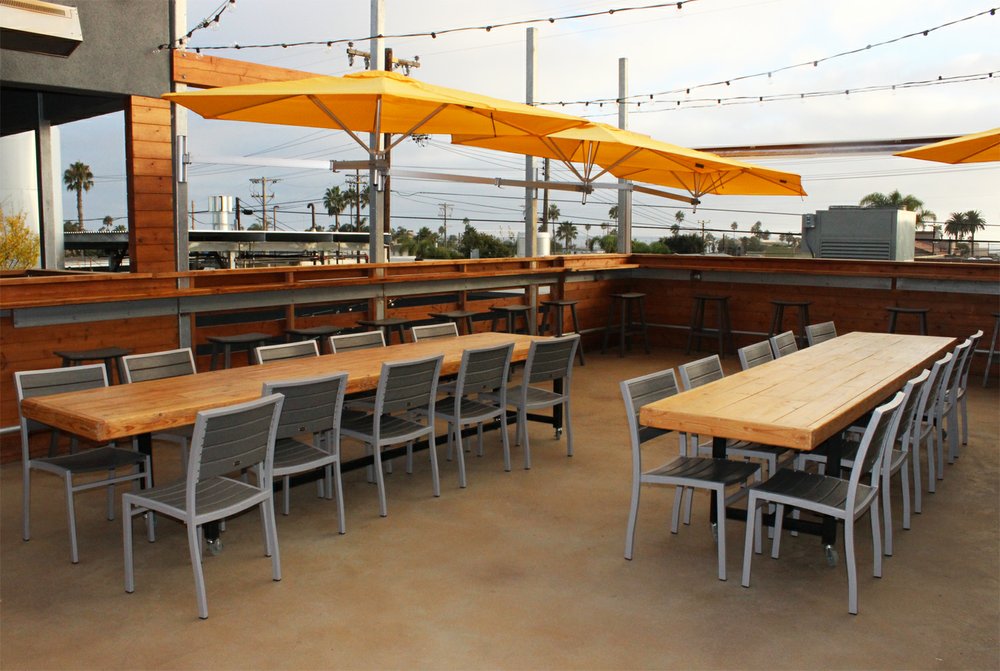 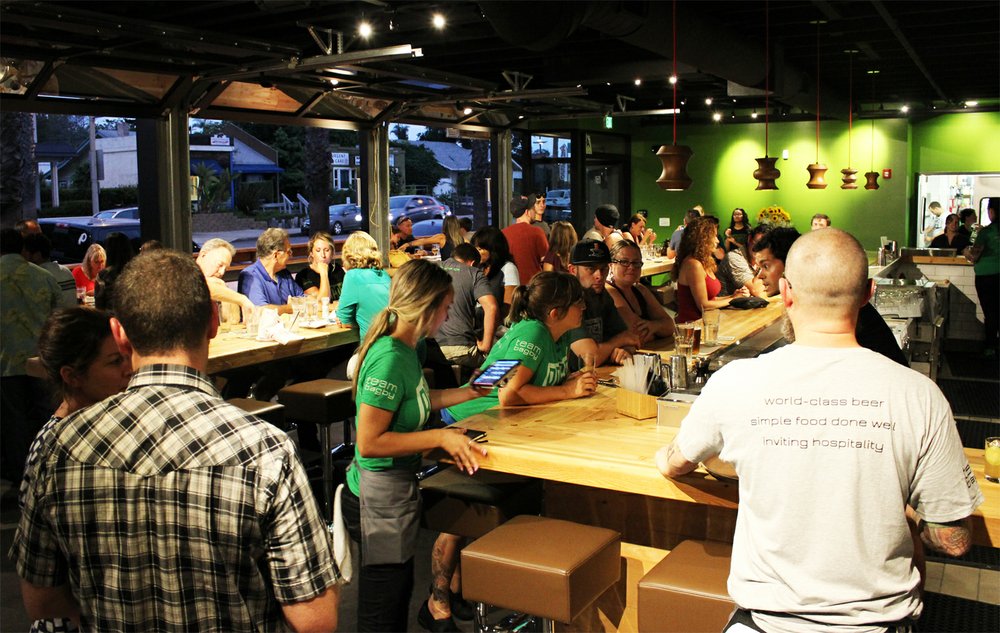 The food menu includes many items one would expect of a casual brewpub — poutine, pizza, sandwiches, salads, and the like. That food is being put out by ex-Pacifica Del Mar chef Brad Davis. But the beer is, appropriately, the draw.

Owner and brewmaster Jeff Bagby has earned more high-profile brewing awards than anyone in San Diego (or anyone in the U.S. if you go by the country’s premier competition, the Great American Beer Festival). Two of his creations, a mild summer ale and brown ale fermented using La Cruda yeast from Bagby’s long-time friend and comrade, Tomme Arthur at Port Brewing Company/The Lost Abbey. Both were pleasant, balanced, and easy-drinking. A full bar with a craft cocktail program is also present. 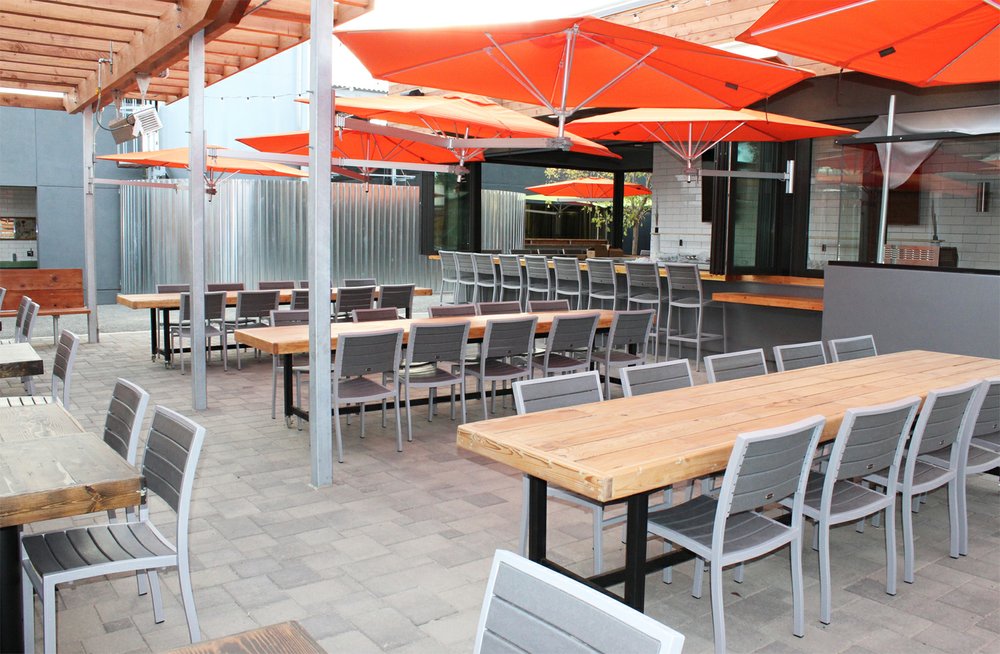 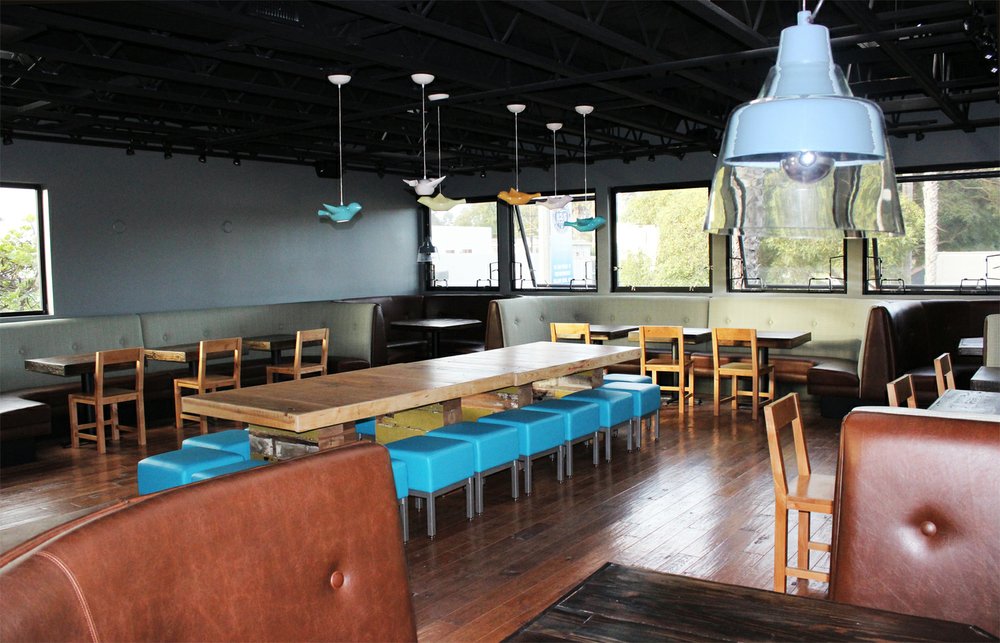 I could go on, but in cases like this, imagery trumps verbiage. Feast your eyes on this new business, which is scheduled to open very soon (possibly this week) and will surely never be this empty again.