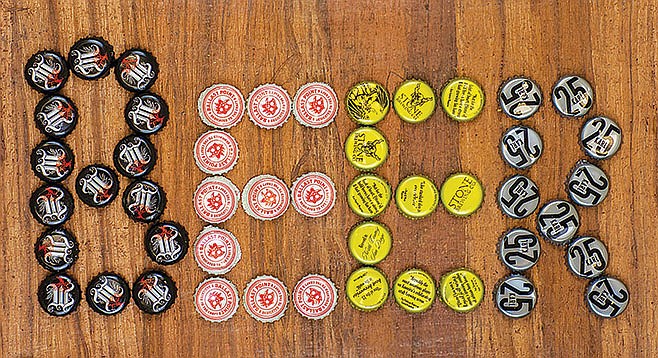 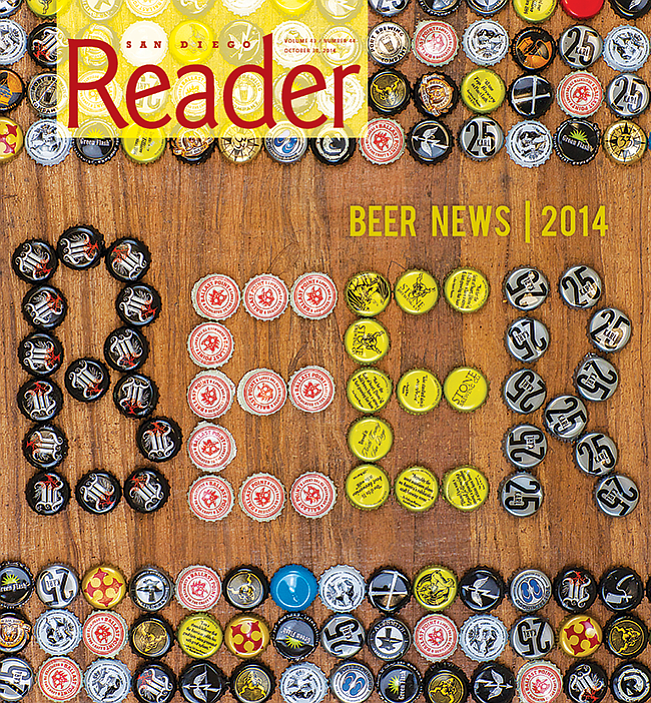 Thanks to a year in which a record number of new breweries and brewpubs came online, the number of operating brewhouses in San Diego County has risen to more than 100. That’s more brewing facilities than many states lay claim to.

The following are the best of the rookie class.

Everyone expected Jeff Bagby’s eponymous interest to be a hit, and it has been. A brewpub headed by the winningest brewer in Great American Beer Festival history is the industry equivalent of a sure thing. Less than a month into the business’ lifespan, Bagby won another medal at this year’s Great American Beer Festival for a dry Irish-style stout, one of several milder brews in his initial line-up. Despite being tamer, those are to-style and stellar, leaving fans salivating for his eventual and inevitable hoppy ales.

It takes a lot to compete in the brewing game when you’re located smack dab between Societe Brewing Company and the beer Mecca that is O’Brien’s Pub. But marrieds Liz and Curtis Chism have earned their spot on the Kearny Mesa beer trail behind well-crafted beers of all types. The IPAs and America’s Finest Pale Ale (essentially an IPA) deliver plenty of hop fruitiness, Belgian ales are enjoyable, and the Pirate’s Breakfast imperial oatmeal stout shows why it won the couple so many homebrewing awards.

It takes some determination to get to this far north, down-home business on its namesake community’s main drag, but once you’re there, it feels like home. Fallbrook is represented via photography, clientele, and the names of brewmaster Chuck McLaughlin’s beers, which are as easy-drinking as the atmosphere is easygoing and have shown consistent improvement. The best, most innovative of the bunch is Java Hill, a cream ale infused with coffee that delivers flavors unlike any other beer in the county.

The owners of this newcomer to the Jewel had their work cut out for them, taking over a brewpub with a terrible reputation born from poor management, juvenile weekend ragers, and being the starting point for the 2007 Emery Kauanui murder incident. Former Green Flash brewer Brett Stampf pulled on his brewing boots and pulled the place up, bringing legitimate skill and heart to this venue, which he helped build along with a line of beers that includes a tasty Irish-style stout and IPA, both of which are served on nitro.

A patriotic motif built around America’s founding fathers and colonial glory days feels right at home in Oceanside, not far from Camp Pendleton. A visit to the tasting room actually feels a bit like falling in at a Marine Corps mess hall…except there’s beer. While not as consistent or pristine as one would like, there are some rather nice session beers, including an ESB, brown ale and Scottish ale. Ironically, most of the beers here are English in origin, but after 238 years of independence, it’s something we can overlook.

Julian resident Tom Nickel really wanted to open a brewery in his hometown. Enough so that, when his partnership in Julian Brewing Company ended, he headed a mile east and set up a brewhouse and tasting room. Such a small town would be lucky to have any local beer, but to have those crafted by a former World Beer Cup champion (Oggi’s, 2004) is a treat. His expertise shows up best in Stonewall Stout, The Devil’s Copper red ale, and the best-named beer of the year, Hopster Douchebag double IPA.

A pair of former Stone brewers came together over their love of beer and the ocean, and the result is this nanobrewery with a surfing and seawater theme and West Coast brewing approach. Though young, the business is making strides in the right direction with a beer board offering plenty of appealing options for hop lovers. The most impressive is Octo-Rye, a dry double IPA with needling hop notes and appealing spiciness from rye. Other hits include Bombora IPA and a strong ale called Sticky Icky.

Another group of Team Stone alums moved on from the gargoyle clan to set up camp in nearby downtown Escondido with a restaurant equipped with a tiny brewing system. Outfitted in reclaimed materials with roll-up garage doors looking out onto Grand Avenue, it’s a cozy place to settle down and enjoy tasty pub grub and a spectacular tap list. That list seldom includes house beers, but those rarely seen ales have won kind comments from those lucky enough to get a taste of them.

It takes guts to open a new brewery and lead with a program devoted to beers spiked with Brettanomyces. That’s just what this Vista interest did, after enlisting the services of wild-yeast aficionado and well-known homebrewer Peter Perrecone. The result is a spot where visitors can get a feel for all of the interesting things Brett can do to a beer. From increasing a beer’s dryness to adding funk or a touch of biting spice, it’s worth investigating, and this newbie wins points for doing so in such an extensive manner.

More Stone faces in new places can be found at El Cajon’s only brewing operation, a brewpub installed by the URBN Restaurant Group at the site of the former El Cajon Brewing Company. Ex–Stone-Escondido executive chef Alex Carballo handled menu development as well as the hiring of former Stone brewer Callaway Ryan. The latter’s house beers include a brilliant saison reminiscent of those made in Belgium, an IPA, and a beautifully malty EESB (extra extra special bitter).