Appeal to "illegal tax" every year 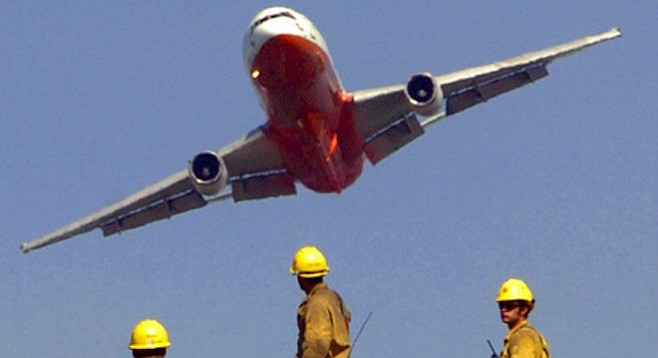 This month, property owners in the county’s semi-rural areas are receiving their annual $150 bill for the state’s “Fire Prevention Fee.” Since the per-parcel fee was enacted in 2011, the Howard Jarvis Taxpayer Association has been in litigation over what they call an illegal tax.

While there has not been much news on the lawsuit in the past year, last week, as tax bills were being mailed to thousands of Californians, lawyers for the plaintiffs announced, “The case is still active and work is continuing.”

The association’s lawyers said the case is progressing through the discovery phase — both sides entitled to probe each other’s evidence. “After our attorneys sent the state’s lawyers formal questions and requests for important documents, the state sent back 13,000 pages of material,” said a spokesperson.

The lawsuit alleges that after Cal Fire’s loss of $80 million in funding due to 2011’s lingering budget crisis, then-assemblyman Robert Blumenfield (D-Van Nuys) pushed through as an emergency, carefully worded ABX1 29, stating the $150 fee was needed for “benefit services.” By not labeling it as a tax, a two-thirds vote of the legislature was not required. Fellow Democratic legislators quickly passed the bill, and Governor Brown signed it.

Municipalities, counties, and fire districts up and down the state have opposed the fee. Property owners in the semi-rural communities such as Alpine, Bonsall, Fallbrook, Rancho Santa Fe, and Valley Center point out they already pay property taxes to support their fully equipped local fire departments.

However, Cal Fire claims that in wildfire crises in those semi-rural areas they usually become the lead firefighting agency. Such was the case when San Diego County experienced the massive fires in 2003, 2007, and in four of the nine fires started in May of this year. (While five of the May 2014 fires were handled by the mutual aid of local fire departments, Cal Fire supplied the water-tanker drops.)

Opponents continue to point out that of the millions of dollars already collected, not one penny is used for firefighting. The funds are earmarked for fire prevention – brochures, public service announcements, and additional staff to advise property owners of brush-clearance requirements. Public service commercials, paid for by collected fees, now run on radio and TV stations throughout California.

Should a judge eventually rule in favor of the plaintiffs and label the legislation as a tax, funds collected could be returned to property owners. One may receive a refund only if the fee was challenged through filing of an appeal, each year, when they paid their $150 fee.

An appeal form can be found on Cal Fire’s website. It should be noted that on the form’s reasons for requesting an appeal, “illegal tax” is not one of the options to check. Property owners are advised to write “Illegal Tax” in the form’s “other” category, in order to be included in any future refunds. An appeal form should be filed annually when paying the $150 fee.

If you reread the story, you'll note that none of this funding goes to adding equipment or firefighters. It goes to fire prevention efforts only. While I'm all for prevention, and some small efforts at prevention might have prevented the Cedar Fire along with the two others that burned simultaneously in 2003, and the Witch Fire in 2007, charging the landowners for it seems manifestly unfair. To reiterate, they pay property taxes for fire protection already. This was just another backdoor attempt to raise revenue from a group that had no organization ready to speak for them, or so the pols thought. Kudos to the Jarvis group for taking up the cause. But why is it taking so long?