Luck and fate in Mexico's Tepotzotlán 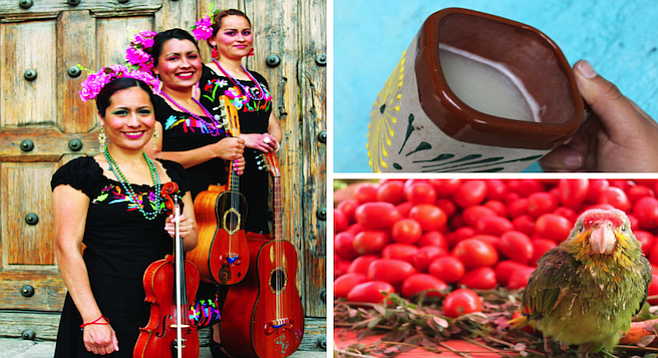 Hidden in Mexico City's northern outskirts is the town of Tepotzotlán. Despite how close they are to one another, Tepotzotlán is about a two-hour drive from Mexico City due to havoc traffic.

When I arrived, I had to get my hands on some tasty pulque, a traditional alcoholic drink that's made by fermenting nectar from the maguey plant. For an inexpensive price, local brew houses around the neighborhood sell what the Aztecs called “the drink of the gods.” With a liter of pulque successfully procured, we enjoyed the drink on a rooftop overlooking most of Mexico City. 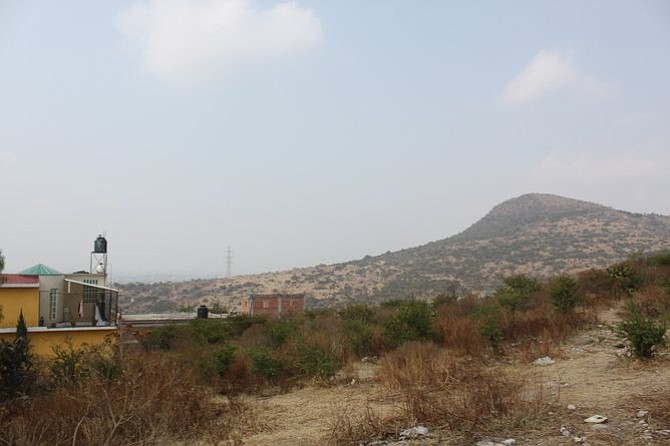 I learned an interesting fact about the name of the small town. The náhuatl word Tepotzotlán means "aside the hunchback," because of a hill that resembles a hunchback (left). Rumor has it that thieves built an underground tunnel that ran from the hill to the San Francisco Javier church to steal gold. Others say they have seen lights floating around the hill and suddenly disappearing. The town itself is categorized by the country's tourism board as a "Magical Town of Mexico", which might lend a little more credence to the legends.

My second day here, I decided to go into the city. I’ve never been a fan of big cities – but the Zocalo is the reason why I love Mexico City. Authentic artisan crafts, Aztec dancers doing herbal smuging, signs of what used to be Aztec structures, it all made me feel at home and proud of my roots.

I felt the same way when I climbed the 365 steps of the Pyramid of the Sun in Teotihuacan, and roamed around Frida Khalo’s Blue House in Coyacan.

Returning from the city to Tepotzotlán’s main square, I decided to enjoy a michelada, a 32-ounce draft beer rimmed with tamarind and chili powder. As I sat and enjoyed my drink, I got to reflecting on my adventures in Mexico City and Tepotzotlán, and on the special aura of these places.

The last hours in Tepotzotlán were probably the most magical. My day of departure arose. I had plans to catch a 7 p.m. bus that would take me to the western city of Zihuatanejo to visit more family. Noon came up, and fate stepped in. Earlier in my trip, I had met a talented young woman who sang and played huapango – traditional Mexican folk music – with her two sisters. She gave me the opportunity to photo shoot their band, Las Palomitas Serranas, in Tepotzotlán’s main square and the San Francisco Javier church.

As they stood and posed in their traditional embroidered Mexican dress and instruments, I realized that the trip to this magical town had come at an opportune time. Riding back into Mexico City, I knew this would not be my last visit here.

State, town, fiesta, siesta; who gives a flying frijole? The important thing is the girl made it in and out of Mexico without getting robbed, raped, or having her head chopped off. Let her enjoy basking in the aura of places that for many, are now a dangerous distance away.

Lo siento if I sound upset, but someone needs to be held accountable for those students.

Thinking of Driving down to Mexico's Tepotzotlán, then don't forget to buy Mexican Auto Insurance. Its the LAW!

There are lots of sites but one that has been around for a very long time is www.DriveMex.com . They have a great system which provides quotes in about a minute and once you pick what you want it only takes a few more minutes before you can print your policy. You can even buy on the go, while on the road. All you need it the fax number of a print shop like Office Max or FedEx Office to put into the system when buying your policy. You can then go to that store on your way and pick up your policy. Normal incoming fax charges will apply but that is a lot easier that hunting for some place to buy it and waiting in line etc etc They also have Mexican Homeowners Insurance for homes and condo's in Mexico and Mexican Watercraft Liability Insurance for the time your boat is on Mexican waters!

Have a great trip.