No poncy remixes for Peter Hook

Chris Robinson for two nights and Alvvays, like, always 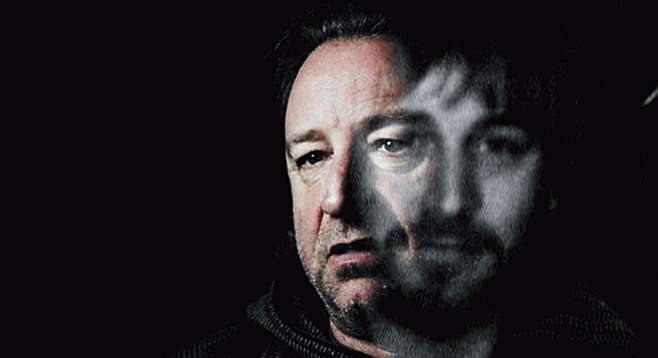 Sunday 23
House of Blues stages L.A. electro-pop duo Capital Cities Sunday night. They have that heavy-rotation (radio and TV) earworm “Safe and Sound.” I scoured the Cities’ Tidal Wave of Mystery record for another standout track, but not even “Farrah Fawcett Hair” made the cut. I remember seeing Frankie Goes to Hollywood once, and much to the audience’s delight their set kept coming back to “Relax,” so maybe it’ll be like that, a lot of “Safe and Sound.” Scavenger Hunt and Night Terrors of 1927 open the show.... There’s a Bleeding Gold Records showcase at Soda Bar, featuring Space Heat, Habits, Alligator Indian, and Via Meteor. Reader contributor Patrick Henderson caught up with head Space Heater Jakob McWhinney (he’s Big Mountain Quino’s kid) for this week’s “I played a skank” Blurt, so flip/click there for more on him/them. 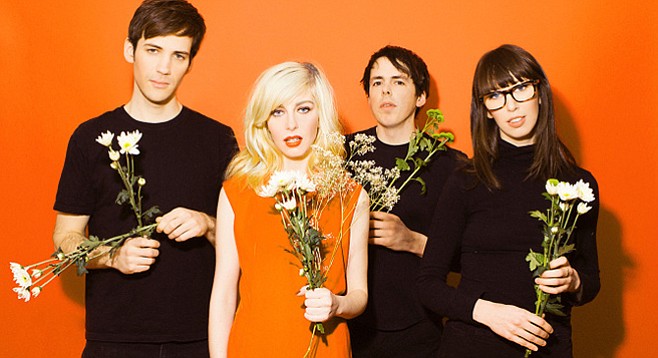 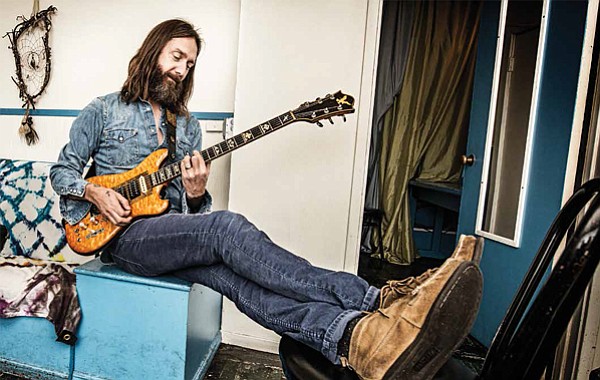 That ever-rolling bowla granola the Chris Robinson Brotherhood checks into Belly Up Tuesday and Wednesday nights!

Tuesday 25
Indie-pop Canada band Alvvays (pronounced always) plays the Soda Bar behind their well-received self-titled record. It dropped this summer to indie-crit acclaim like this from NME: “One of the most jangle-filled and impressive debut albums of 2014 so far.” I like jangle. Liking this record, too. Check out “Archie, Marry Me” on this week’s Crawler pod. Bet you end up downloading the whole banana and maybe even possibly consider ordering up tickets to the show, seeing as you already have your credit card out. With punk deconstructionists Absolutely Free (ex-DD/MM/YYYY) and “grungegaze” locals Scruffles on the bill, it’ll be a funyun.... Else: Another Zeke Production delivers Causers to the Casbah stage after Revulot-Chix, Poontang Clam, and Desolace...while that ever-rolling bowla granola the Chris Robinson Brotherhood sets up camp at Belly Up for two nights, Tuesday and Wednesday, this week. Go get yer fill, hippies.

Wednesday 26
Ex–New Orderer/Joy Divisioner Peter Hook and his new band the Light will light up House of Blues with some of Hook’s greatest hits. And according to his recent Blurt interview with Reader contributor Andrew Hamlin, “Press the button,” “Hooky” plays ’em true, none of them poncy remixes like “Fraud Order” (Hook’s words, not mine).... Also on humpnight, roots ’n’ blues Bedbreakers and JC tribute Cash’d Out split a shit-kicker bill at Casbah.