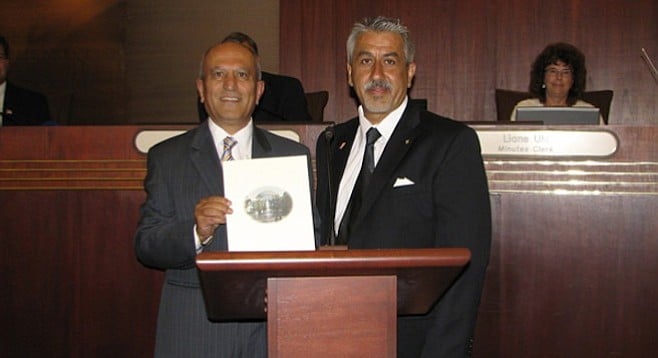 Of all the cities in the county of San Diego, one can boast the spottiest history for tow-truck operators.

That informal honor has long gone to Escondido, and a recent action by the City of San Diego's ethics commission has extended the dubious streak.

As Moss Gropen first reported here back in August 2010, the Escondido tow-truck industry has been at the center of a series of controversies involving checkpoints aimed either at drunk drivers or undocumented immigrants, depending on who is doing the talking.

"Police drunk-driving checkpoints are big business,” wrote Gropen. “Just ask the City of Escondido, which has been racking up profits courtesy of federal grants and an aggressive vehicle-impound regime instituted by the Escondido Police Department with the eager assistance of four local towing companies.

"Has the Escondido Police Department rid its streets of booze-sodden motorists? Or is the checkpoint program just another government shakedown, imposed under the guise of enhancing public safety?" queried Gropen.

The answer: "although 374 cars were impounded, there were only 32 arrests of those suspected of driving under the influence of alcohol and/or other intoxicants. (The vast majority of “impound” motorists were selected due to license or registration infractions.)"

"The data we do have causes us great concern about fiscal impropriety in Escondido,” ACLU executive director Kevin Keenan said.

"The ACLU contends that the fees the city charges for towing and impound costs from people who have been caught at checkpoints driving without a license are excessive and that the city may be profiting from them without telling the state, which issues grants that pay for many of the checkpoints," noted an April 2012 U-T San Diego story.

A subsequent request for a state audit by then-senator Christine Kehoe was later withdrawn because, Kehoe said, a statewide audit of the checkpoints had already been done.

Then there was the matter of Evan Sulaiman Khati, co-owner of Roadway Auto Towing, holder of an Escondido city towing concession.

"In 2006, Khati was charged in federal court with trying to bring an Iraqi man, Wala Yousif Polus, into the country from Tijuana in the trunk of his car at the San Ysidro Port of Entry," the U-T reported in December 2011.

"Khati pleaded guilty in 2007 to a felony count of smuggling in an illegal immigrant and was placed on four years probation. He at first faced a charge of smuggling for financial gain, but pleaded the more serious charge down." 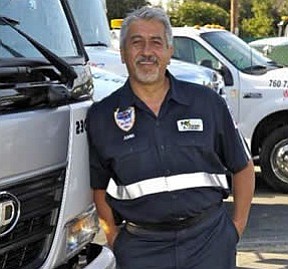 Now comes the case of Amir Iravani and his NK Towing and Road Service.

"Recently, he traded in his NK Towing outerwear for a suit and tie to dine in Washington, D.C., with former speaker of the House Newt Gingrich, who runs American Solutions," wrote the U-T in January 2011.

'The organization is a feel-good group that turns the spotlight on the next generation of business leaders. Gingrich honored Iravani and 149 other business leaders for succeeding in the 'face of adversity and economic turmoil.'"

When NK Towing first received its contract with the Escondido police department, Iravani appeared before the city council in June 2011 to express his gratitude.

"From its start in 2004, NK Towing has been dedicated to providing the highest level of professional service to each city as we have given to the County and to the Southern California Auto Club," said Iravani.

"Thank you for your vote of confidence. Our goal is to meet and exceed all expectations."

Now Iravani has another distinction. 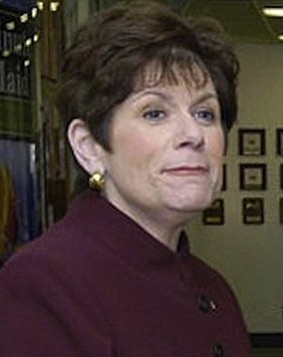 Last week he copped a deal with the City of San Diego ethics commission, admitting he had laundered contributions of $500 each to the mayoral campaign of district attorney Bonnie Dumanis through four employees in early 2012.

"By making contributions in the names of the straw donors," the commission staff wrote, "Respondent concealed the fact that he made contributions totaling $2,000 to a City candidate, four times the contribution limit in effect at the time."

One of the employees named in the stipulation was Tabatha Mangiapane, who was featured in a U-T San Diego February 2010 piece about NK Towing and its female tow-truck drivers, who the paper said made about $35,000 "and up."

"I had to look at her qualifications, not her gender,” Iravani was quoted as saying. “I look for talent, motivation, energy, a person knowing the job and customer service.”

As a result of being nabbed by the commission, Iravani agreed to pay a $20,000 penalty.

Last week's settlements, which also involved three other straw Dumanis donors and totaled $35,000 in penalties, is the latest development in the ongoing saga of the district attorney's shadowy campaign finances.

Why is Bonnie supported by so many criminals?