Sushi Deli 3 has unique sushi at a great price — if you can slow their roll. 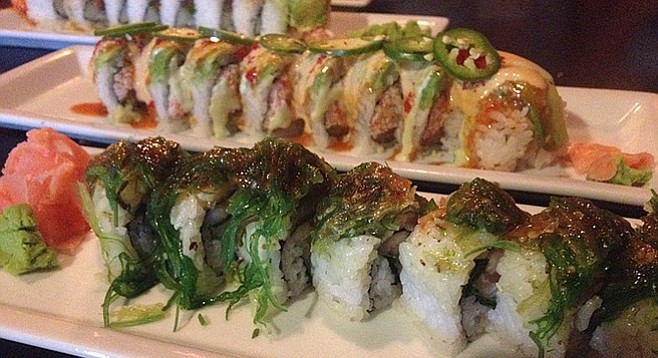 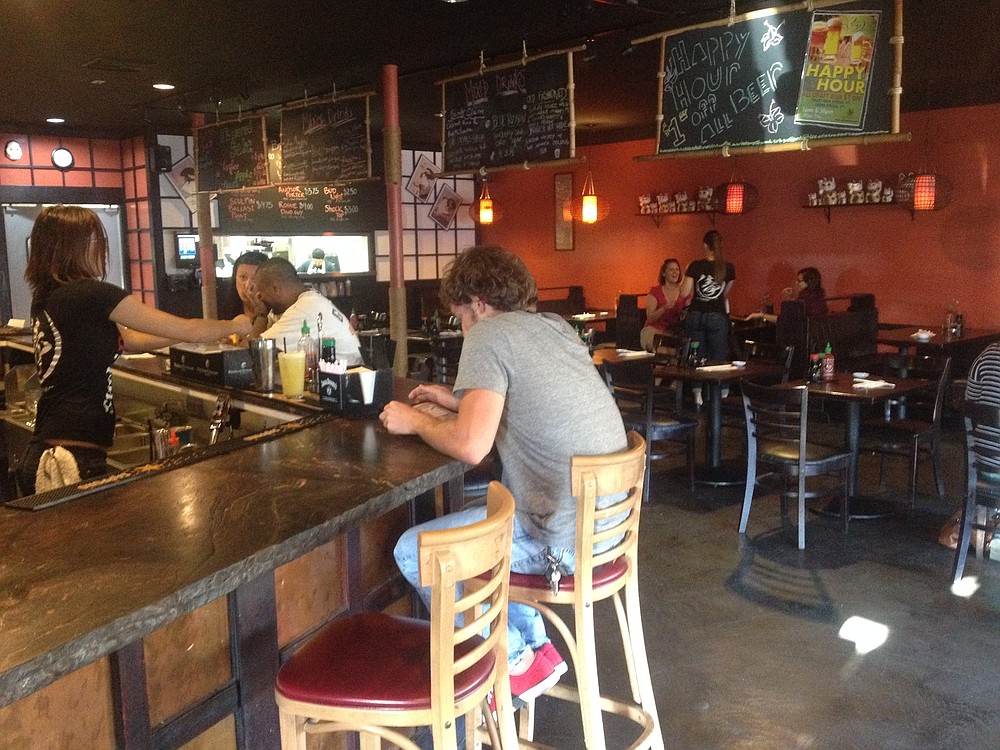 Sushi Deli operates three casual sushi restaurants with locations in Gaslamp, Hillcrest, and Kearny Mesa. I ventured to the last on the list, known as Sushi Deli 3, and found myself in an odd industrial pocket between the 163 and Convoy Street.

Prompt arrival when the doors opened at 5:00 p.m. was rewarded with a short wait in a sizable line. I was seated in the main dining room with small and rigid tables, loud and unforgiving music, and loads of temporary and unattractive signage. A recent renovation added an indoor/outdoor seating area and bar at the back of the building, which looked much more inviting.

The service was friendly, albeit rushed, from the start. The Crazy Milk happy hour special, which included a large Sapporo and small nigori (cloudy or unfiltered) sake ($4.50), was delivered at blazing speed. The server lingered with ticket in hand hoping for the complete food order. Sticking to the appetizer and stalling on the main course slowed the pace a bit. 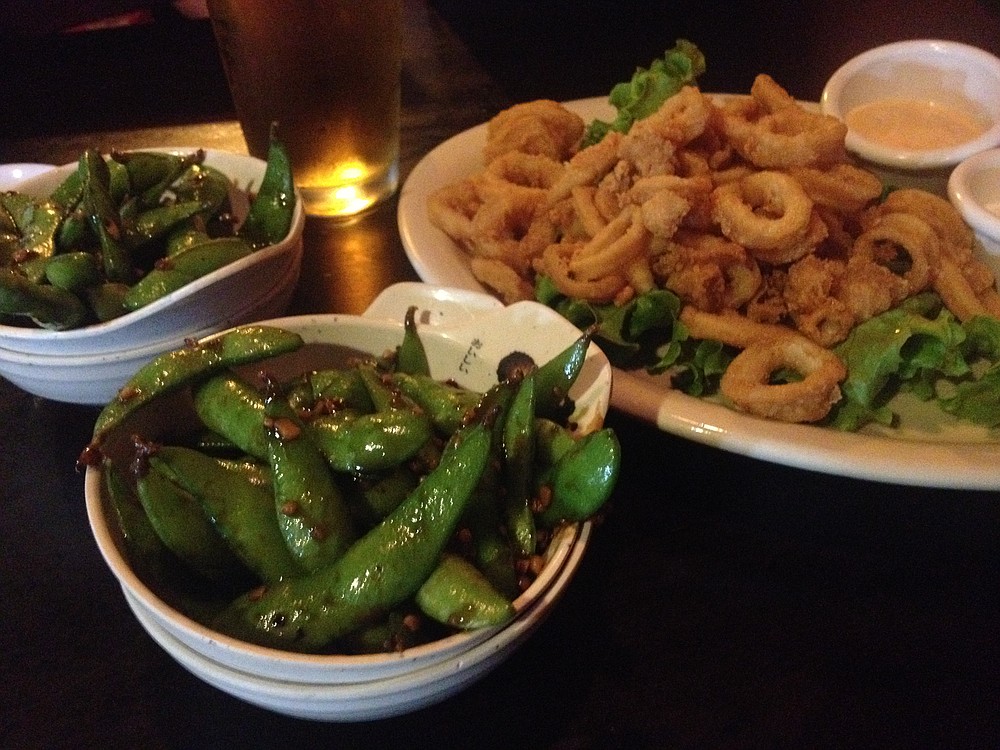 The garlic edamame ($2.99) was savory, salty, and all-around crave worthy. I transformed its leftover garlic sauce into a condiment for the large portion of fried calamari ($4.99). It put the spicy mayo and ranch dressing served with the dish to shame.

The size of the rolls in relation to the cost is impressive. The Island Breeze ($6.99) combined shrimp tempura, salmon, masago (roe), cucumber, cilantro, and fresh jalapeño slices on the inside, and was capped with avocado, surimi (imitation crab), green onion, spicy mayo, and mango sauce on the outside. Sweetness was balanced nicely with spice, and the tempura batter, cucumber, and fresh jalapeño satisfied with a crunchy texture.

The Motion in the Ocean ($9.99) was generously dusted with tempura flakes and contained yellowtail, shrimp tempura, spicy tuna, avocado, jalapeno, and sweet and spicy sauces. The amount of fried tempura flakes included on both the in- and outside of the roll was overwhelming and the richness of the avocado further complicated the issue. I reached for extra ginger to clear my palate before each bite.

True to its name, the Fire Fire ($6.50) included spicy salmon, jalapeño, spicy sauce, habanero masago, and wasabi mayo, with its only cooling qualities being surimi and cucumber. The heat was well balanced due to the combination of peppers and horseradish, but I would have preferred to swap the surimi with a slice of fresh, mild fish such as snapper.

The Ceviche roll ($5.99) was the standout in both taste and originality, and included red snapper, shrimp, and cilantro topped with seaweed salad, lemon juice, and spicy sauce. The seaweed salad, cilantro, and lemon juice were refreshing and enhanced the natural flavors of the seafood.

This isn’t the best sushi in the city, but the recipes are creative, the quality of the fish and rice is good, and the price is definitely right.