Even the customers can get in on it. 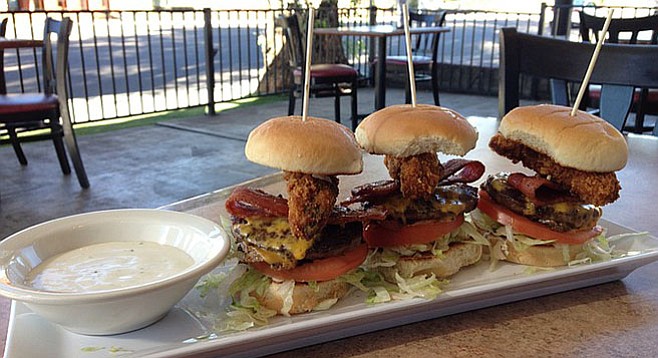 Up the Hill Grill 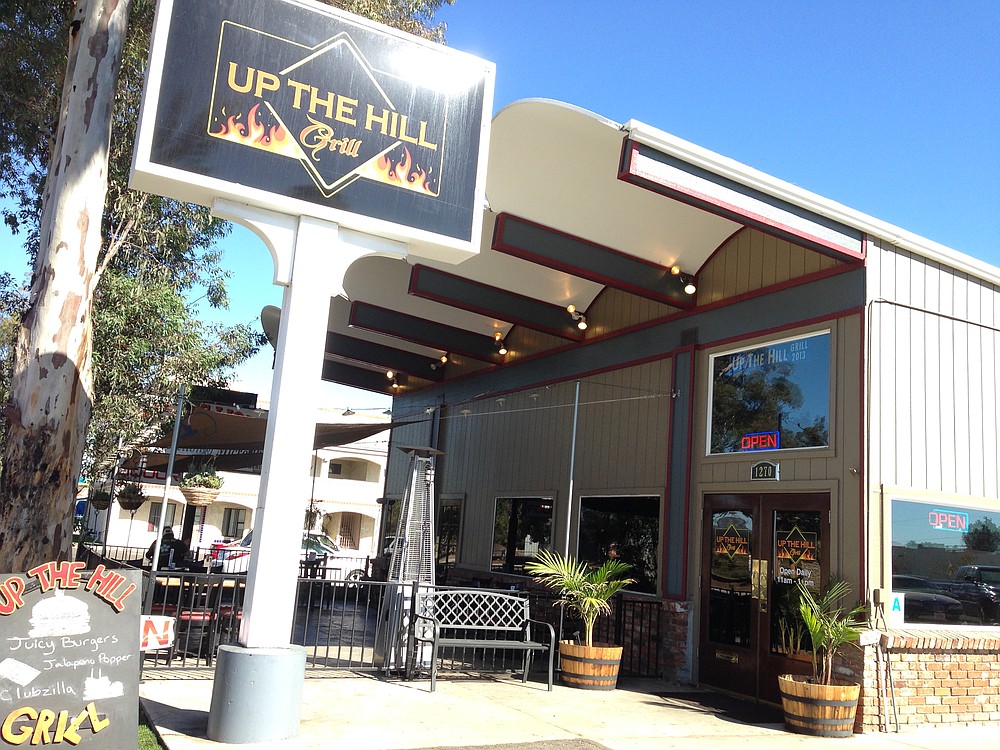 A welcoming spot for the clueless passer-thru.

When you're hungry and in Ramona, you're either going to be hungry a while or eat in Ramona. The place is a long drive going every direction. I passed through last week and knew my stomach wasn't going to make it to Julian, so I stopped in at the first local restaurant I saw that served burgers.

Up the Hill Grill, directly across the street from the Ramona library, opened earlier this year with a pretty extensive burger and grilled sandwich menu. I spotted creative options including a burger topped by mac'n'cheese, and a tempura battered grilled cheese.

They got a little unconventional with the interior as well – building a loft space over the kitchen with corrugate metal, topped by an old motorcycle and the front end of a vintage pick up truck. I'm all for DIY restaurant design, but the inside seemed a little cramped compared to the openness of the large patio.

I spent some time with the menu and settled on ordering sliders over a full burger, partly due to appetite, but mostly because I wanted to check out another unusual feature: fried avo cheeseburger sliders ($9.75). The avocado gets tempura treatment, but before frying they roll it in a special ingredient: crushed Funyuns. Yes, the Frito Lay "onion flavored rings" snack. 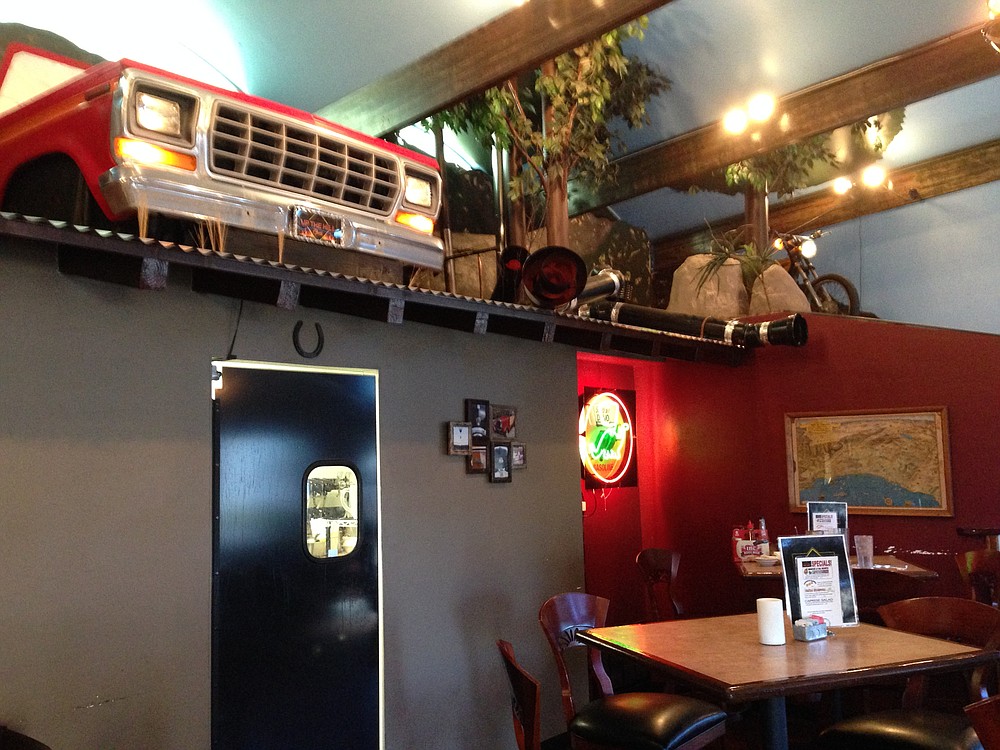 Questions: does the bike still run, and did somebody just have the pickup grille lying around?

I bit into that slider and right away you could really taste the Funyuns. I sat there trying to decide whether that was a good thing. The 15-year-old in my head shouted an emphatic yes! The health-conscious grown man in there said he was pretty sure he could taste the MSG. My diplomatic nature won out. If you're going to deep fry nostalgic junk food, it said, you could do worse than to pair it with a nutrient-rich avocado.

Of course, they serve the sliders with a large dish of ranch dressing, for dipping, so we need to change the subject while I try to pretend I didn't indulge myself shamefully. Lost in the blur is just how good the burger beef may have been. It was certainly not bad enough to stop me.

I took note of the Burger of the Month special advertised on a table flier. This month it was a Capreseburger, featuring a thick cut of mozzarella, sea-salted tomatoes, basil leaves and a balsamic reduction. I asked my waitress whether the Up the Hill team got together to come up with fun burger names each week like the writing staff of animated sitcom Bob's Burgers. She said a customer had actually come up with it.

Then she showed me the restaurant's suggestion sheet, a diagram of a burger — two halves of a bun with a burger patty in the middle, and spaces in between to write-in special ingredients, in the order which they should appear, whether some specific kind of cheese, peculiar vegetable, egg, fruit, slice of meat or deep fried salty snack. Plus, of course, an additional space to write in a clever name for your concoction. Each month, the owners pick their favorite submission, and it gets a featured spot on the menu. You know what they say… only in Ramona.