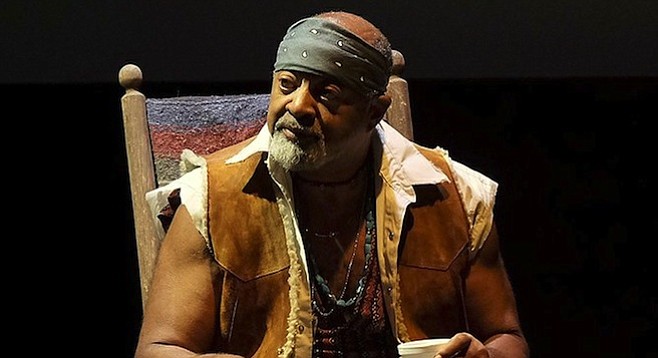 Craig Noel Award-winner shares the roles he longs to play.

“After 35 years of stage acting, I thought a ‘bucket list’ might be difficult to come up with. It has been a long journey and I feel I’m on the other side, making the transition into directing, writing, teaching, or just talking about life as an actor.

“When I think of the parts I’ve played it all seems very satisfying. And at this point only a very challenging part, a very intense playwright, or a very generous salary would encourage me to take my aching body back through eight weeks of rehearsal and performance. But I am an actor for life, not by trade, and there are roles I long to play. I would even give my retiring comfort and a body part to take the stage as these characters before I kick the acting bucket.”

1.) Prospero, The Tempest, by William Shakespeare. “In 2005 I watched the 85-year-old William Hurt portray him at the Stratford Festival. I marveled at his stillness and quick, explosive attacks. I heard Shakespeare’s iambic pentameter as it was meant to be spoken. I want to share that magical experience with an audience.”

2.) Bynum, Joe Turner’s Come and Gone, by August Wilson. “He’s the American Shakespeare. I’ve been involved in all of Wilson’s Century Cycle as an actor, director, understudy, and producer. Bynum’s the ultimate, a mysterious conjurer and magical storyteller, like Prospero, and the keeper of traditions. He delivers the message of life in ‘iamblac mantameter’ when he talks about ‘finding your own song.’”

3.) Martin Dysart, Equus, by Peter Shaffer. “The journey of a character questioning his purpose — in his career and in his life — has always drawn me. When I was in the Big Apple I had two callbacks for Dysart, and quite a comfortable talk with the director, but, alas, I was not cast. This part has that universal connection and levels of emotional mystery so compelling to actors.”

4.) Anelyia Mylatia, My Children, My Africa, by Athol Fugard. “A teacher tries to mentor his students through the struggles of apartheid, give them the right tools to make decisions contrary to social and political influences. I understudied Brock Peters at the La Jolla Playhouse [in the world premiere]. Fugard co-directed. His words ring with beauty and tragedy, his stories of historical truth and hope.”

5.) Ebenezer Scrooge. “My greatest hope is to play him in Doug Jacobs’ version of A Christmas Carol. I ventured through the old San Diego Rep versions year after year and have told everyone who would listen. I can even imagine the cast, out of all the actors I worked with on that show over the years. It’s one man’s redemption aided by friends, family, the mystery of the spirits, and the magic of song.”

"Just five? There’s also Georges in La Cage Aux Folles and either of the aunts in Arsenic and Old Lace, and…well, I have a bucket list after all. Maybe I’m not ready to retire. Is anyone listening?"