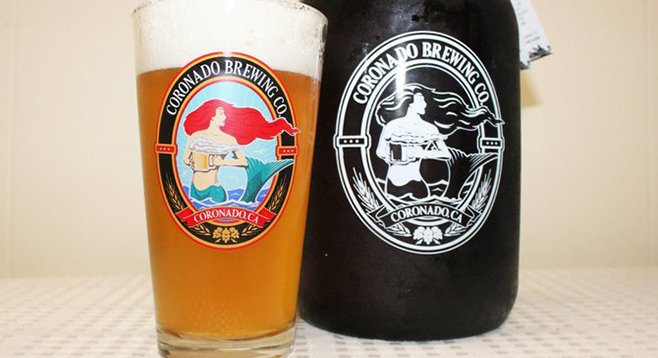 Last year, I packed up my laptop and tasting glass, and boarded a plane for Japan, where I spent a week shadowing brewers from Coronado Brewing Company. The highlight of the trip was being a fly on the wall at Coedo Brewery when CBC director of brewery operations Shawn “DOBO” DeWitt and brewer “Playboy” Pete Falletta took part in the collaborative brewing of a dark strong ale brewed with Japanese sugar cane and soy flour. Even without a common tongue, the islanders forged a fast and happy camaraderie over the craft they shared passion for with Coedo head brewer Hiromi Uetake.

Over an impromptu barbecue and several impressive Coedo brews in the brewery’s parking lot, the trio made a pact to meet up back in San Diego several months down the road. That reunion occurred in early April, one day after CBC was named the best Medium-sized Brewing Company on the planet at the 2014 World Beer Cup competition. Coedo also earned a silver medal, ironically enough, in the American-style Amber Lager category for its Kyara Vienna-style lager. As one would imagine, the spirits were high when the brewers donned boots and paddles for their Stateside follow-up collaboration.

It sounds silly, but the bubbly Belgian-style pale ale that resulted from the day does a good job of conveying its creators’ giddiness. Named Coedonado and appropriately golden in color, it jumps out of the glass, both on the nose and palate. Scents of flowers, grass and bubble gum waft forward, helping taste buds pick all of those nuances up before a sharp, assertive bitterness wipes it all away. At 5.9% ABV, it works for the warm summer weather we have on-deck, and can be experienced at CBC’s mainland tasting room in the Tecolote Canyon area bordering Bay Park.