To Berlin, with politics 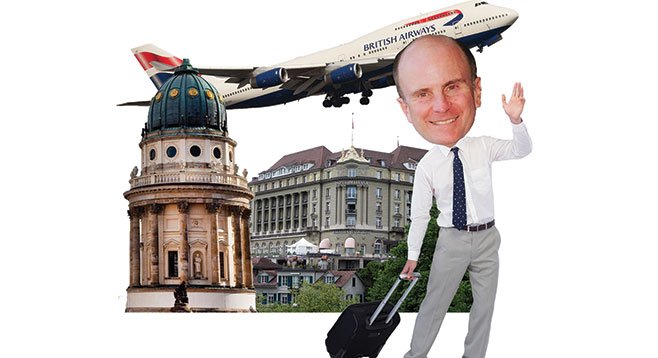 Termed-out GOP state senator Mark Wyland long ago threw in the towel on a planned bid for the Board of Equalization, passing San Diego’s torch to ex–Chula Vista mayor and former Republican assemblywoman Shirley Horton. Her South Bay political pals, including ex–Democratic state senator Steve Peace and fallen port commissioner David Malcolm, as well as U-T San Diego owner Douglas Manchester, are spending big money to back her against Orange County GOP assemblywoman Diane Harkey. (Real estate mogul John Peck of Rancho Santa Fe has gone against the grain of the Manchester-led San Diego loyalists, kicking in $3500 for Harkey.) But though he’s retiring from public life, Wyland is still collecting plenty of cash for his so-called officeholder account, money that can legally be spent for various personal, political, and social activities, including international travel that is related — if ever so distantly — to his official Assembly duties.

A disclosure statement filed in Sacramento shows that a bevy of special interests have been pumping funds into the account, including the Independent Insurance PAC, which gave $1000, and the California Credit Union League PAC, with $1500. Expenditures included an all-expenses-paid weeklong trip Wyland took to Germany last October regarding “Career/Vocational Edu,” the report says. Tabs for the trip included $5441 in travel on British Airways from San Diego to Zurich; $441.70 for a Swissair ticket between Zurich and Berlin; $1402.64 for a layover at Switzerland’s Hotel Bellevue Palace; and a $2401 stay at the Regent Berlin Hotel.

No sooner had San Diego’s publicly financed hotel and restaurant moguls — finally free of financial oversight from fallen mayor Bob Filner — cut their latest promotional spots, there was a bit of trouble in paradise. The new series of commercials reviewing San Diego sights and activities, now airing on YouTube, features, among other famous locals, San Diego Symphony conductor Jahja Ling touting the city’s ostensibly vaunted cultural reputation. Standing in the balcony of Symphony Hall and in front of the Balboa Park organ pavilion, the musical leader lauds those he leads (“They play and move people’s soul and people’s heart”), then offers, “We have a wonderful opera company here, where the San Diego Symphony actually play in the pit for the opera, so they present four great operas every season.” Latest word is that the opera, once set to fold, is now being restructured with a three-show season, to be ready once again for touting as a tourist amenity by the likes of Ling and the hotel magnates.

Last week I heard a vague report from KPBS' culture vulture Angela Carrone who seemed uncomfortable as she backed and filled repeatedly when asked exactly what the New Opera would be offering, how works would be presented and whereabouts.

I think we can bid adieu to the "grand" part of grand opera as we knew it under much-maligned genius former impresario Ian Campbell. For one thing, which was news to me, performances will occur at old-movie-palace Copley/Jacobs Symphony Hall which has no orchestra pit, no wings to speak of and mixed acoustics caused by a giant balcony overhanging all but seven rows of the ground floor seats.

According to Carrone, performers may just stand around singing their parts from scores sans fancy costumes and sans elaborate stage sets. Sort of operatic recitals with already-hired renowned stars.