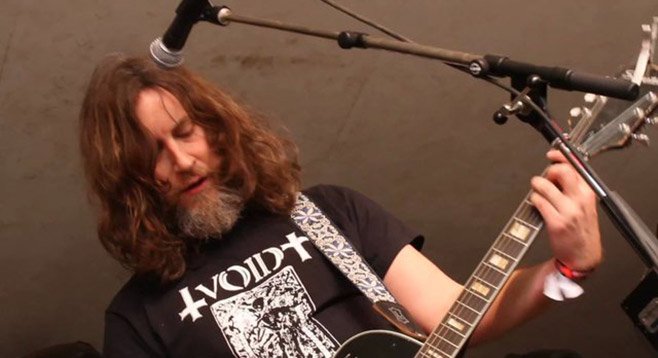 Stream the Crawler podcast for May 29-June 4! Barnaby spins the column with music clips, extra tips, and more!

Thursday 29
Canadian communal rocker Stephen McBean (Black Mountain, Grim Tower, Godspeed!, Thee Silver Mt. Zion, Tra La La Band, etc. etc.) just dropped a new Pink Mountaintops disc called Get Back, which sounds like the seediest and neediest parts of L.A., where the collection was recorded. Though I’m a sucker for McBean’s proggier, guitar-loaded Black Mountain music (quite a seamless string of releases, yes?), I can appreciate the experimental tendencies in the deepest crags of Pink Mountaintops. I haven’t had the time to fully explore Get Back, so I ripped this from Mojo: “‘Shakedown’ and ‘Sell Your Soul’ feel triumphant in a way indie-rock has rarely managed of late, while an intoxicating weirdness drives even their most anthemic moments.” We’ve a clip of “Shakedown” playing us in on this week’s podcast if you’re interested. Worth mentioning that McBean’s American counterpart, J. Mascis, had a hand in this one. The Mountaintops loom on the Casbah stage after L.A. grunge-pop duo Giant Drag, whose Annie Hardy will rap erotic for you during the Pink Mountaintop’s set. Her part in the Mountaintops’ “North Hollywood Microwaves” is causing a squirming stir in indie-crit land.... Best of the rest: Soda Bar serves up Tesco Vee’s hardcore leftovers the Meatmen, who are touring in support of their first record in 20 years, Savage Sagas, which finds Vee “aging perfectly disgracefully.” Black Fag, Vyper Skwad, and the Fink Bombs open the show...Philly’s fun-fueled, folk-rocking Cheers Elephant lumbers into Bar Pink behind this year’s Like the Wind Blows Fire. Local soul-pop and hip-hop trio We Are Sirens go off first...and the cat No Depression magazine calls “the poster-child of grass roots marketing via nothing but a golden voice, a guitar, and a bar,” traveling troubadour Matt Woods plays the Tower behind this year’s well-received With Love From Brushy Mountain. 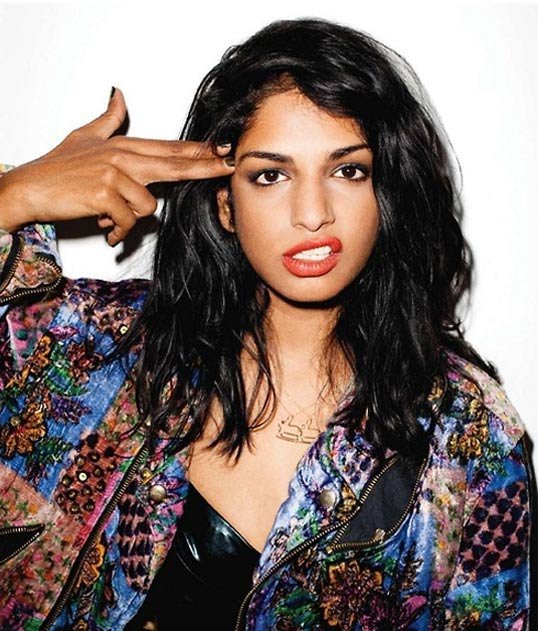 Friday 30
“The underground’s Madonna,” rapper/provocateur M.I.A. (the English–Sri Lankan Mathangi “Maya” Arulpragasam) takes the all-ages stage at Soma. Ms. M.I.A.’s an artist with her fingers in all kinds of pies, an art student who designs her own records and stage shows, often with inflammatory (militaristic) imagery. She is out to tout her latest record, Matangi, an exhausting but ultimately rewarding “broiling stew of noises: distorted Bollywood samples, honking bro-step electronics, glitchy rhythms and vocals manipulated into stuttering noise, and ferocious bursts of sub-bass [The Guardian].” Hit up a clip of “Bad Girls” for a taste. It’s got all that.... From NYC, the un-Google-able five-piece Perfect Pussy plays the Ché Café with, appropriately enough, Potty Mouth and Diva Cup. PP’s 2014 Captured Tracks release Say Yes to Love is an ear-ringer for its blown-cone approach to pop-punk and waaaay tmi lyricism. Singer Meredith Graves says her songs are “happy revelations about incendiary events.” Uh-huh. Anyway, real good opportunity to go say “Hey”/”So long” to the Ché, which closes indefinitley in September.... Else: L.A.’s Wages and our own Manuok split an ambient indie-rock bill at the Whistle Stop...Shakedown turns it up with acid-rock throwbacks Dowager, Red Wizard, and Black Prism...while the hard-rocking Thousand Watt Stare lights up Soda Bar after Implants and Castoff. Dave Good gave you the goods on this one in this week’s Of Note, so flip or click there for more on that. 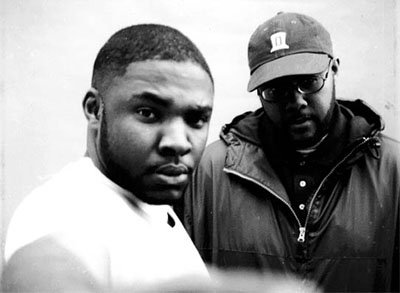 Hip-hop hits Blackalicious have the mic at Belly Up Saturday night.

Saturday 31
For going on 25 years, Sactown hip-hop duo Blackalicious has been an on-again/off-again reminder of old-school rap, spitting “tongue-twisters over classic beats.” They are touring in advance of this year’s Emoni, Gab and Xcel’s first in a decade. Hit up this week’s podcast for classic Blackalicious track “Blazing Arrow.” They’ll headline sets at Belly Up after Lifesavas and Soul Rebels.... There’s some old-school punk bands in town tonight, too, as Monrovia-born hardcore band Decry takes down the Tower (their 1984 Toxic Shock debut Falling is an essential set for fans of the Left Coast brand), while British anarcho punks the Mob invade the Ché (30 years on, the band’s released a super-solid seven-inch in “Rise Up!” b/w “There’s Nothing You’ve Got I Want,” so be sure to hit up the merch guy for that).... Other mentionables around town’d be Lake Tahoe folkies the Dead Winter Carpenters who will be across campus at the Loft. Western Collective opens that show...local retro-rocker Jimmy Ruelas jams at Seven Grand...SD punks of yore Kill Holiday are playing a reunion show at Soda Bar after another throwback act, I Wish I...Casbah’s hosting a night of Punk Rock Karaoke, backed by the Touchies and the Widows...and Hillcrest hideaway the Merrow welcomes air-guitar ambassador Lt. Facemelter with this year’s contingent of U.S. Air Guitar wannabes. Saturday is the San Diego qualifiers. Winner of that moves on to this summer’s finals in Kansas City, baby! Yes, your imaginary roadie can go with you.