...push play on the pod for music clips of Monk's gig picks 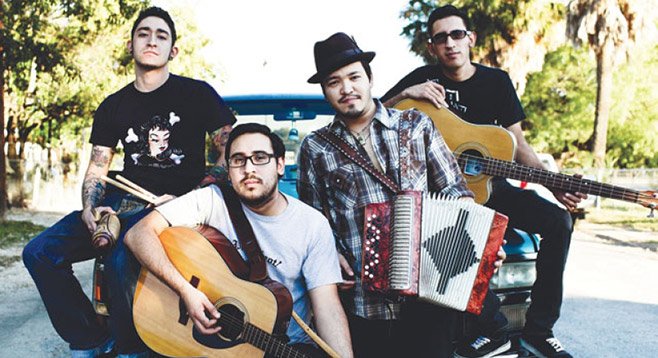 Stream the Crawler podcast for May 29-June 4! Barnaby spins the column with music clips, extra tips, and more!

Sunday 1
San Diego son A.J. Croce has been touring in support of this year’s well-received smorgasbord of songcraft Twelve Tales. Easy to understand why all the different flavors (jazz, folk-pop, blues, and rootsy rock), as the singer/songwriter wrote and recorded the thing on the road in several cities with several different producers. Hate to name names, but there are some serious names on this CD sleeve. Croce takes the stage at Belly Up Sunday night after local folkies the Nate Donnis Trio.... Otherwise: Southern rapper CyHi the Prince delivers his Black Histori Project (produced by Kanye West) to Porter’s Pub...while Soda Bar stages L.A.-based hypnotic-pop four-piece Incan Abraham with like-minded locals Inspired & the Sleep. 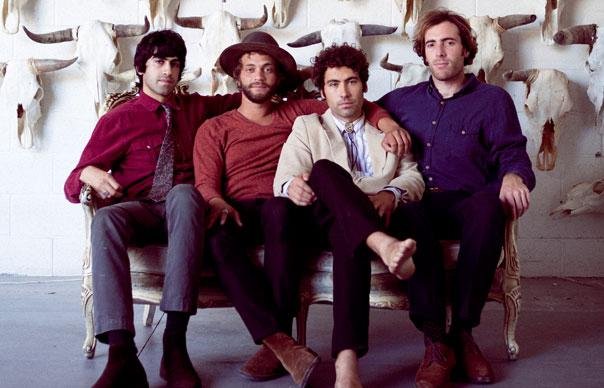 Monday 2
Soda Bar sets up Piñata Protest Monday night after Mochilero Allstars and the Johnny Deadly Trio. Piñata Protest is an accordion-driven punk band from San Antonio, Texas, whose fusion of Tex-Mex and punk, according to the L.A. Weekly, is “festively energetic.” It’s Selena meets Slayer, the Ramones and Ramon Ayala.... Not your thing? L.A. alt-rockers Crash Kings hit Casbah in the Dark of the Daylight...while that art-damaged dance-pop diva Lady Gags yaks at Viejas. 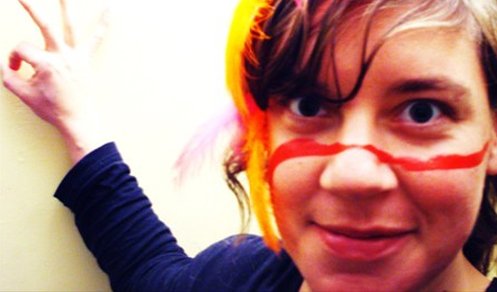 Tuesday 3
Was beginning to wonder what ever became of L.A. garage-pop act the Allah-Las. They dropped that teasing s/t basement tape in 2012 and then poof. Well, here they are, at Belly Up, fronting “the Deus Ex Machina screening of I Had Too Much to Dream Last Night.” Sounds like a night of discovery...or not, as 30-year-strong Cali alt-country punks Camper Van Beethoven pull into Casbah behind this year’s El Camino Real. Be sure to catch up with CVB in Dryw Keltz’s “El Camino breakdown” Blurt in this week’s ish.

Wednesday 4
The curiously popular odd-pop player Tune-Yards plugs in at the Irenic Wednesday night. She wants it typed like this: tUnE-yArDs. And I guess I should tell you she’s got a new CD on 4AD called Nikki Nack, whicheveryonewhosanyone will tell you is “intelligent” and “ebbulent” [sic]. It’s sugar-free bubblegum. But you go...I’ll be at the locals-only Heavy Glow CD-release show at Soda Bar, rocking crazy monkey style with the Schitzophonics, Neighbors to the North, and Grim Imperials.