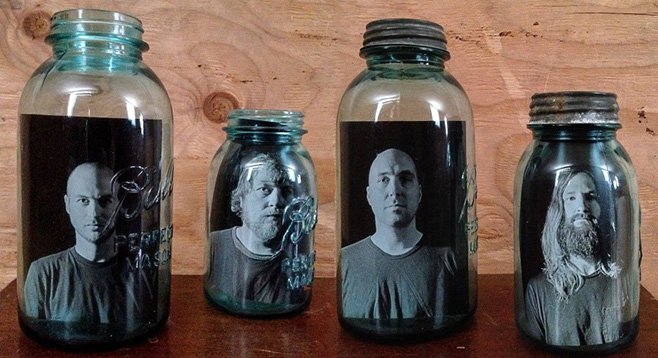 Kids’ rock duo Hullabaloo will debut their Shy Kid Blues CD in Solana Beach on May 31 at the North Coast Repertory Theatre. “Shawn Rohlf of the 7th Day Buskers produced the album,” says Steve Denyes, “and he’ll be onstage with us playing mandolin.”

Falling Doves drops their Ready to Go full-length at Mother’s in O.B. on May 30.

The Donkeys’ Ride the Black Wave, recorded at local Singing Serpent and mixed by L.A.’s Thom Monahan, debuts at the Irenic in North Park on June 6.

The release party for Match and Kerosene from country rockers High Rolling Loners happens in City Heights on June 17 at Soda Bar. “I directly challenge any other shows that night to a face-off,” says singer/guitarist John Verruto. “Because it’s a Tuesday, the competition in town isn’t too huge. Steve Winwood is playing that night, but he doesn’t have the rest of Traffic backing him, [so] we would blow him out of the water.”

Americana folkie Peter Bolland will release his first album in seven years, Two Pines, on June 27 at Mira Mesa’s Unity center. “This show is special because I haven’t played with a band in about five years; I’ve been a solo acoustic act,” says Bolland, who’ll be backed by Marc Twang (guitar), Jim Reeves (bass), and Bob Sale (drums). “Both Jim and Bob played on the album, and we’ll be performing most of it, as well as songs from the last two albums I made with my band the Coyote Problem.”