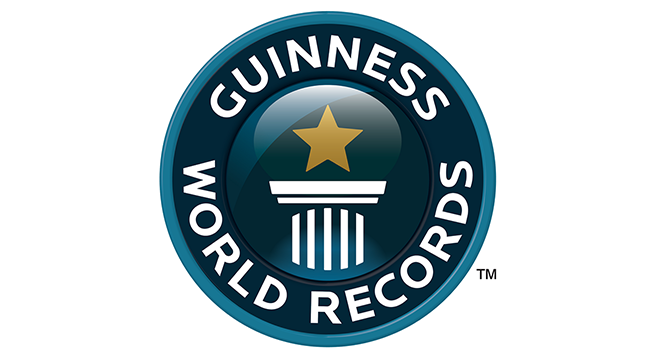 The old: a group in India read Bible stories non-stop for 72 hours.

To celebrate, after a well-deserved time out, they kept going for another 24, unofficial hours. At least 100 local actors and musicians joined in.

The entire event, record and celebration, lasted 100 hours and 42 minutes.

DO NOT TRY THIS AT HOME. Or even at a theater.

Robert Smyth, Lamb’s artistic director, cites reasons for the success: “great logistical work backstage and the front of the house; the core of actors have done so much work with us, and understood the stories and the characters so well; and the stamina and joyous spirit shared by performers and audience throughout.”

The rules were severe.

Guinness filmed with two cameras in the back row. Two time-keepers made sure the intervals were copacetic.

So 20 “core” actors and 76 hours? Divvied up, that means each does between 14 and 17 shows. Along with aesthetic schizophrenia, when do they rest?

One answer: do four in a row and carve out sack time – if you can, since you’ll be so wired that sleep won’t come.

Robert Smyth did three in a row, including the solo piece Damian. “I wasn’t tired,” he says, “but I was emotionally smacked.”

Deborah and Colleen Kollar Smith, in fact, did 23 shows from Thursday through Monday night — which must be a Guinness Record as well!

SO HOW’D THEY DO IT?

The timers — almost every stage manager in the area volunteered — ran such a tight ship they changed scenes in a minute and a half (not the max of two). They switched plays in four and a half, not five.

Which caused a problem. The shows ran ahead of the slotted times. So they had to insert others to fill in gaps.

Kristen Zucht, who spearheaded audience-building, booked extras for each shift. Even with this precaution, at times it looked like the number might fall just short. That’s when staff members got on the phone. The lure of participating in a World Record (even got the t-shirt) helped. 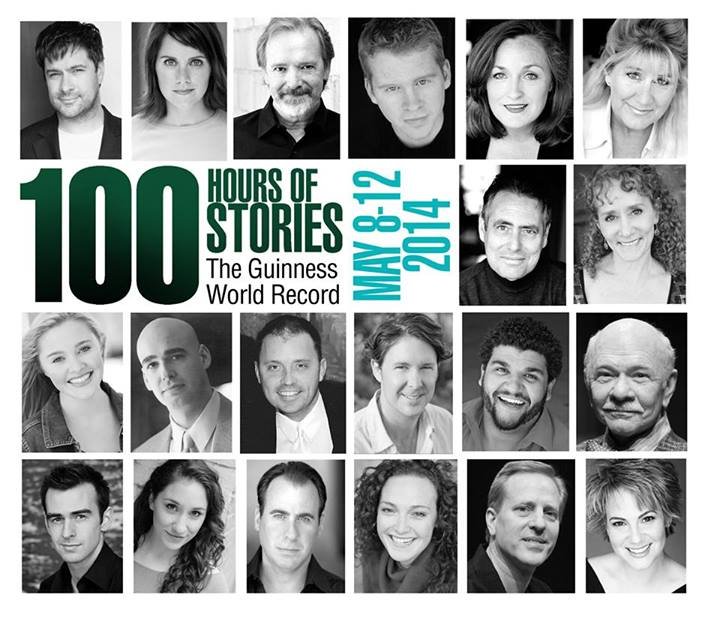 Colleen Kollar Smith called a friend at 3:00 a.m. The friend agreed, adding “you don’t see a whole lot of people committed to something these days.”

By Sunday evening, as they neared the record, the newness had worn off. But not the spirit.

“The best word for the experience is ‘raw,’” said Smith. “Because of the lack of sleep, there are literally no walls between performers. Many of us felt it’s the most vulnerable performance we had ever given.”

But here’s where the audience came in.

“The people get what it is,” said Susan Clausen, Lamb’s press rep. “They are in on it.”

Some were just as glassy-eyed as the actors. The ones with heads tilted, or half-asleep, may have done several shifts. On Sunday, at 7:30 p.m., Mike Roeder, on Lamb’s Board of Trustees, had seen “67 hours and counting.”

During readings there were glitches, cues missed. But instead of Shame On You Silence, the speaker and the audience would laugh together. Sometimes actors new to the play would be the character, when reading, and themselves when not. They’d react to a joke or a surprising choice someone else just made.

Overall there was an amazing, collective forgiveness. I don’t think I’ve ever seen such open reciprocity between actors and spectators to this degree.

And so informal: raised platform stage, music stands, a piano, folding chairs. No scenery or costumes. People walked in and out, whenever. Part of the deal.

During Godspell, someone sneezed. “Bless you,” said Lance Arthur Smith, playing Jesus. Everyone caught the irony: was it Smith blessing her — or the Lord?

The point of the marathon was to raise funds for the theater. And they did. An estimated 250 people donated who never had before.

A surprise: It also turned out to be an audience-raiser. Some, who came to be part of history — with the t-shirt to prove it — saw live theater for the first time. And said they’d come back.

100 Hours stretched the actors and the theater beyond any known — or possibly even imaginable — experience.

Colleen Kollar Smith: “Everyone cared for each other. Folks were quick to help someone out who really needed an hour nap…and they just had a three hour nap. That sense of camaraderie — we giggled a lot between laughter and tears — was a joy.”

Deborah Gilmour Smyth: “Those of us who were there from the start couldn’t stop hugging each other at the end. It was a little like summer camp for adults being over…”

Robert Smyth: “Amazingly, most of us wanted to keep going.”

As I watched on Sunday night, I suspected that reaction. Suddenly the maelstrom would be over. And amid profound exhaustion and bleary relief, everyone involved would realize that this was a singularity, a onetime only experience they could never, ever, repeat.