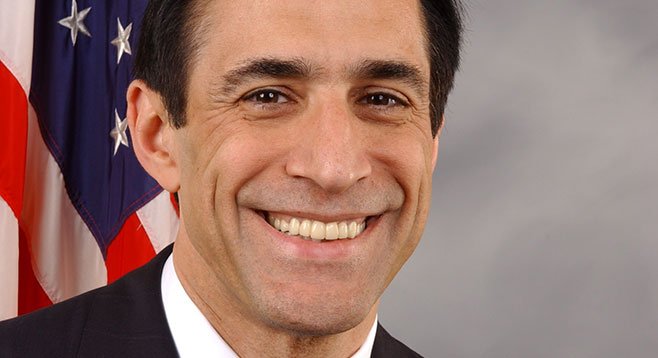 A top aide to Republican Congressman Darrell Issa enjoyed a TV star–filled jaunt from Washington to Las Vegas and back last month, thanks to the generosity of the National Association of Broadcasters. Veronica Wong, Issa’s deputy chief of staff in charge of telecommunications, departed the capital on Sunday April 6 and returned two days later after attending NAB Show, “where content comes to life,” according to an April 21 disclosure filing. The total tab, including $298 for hotel, $875 airfare, and $105.15 in meals, was $1428.66.

One night each was spent at the Encore and Wynn Las Vegas hotels, the filing says. Special events included the broadcasting hall of fame induction. “This gathering is always a highlight of the convention. You’ll raise your glass to award recipients who helped our medium merit its central role in American life — ‘Everybody Loves Raymond.’ The cast of the show will be there to accept the award, including Ray Romano, Patricia Heaton, Doris Roberts, Brad Garrett and Monica Horan, along with the show’s creator, Phil Rosenthal.”

Then it was off to see the exhibits. “Explore the most cutting-edge innovations through interactive exhibits, on-floor education, live demonstrations and technology-focused pavilions. Meet with C-level executives, industry pioneers and technology gurus responsible for the development of these products and integrated solutions. Program participants will visit vendor booths and see exhibitor displays through this tour of the show floor.”